Happy Bonnaroo Week!
In case you've missed the news about me giving away a prize every day in June, it's true and you can see pictures of everything here.
I've documented each Bonnaroo visit, (some better than others), to keep track of my amazing experiences with a good blend of photos and stories. If you're looking to reminisce about a certain year or see what you missed, here you go:
2007  |  Thu - Fri - Sat - Sun - Mon
Acts I saw:  Clutch, Cold War Kids, Kings of Leon, The Nightwatchman, Tool, Ben Harper, The Police, Sasha & Digweed, Gov't Mule, Wolfmother & The White Stripes
How was it? Totally unprepared and it was unbearably hot. Still, it was magical, I fell in love with the experience and my favorite moment was watching the sunrise on Sunday morning.


2015  |  Wed - Thu - Fri - Sat - Sun - Mon
Acts I saw:  Unlocking The Truth, Ryn Weaver, Temples, Glass Animals, Benjamin Booker and Gramatik, Brown Sabbath, Royal Blood, Against Me!, BonnarRoots Community Feast, Guster, Tears For Fears, Ben Harper, Earth, Wind and Fire,  Deadmau5, Bleachers, War On Drugs, Wild Adriatic, Gary Clark Jr, X Ambassadors, Slayer, Mispers, TwentyOne Pilots, Awolnation, Florence and the Machine, Robert Plant, Billy Joel
How was it? This year was freaking hot. Back with the volunteer team and we rocked it. My favorite moment was singing along with the team during Billy Joel. Also, being thrown in the air by the Bonnaroo Cheerleading Squad was pretty neat.

2020  |  We all missed it. :(
Most importantly, Bonnaroo teaches us that Music is the greatest gift of all.

ADDITIONAL NEWS:
WHY: An art project by Bonnaroo Chris
While We Wait: A list of fun things to during COVID
MAIN PAGES:
How To Bonnaroo: Tips and ideas from Bonnaroo Chris
Concert Timeline: documenting every concert I've ever seen 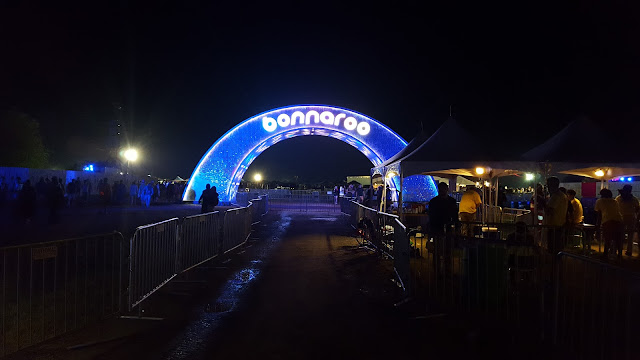