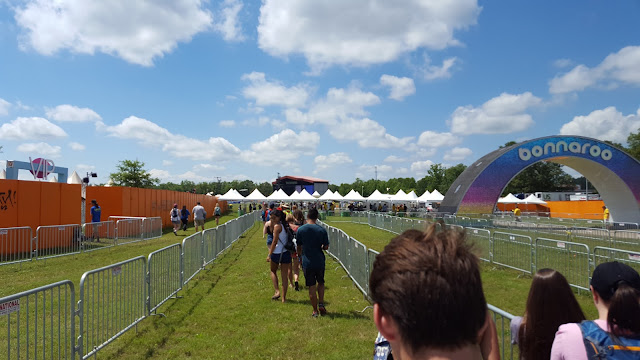 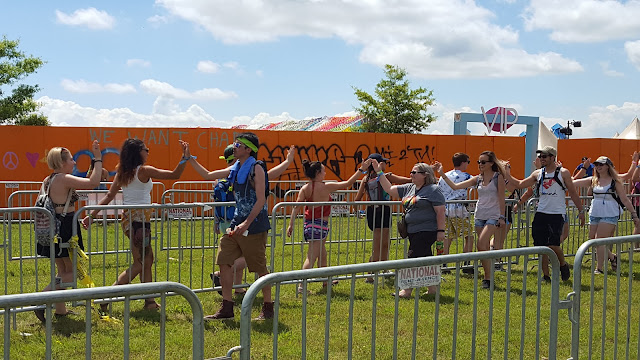 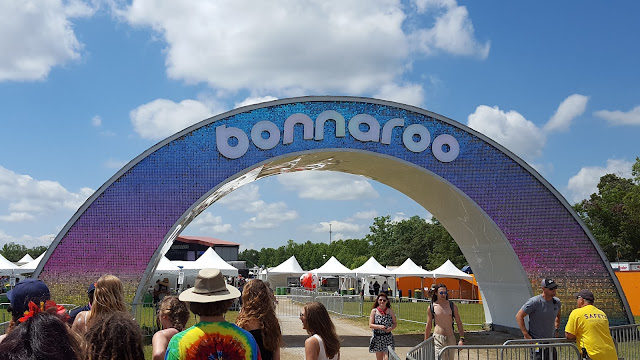 Another first. I usually que up on the 'Other' side of Centeroo. Or, when I was volunteering, I was inside before the gates opened. Either way, I have never done first entry into Bonnaroo via the Arch.

SO MANY HIGH FIVES.

I'm now fully Bonnaroo-ing. Lots to see but I don't miss lunch and my first meal is at the Cracked food truck and their infamous Vegasam breakfast sandwich. With tots! I see my friends Shawn and Patrick at the Soberoo Tent, which offers meetings throughout the day, each day of the festival.

I spend $30 at the Chargr booth. Their package includes one credit-card-sized battery (with duel Droid/OSX cable) and three tokens for one recharged battery exchanged for each. I have a Galaxy 6 and only averaged 55% charge with the phone powered down. Still, it helped. 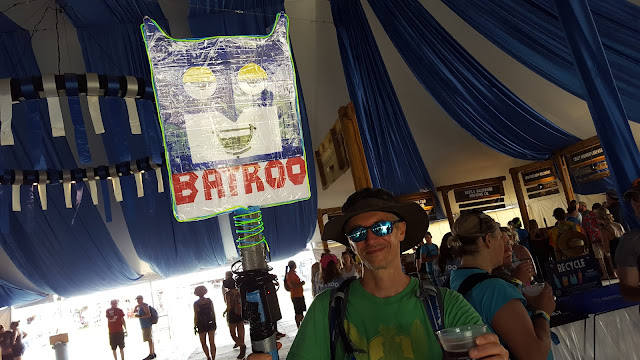 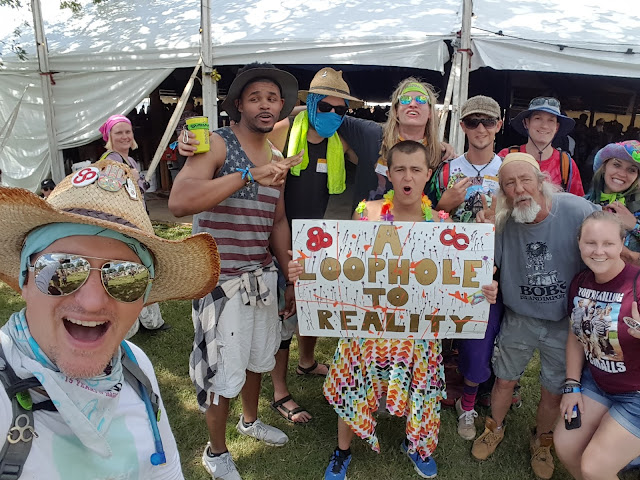 Then it was time for the meetup at the Broo'ers Festival with Chris aka Batroo. Good to see some folks over an amazing but pricey beer selection. Got a picture with the Loophole gang. (Later published in the Bonaroo Beacon!)

Hamageddon was THE best festival dinner deal. They cook the pig right there on the Farm. $15 gets you a side of fresh pork and three sides, the best of which were: baked beans, collard greens and mac & cheese. So. Flipping. Good. 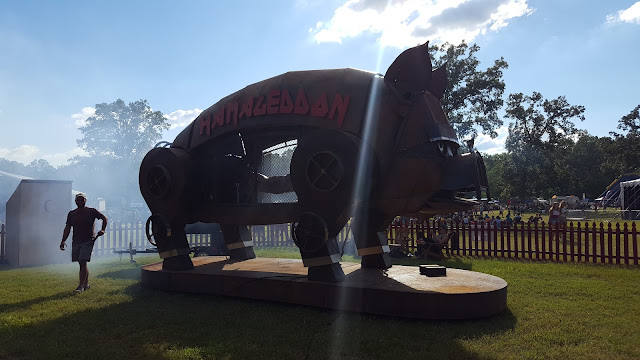 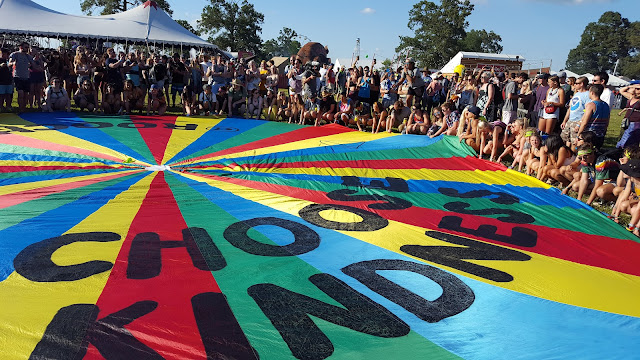 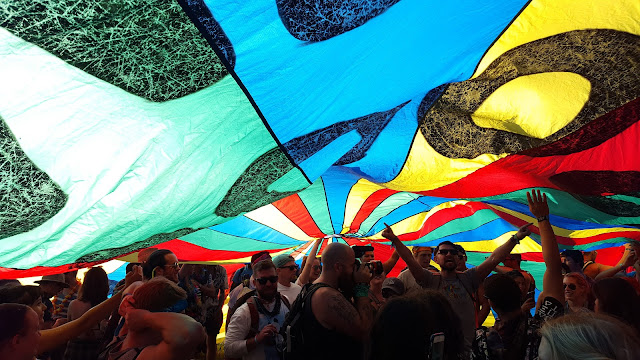 Hippo Campus at This Tent followed by July Talk. And I got to see the guys from RooChute!

Plus, I found Pondo and renewed my membership to the #pondoarmy. Amazing folks, these Bonnaroovians.

Couldn't ask for better weather. Sunny but cool. It was time for a $7 Coors Light. 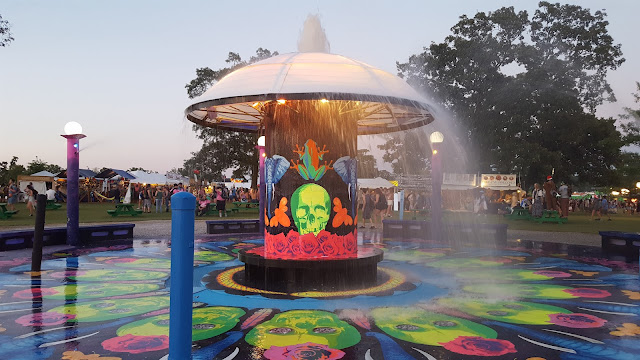 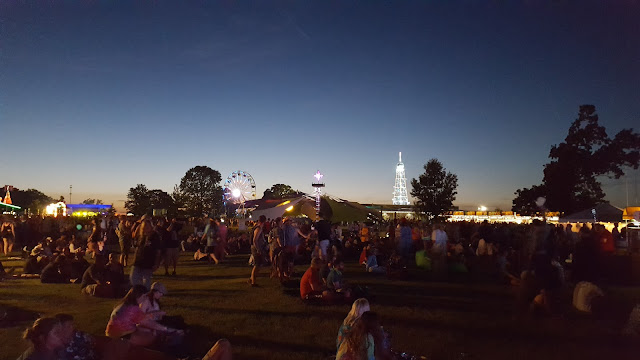 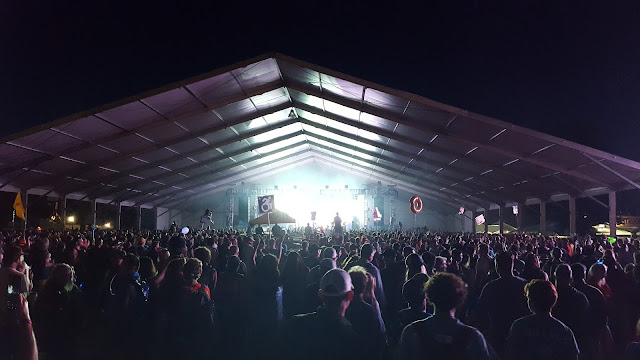 The Orwelles were screechy but fun. Mondo Cozmo and his cover of Bittersweet Symphony was pretty damn good. The Lemon Twigs were not great, a bit off-key and just, not great.

Fortunately, the crowd was light so I was two people from the front of the next show, Taurkauz. Being up front is interesting as you see the incredible amount of crap left behind. Sunglasses, a shoe, a camelback bladder, blunt wrappers, on and on. During the stage reset, an impromptu session of 'Oh Baby You' broke out. 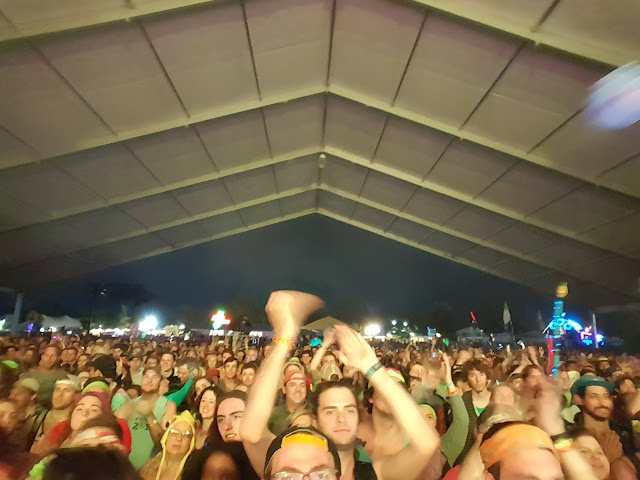 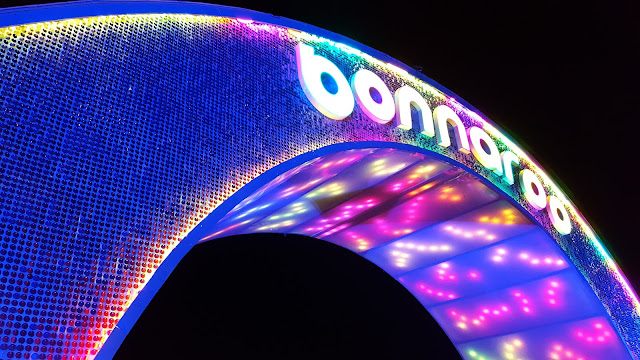 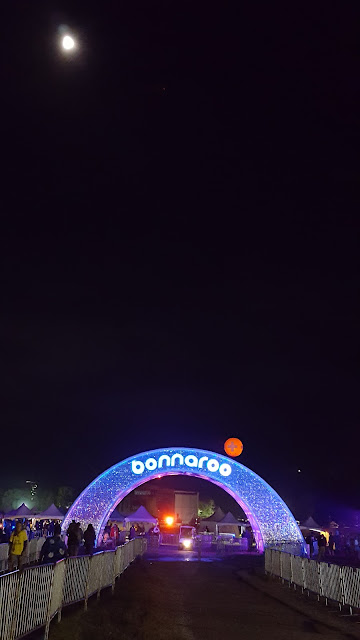 It was early in the morning when I headed back. I was chilly - a lot of people were. Plenty of blankets and thermal barriers on my bunk, so I slept well.

It was just too damn cold when I woke up at 6am to pee. #roolife