For the first time ever, Bonnaroo Chris attends the festival solo. 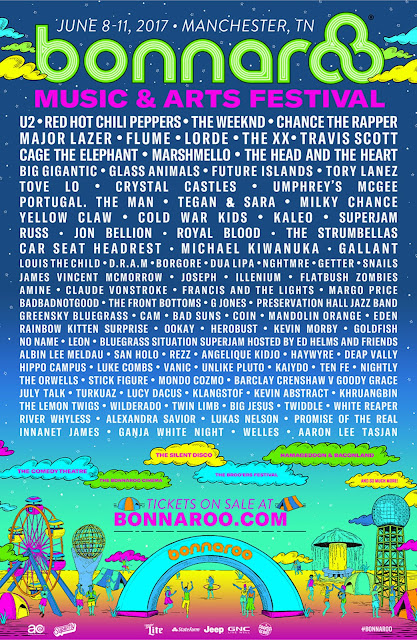 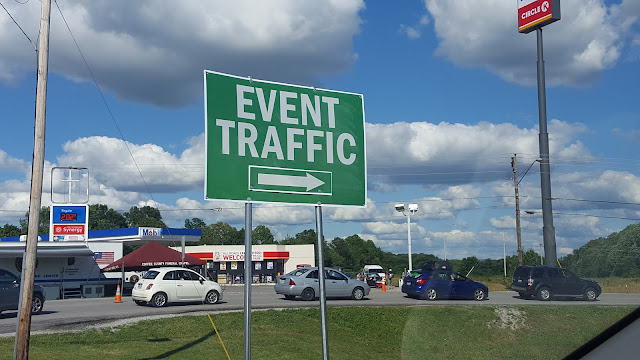 It's just after 4 am and I'm on my way to Bonnaroo.

I packed the car the night before, even the cooler and ice, just to be able to get an early start. I've done this process nine times before and yet, I still get some butterflies as I do it. What's more, this is the first time I have ever travelled to the Bonnaroo Music & Arts Festival by myself. I've always gone with a buddy or, as in the case of the past three years, an 8-person volunteer team. And here I am, at the start of a 700 mile drive, beginning in Florida, making my way up I-75 toward that magical place in Tennessee. 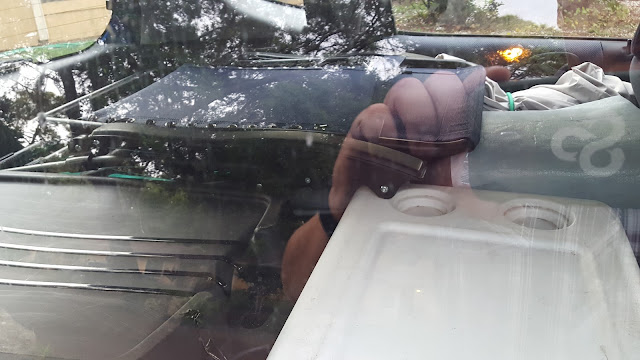 It rains on and off. Crossing from Florida into southern Georgia is like walking into the Dead Zone for terrestrial radio. Unless, of course, you enjoy either the gospels of Jesus or hard-line conservative political talk And isn't there some irony in having hateful political discourse on one channel and 'Love Thy Neighbor' on the next? Luckily, there was one classic country station that kept me going with some Johnny Cash and Hank Williams. Thank dog for the R&B stations in suburb Atlanta. That said, it's a good thing I like the song "Something Just Like This," by The Chainsmokers cause I must of heard it 200 times during the course of the roundtrip.

I do the speed limit through Georgia and Tennessee on purpose. Not that I have anything to hide but because law enforcement makes no effort to be politically correct during Bonnaroo entry. No need to invite trouble.

The drive takes 11-hours and three gas fill ups. I pull onto the shoulder of Exit 114 around 2:30 pm CST and wait. People are out of their cars, looking for the signal that we need to move. Everyone is energized but holding it in. Law enforcement cruises by every few minutes on motorcycles. A girl hands me a flyer about the parties in SooperGroop including DJs and dancing. Her shirt reads 'Dubstep ruined my vagina.' 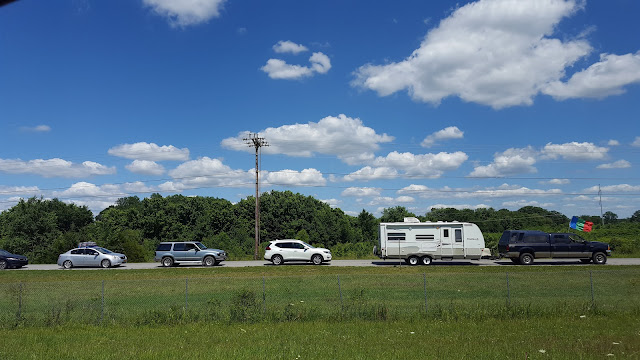 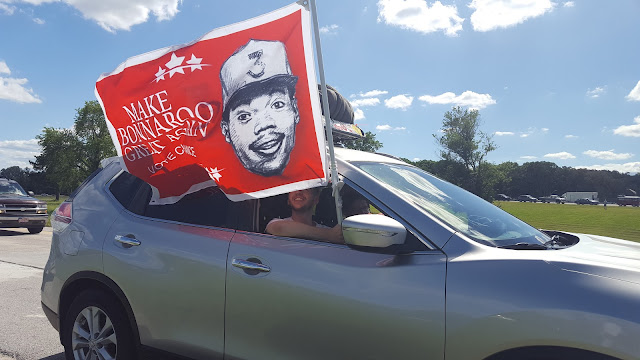 All told, I'm in line for three hours. At one point, it stops being a neighborhood road and turns into a massive check station, with maybe 10 lines of cars. The sheriffs have positioned themselves at the entrance and they interview folks in their cars before deciding to pull them in line for an indepth security check. Three cars each have all of their contents opened on the ground, with the owners standing nearby by looking miserable. I see 'dubstep vagina' girl being led away by a sheriff.

My interview is brief. He taps the side of my car, leans in and asks where I'm from. I go into a story about Florida and how it's humid and it's like heaven's waiting room and how terrible the weather was for my drive up and ... His hand waves at me as he stands up. He taps the car again, "Enjoy your weekend, sir," before heading over to a white pickup truck. 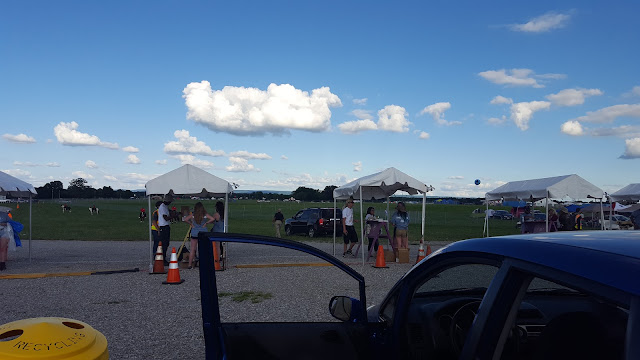 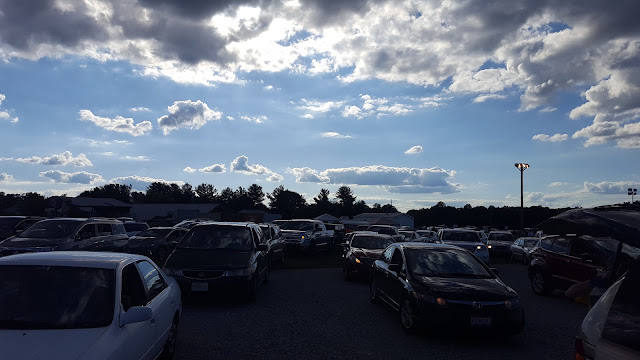 The volunteers who go through my car have an easy task - I don't have a lot of stuff and it's all packed neatly into bins. They appreciate my technique. Off I go to the land of Pod 2, narrowly missing getting camped in the trees (and natural shade). I am now in Camp Roger Sterling, not far from The Garage. First time I've ever camped here.

Camp setup was easy this year. I used a 10x10 eazy-up sun tent, the fancy model with the huge buttons to raise the tent legs. It's windy today so I use four heavy duty stakes to keep it in place.
Next, I attach tarps along the outer edges using bungees. These tarps leave a 6" gap along the bottom and top, where the sun tent overlaps the tarp. Then, I use the same method to add sheets along the inside perimeter, which also leaves the same gaps. The sheets are bright and colorful, and are just to hide the tarp. Plus, they help fill in the corner gaps for privacy. By leaving an opening along the top and along the ground, the airflow is good, even stacked next to other tents.

I also ran a light colored tarp over my dark car. This was my first attempt and it worked well at keeping the car temperature lower since I store all of my food and gear in the car while in Centeroo. I used cut pieces of a pool noodle along with ropes and bungees to hold the tarp down as well as to create passages of airflow beneath it. 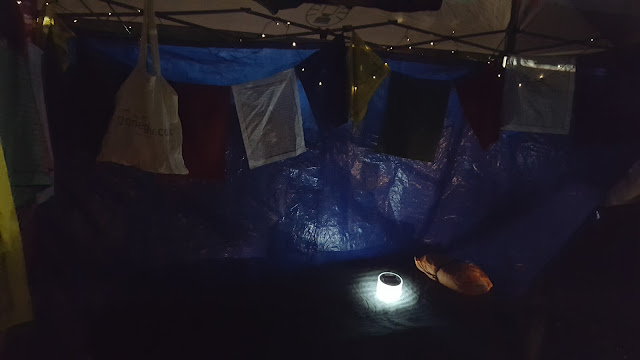 Some solar string lights and prayer flags around the inside of the tent made it complete. I setup my Slumberjack cot with extra blankets, it's gonna get cold tonight but I'm ok with this. 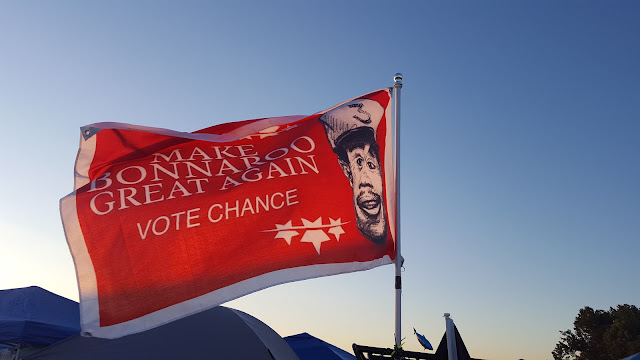 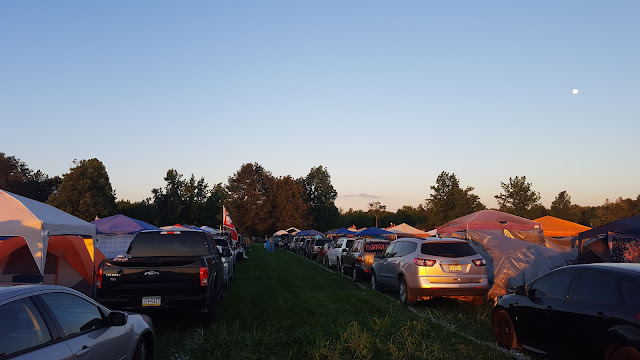 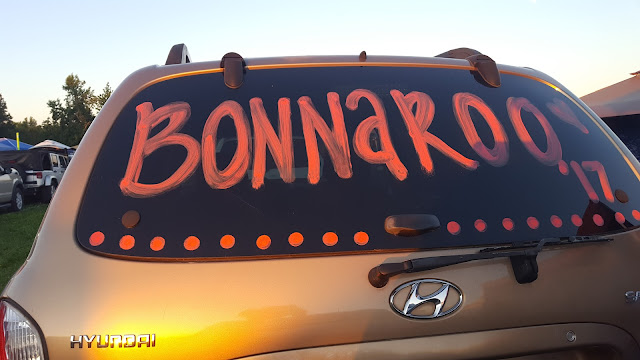 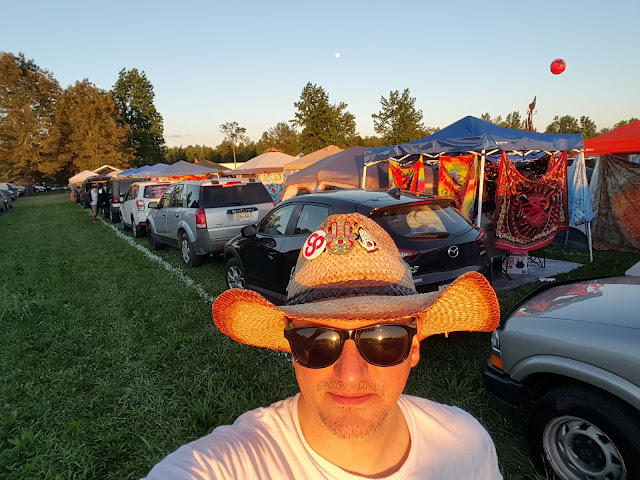 I got the lay of the land. Porta potties are two rows down. The Garage also has bathrooms plus showers nearby. And ice. Everything I need. Also, a ton of hi-5s. 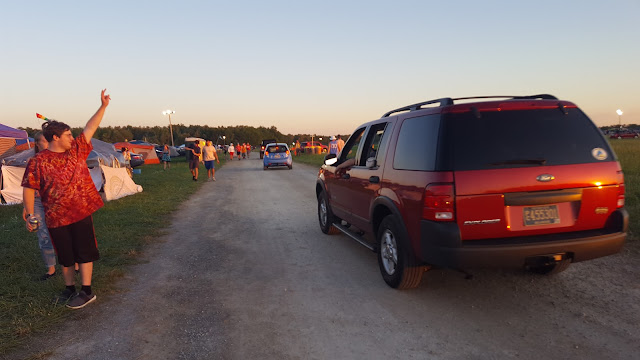 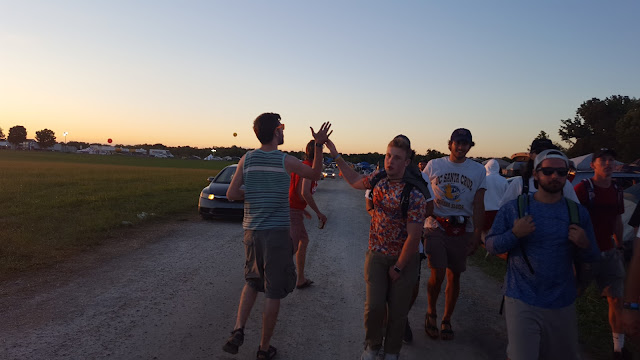 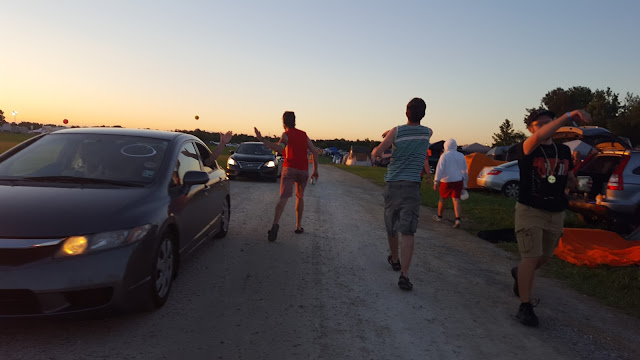 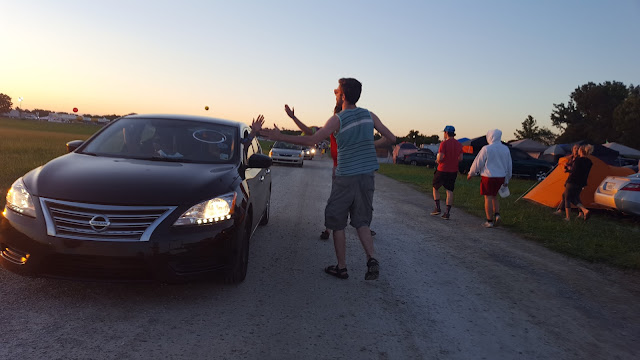 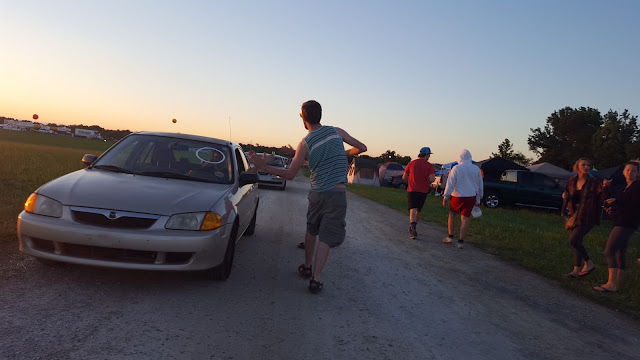 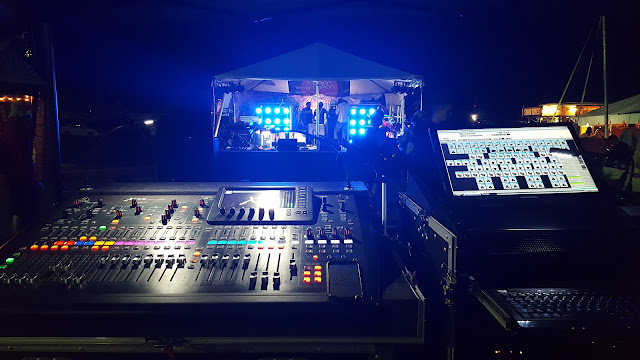 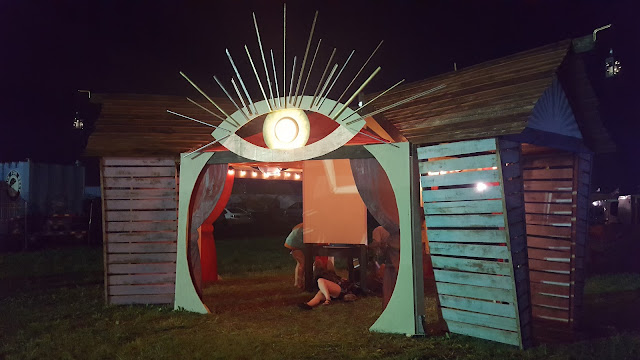 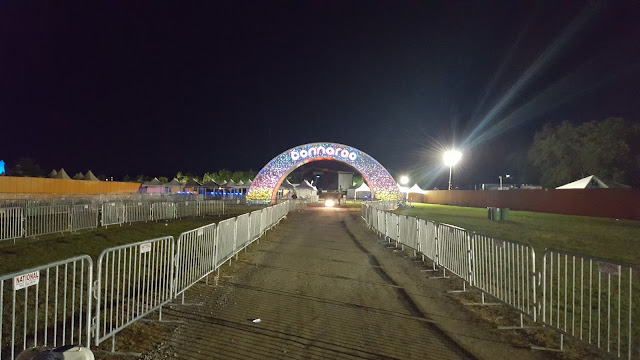 Brrrr. It's a bit chilly. Eventually, I wrap up in cozy blankets and dream of the long days ahead. Can't wait.