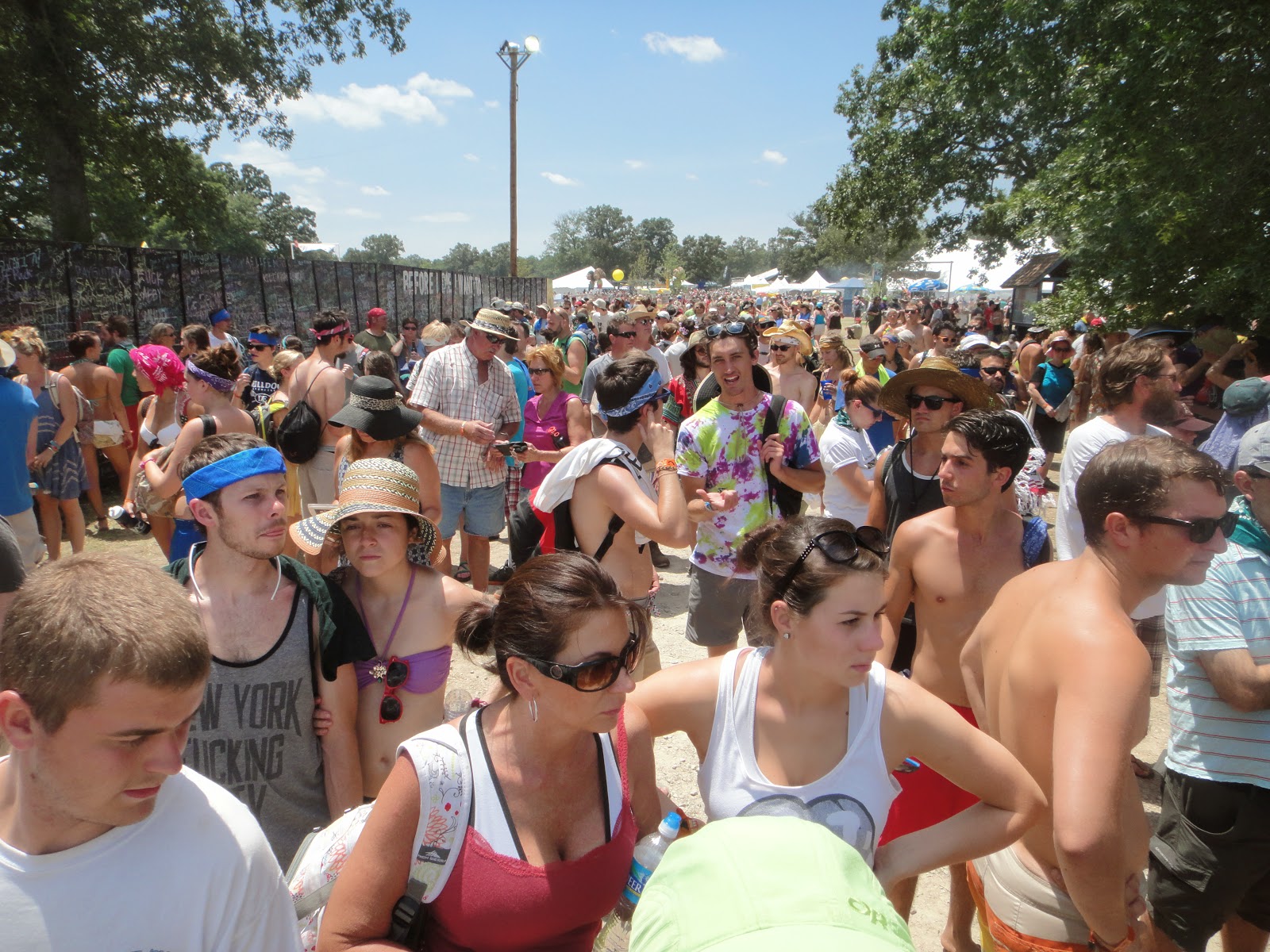 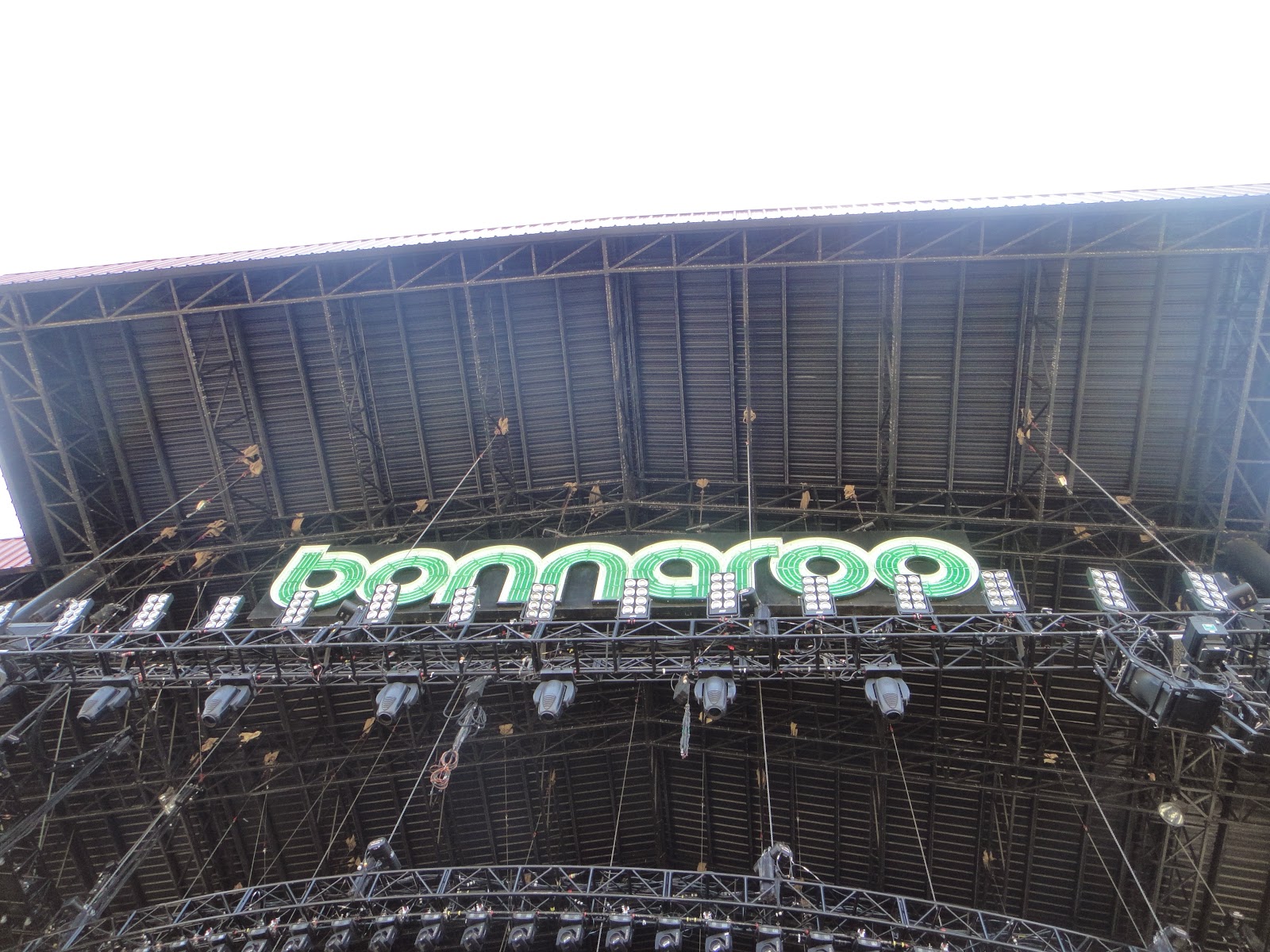 Gov't Mule - What Stage - 2:45 pm
I'm early but the pit is open so I pull up a spot, (Note: Close-up at What stage is in shade early in the day). By the time they hit the stage the crowd is filled in and I can't see how far because I'm short but it feels like a lot. The Mule's rock as always, as I sit on the rail of the sound booth corridor. 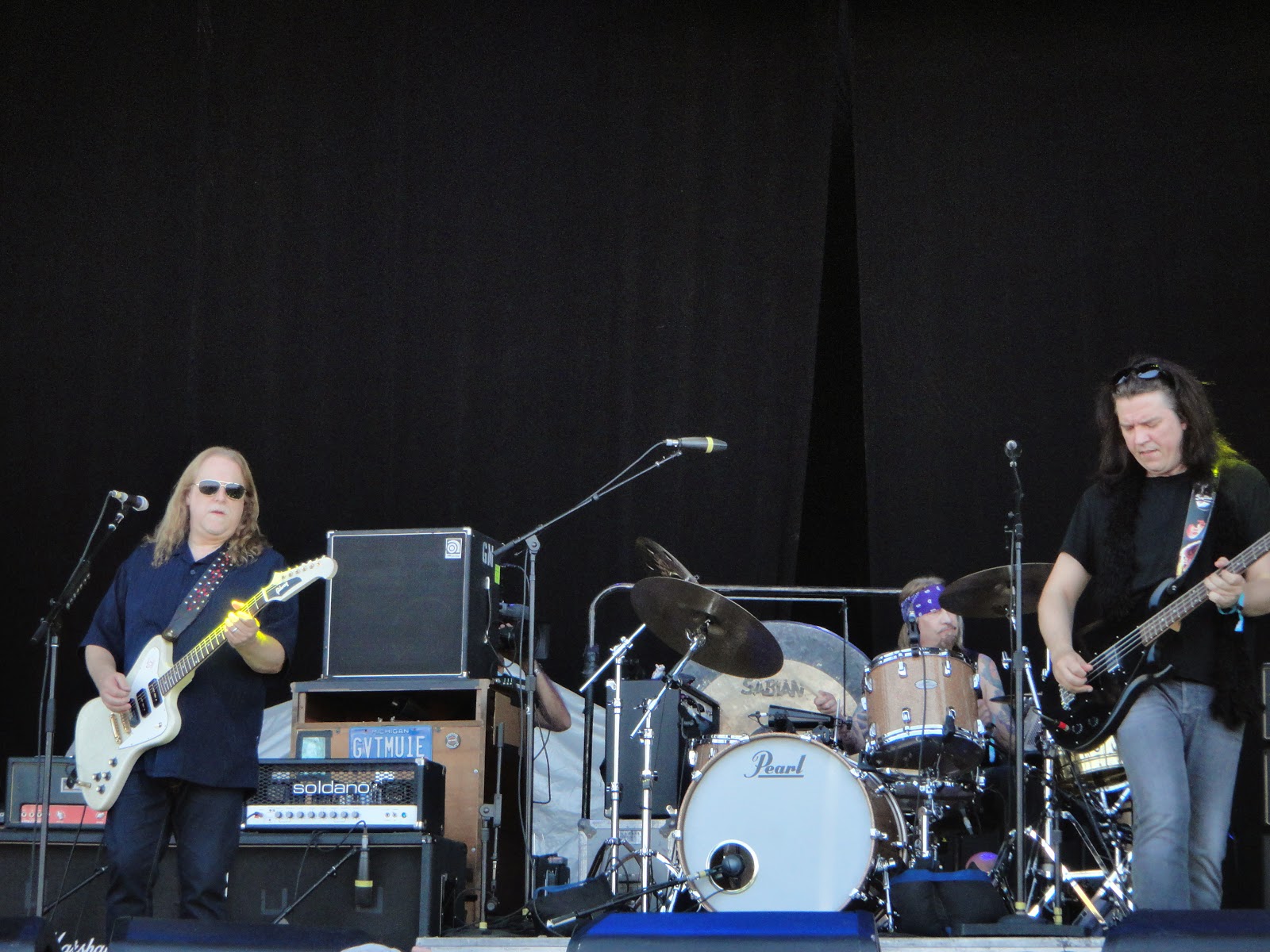 Portugal The Man - Which Stage - 4:00 pm
I walk past the VIP 'viewing area' to find the VIP 'pit area' and find myself about 20-ft from the stage. PtM is fantastic and they even bring Weird Al out for some accordion work.

Setlist: Purple Yellow Red and Blue; All Your Light (Times Like These); Sludge (jam out of All Your Light->Sludge->The Home); The Home; Evil Friends; Day Man (from It's Always Sunny In Philadelphia); So American (with "Weird Al" Yankovic on Accordion); People Say; Guns and Dogs; Atomic Man; Senseless; Modern Jesus; The Devil; Helter Skelter (The Beatles cover); Hip Hop Kids; Creep In a T-Shirt; Someday Believers; Sleep Forever (with “Hey Jude” by The Beatles) 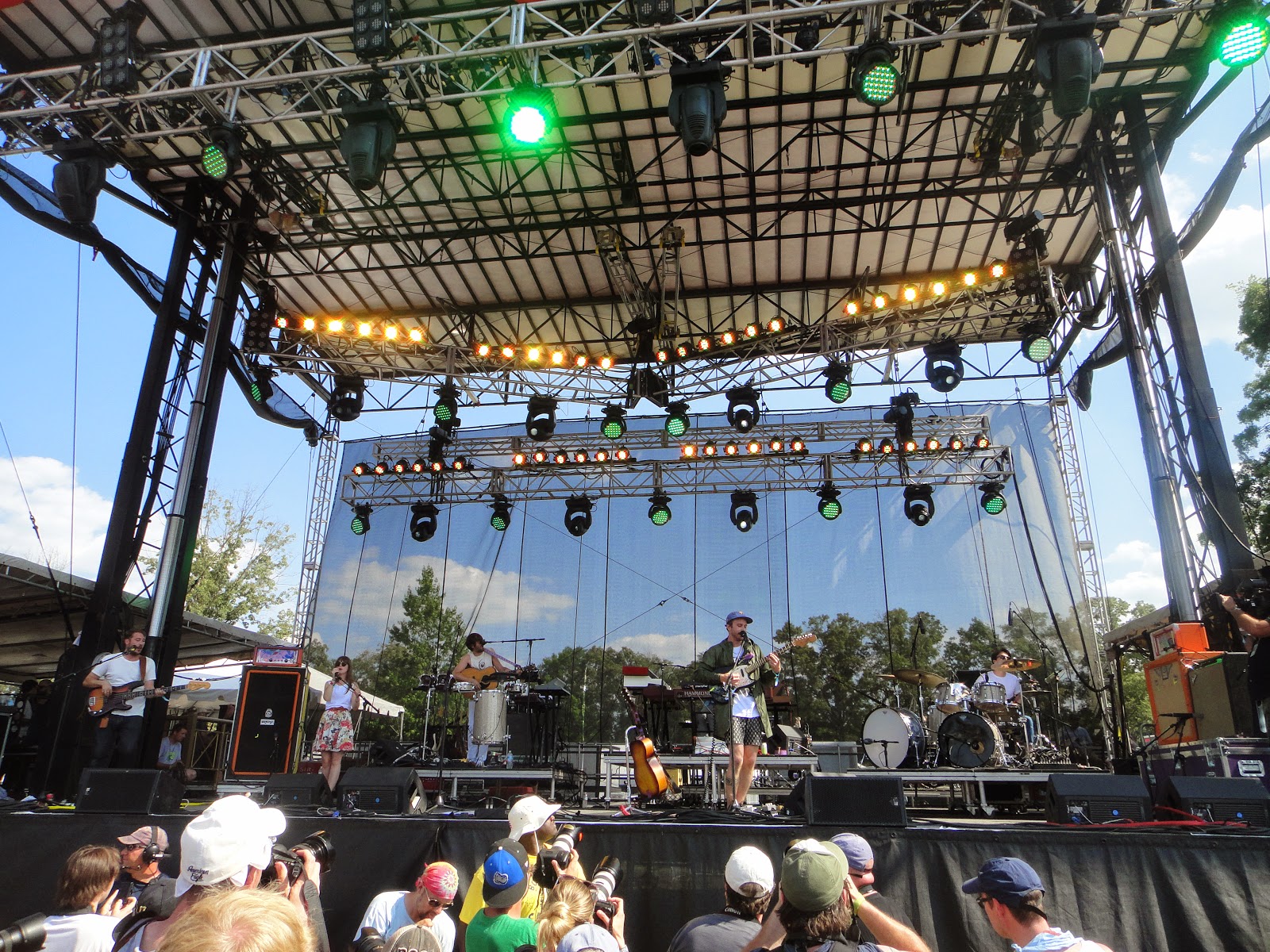 Drew Holcomb and the Neighbors - 5:15 pm
I catch some folky guitar work. 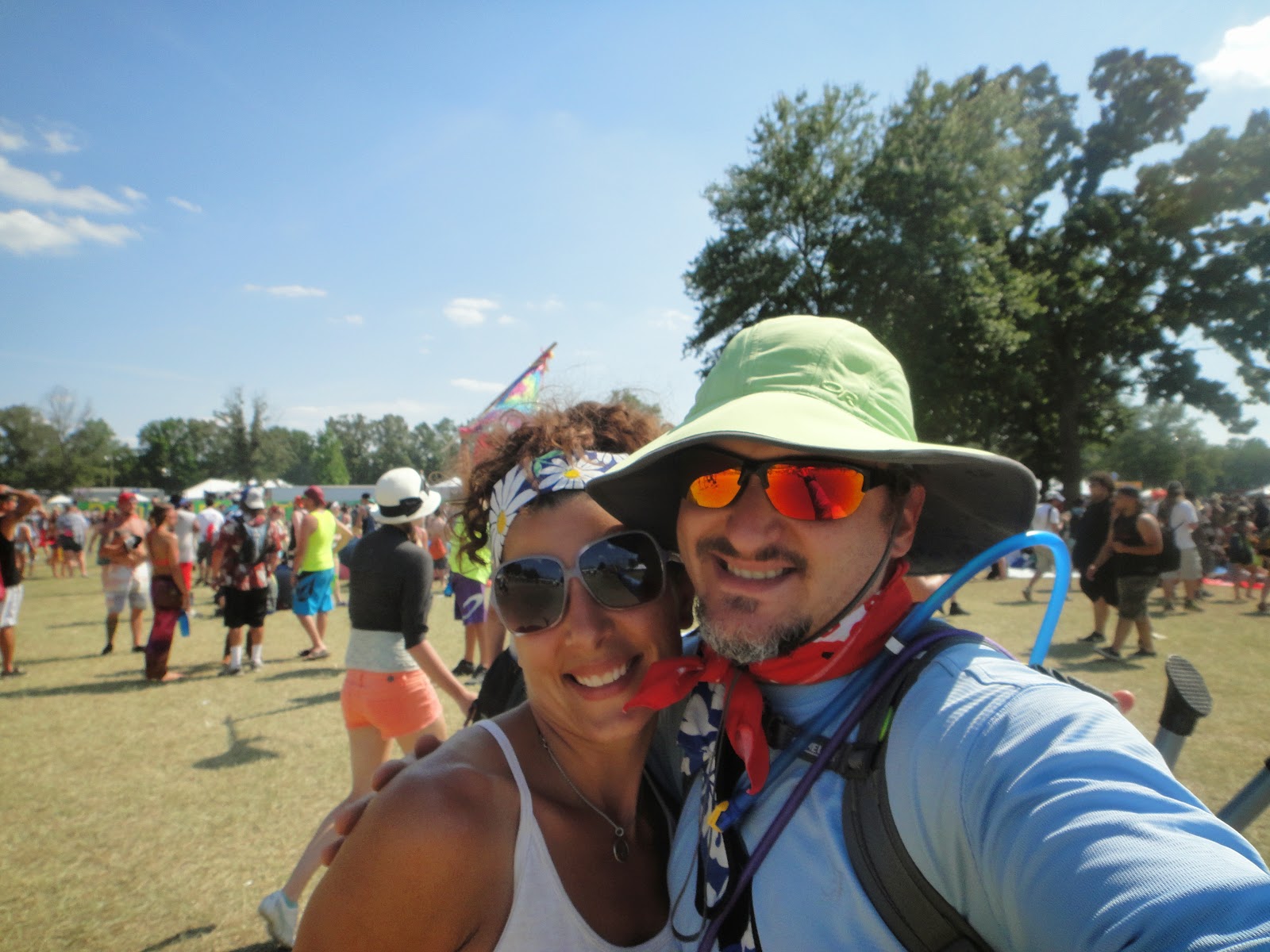 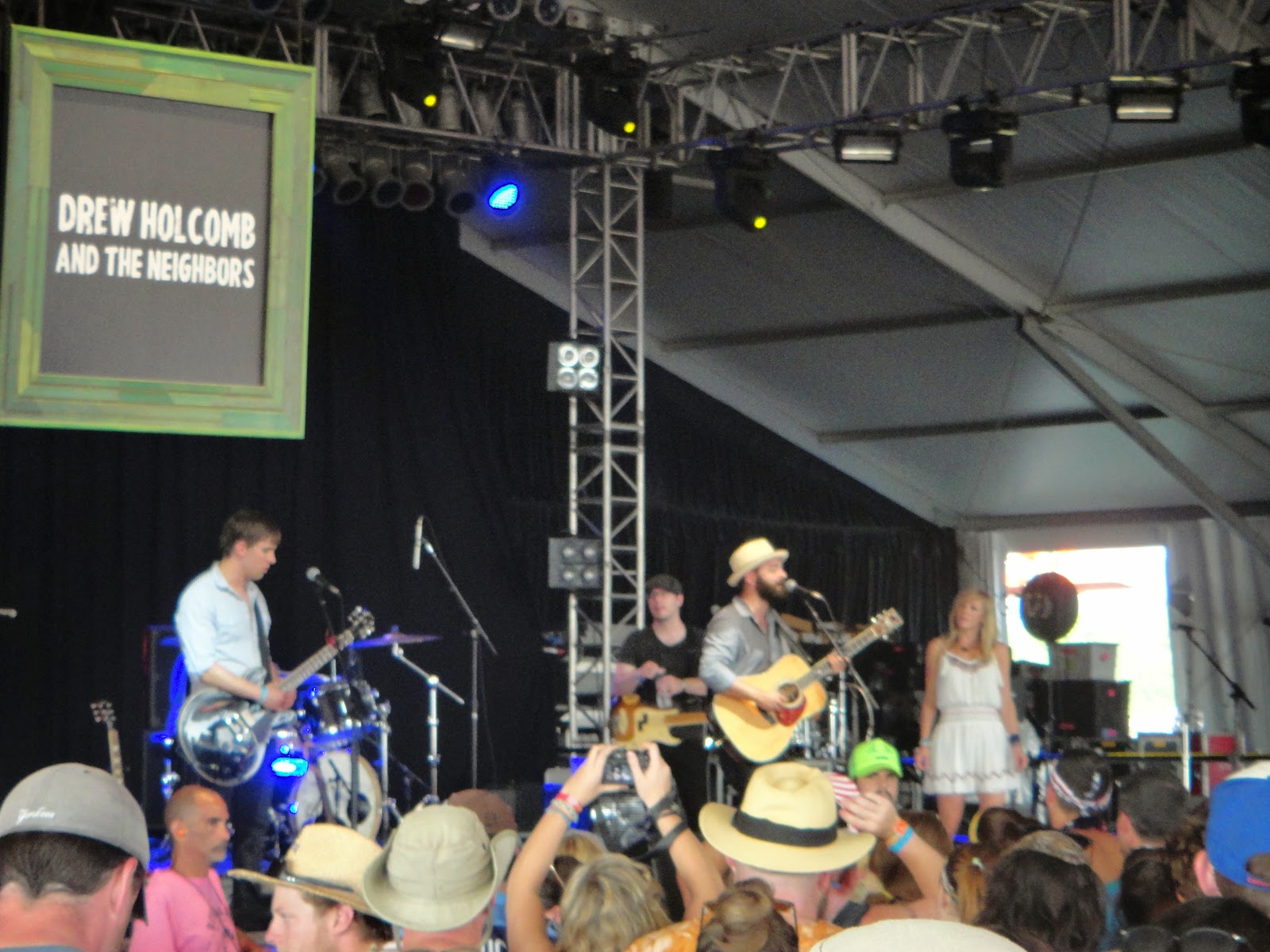 Matt & Kim - 5:45 pm
Energetic and Bonnaroo-favorites, I've seen them before and I will always go see their set when they play. "We've played a lot of festivals all over the world, from Australia to Japan to here and this is one badass motherfucking festival." Plus, they play a frenzied cover of Salt N Pepper's 'Push It'. 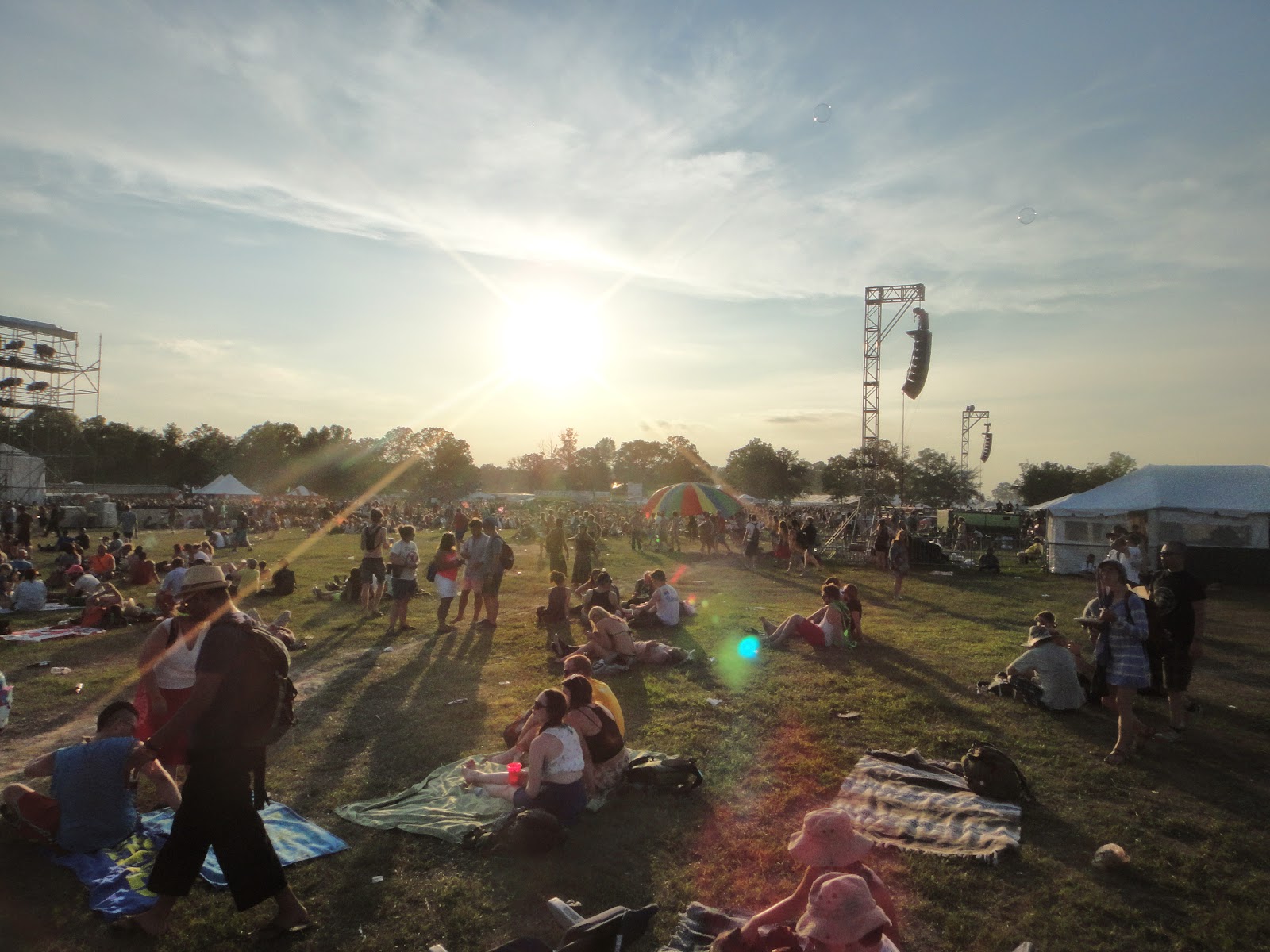 Bjork - The What Stage - 7:00 pm
The jumbotrons display a message that the artist requests everyone to refrain from taking pictures or video so as to fully appreciate the experience. It didn't work so well.

But the show is great. Crazy, tiny little Bjork shouts “Thenk Yeu!” after every song. I'm on the hill so she's about an inch tall but her outfit still looks bizarre. She has a bunch of dancers going nuts. It's weird but a good time. 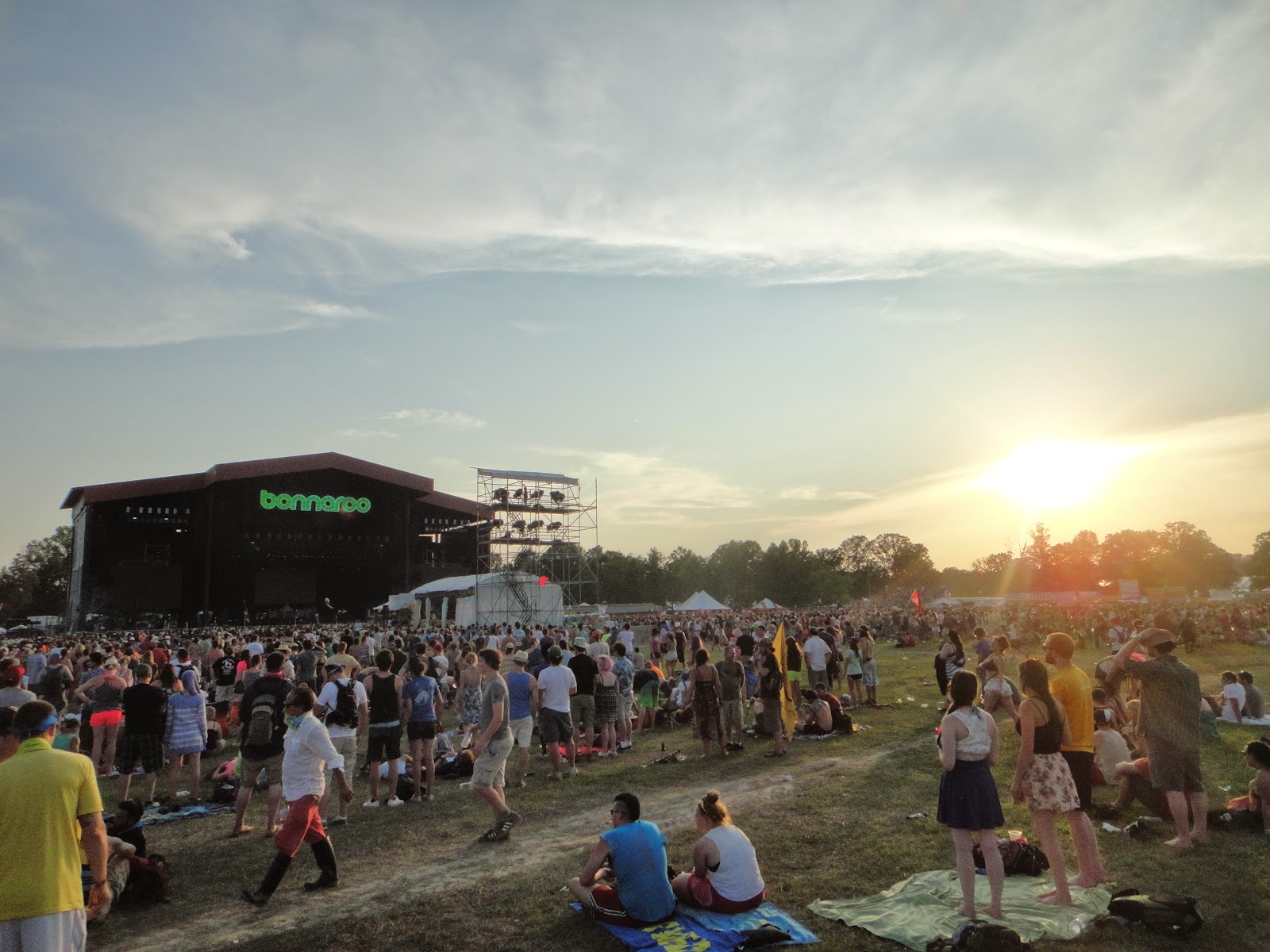 Jack Johnson - The What Stage - 9:30 pm
Jack was brought in after Mumford and Sons cancelled due to a medical emergency. I see the beginning on the video monitor in the VIP camp lounge and then catch his set when I enter Centeroo. His tribute to Mumford & Sons is legit.

R. Kelly - The Which Stage - 11:30 pm
He's wearing a heavy jacket at first which HAS to be uncomfortable.  Everybody around me knows the words to his songs. All of them. He asks everybody to scream a lot. He ends up singing on top of the stage next to the big ?. He does not pee.

Setlist: Ignition (Remix); Hotel (Cassidy cover); Thoia Thoing; Fiesta; That's That Shit (Snoop Dogg cover); Flashing Lights (Kanye West cover); Go Getta (Young Jeezy cover); You Remind Me Of Something; Gigolo (Nick Cannon cover); Snake; Freaky in the Club; Home Alone; Wonderful (Ja Rule cover); Number One Hit; Promise (Ciara cover); Your Body's Callin'; Bump N' Grind; R&B Thug; Slow Dance; Sex in the Kitchen; Strip for You; Half on a Baby; Down Low (Nobody Has to Know); Slow Wind; Feelin' on Yo Booty; I Wish; When a Woman's Fed Up; Happy People; Step In The Name Of Love (Remix); I Believe I Can Fly - (hundreds of balloons released into the air)


Accidentally gained access to a backstage area. Nothing to see here. Move along ... 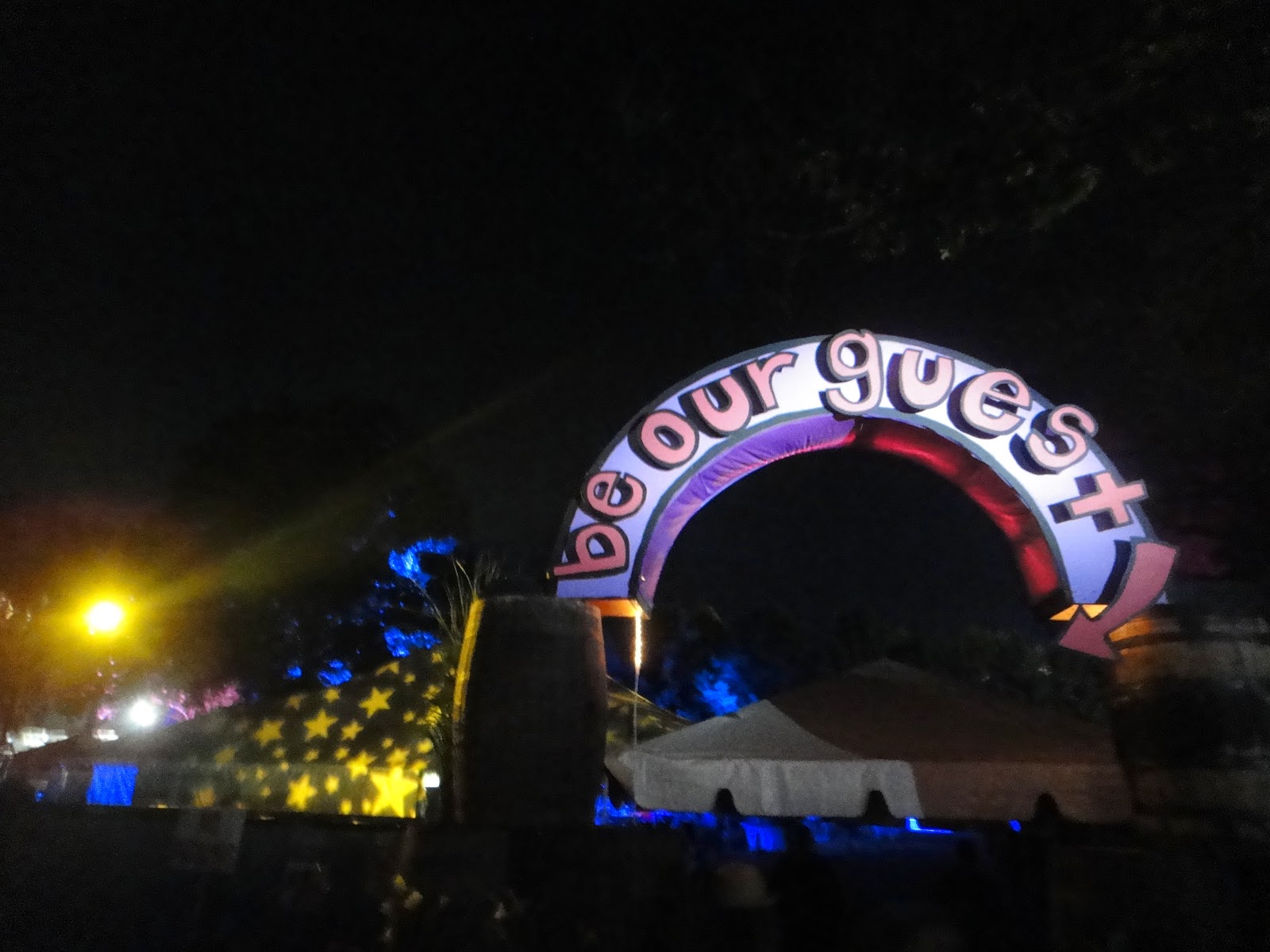 Weird Al Yankovic - 12:00 am
The band is very precise: Lady Gaga, Greenday and Nirvana are all great parodies. In between songs he plays funny videos ... though they are less interesting for the people in the back who can't see.

Setlist: Polka Face; You Make Me; Smells Like Nirvana; CNR; Canadian Idiot; Money For Nothing/Beverly Hillbillies / Whatever You Like / Another Tattoo / eBay / I Want A New Duck / Theme From Rocky XIII / Spam / My Bologna / Ode To A Superhero / Lasagna / Eat It; Amish; Paradise; Craigslist; Perform This Way; White & Nerdy; Fat
Encore: Yoda 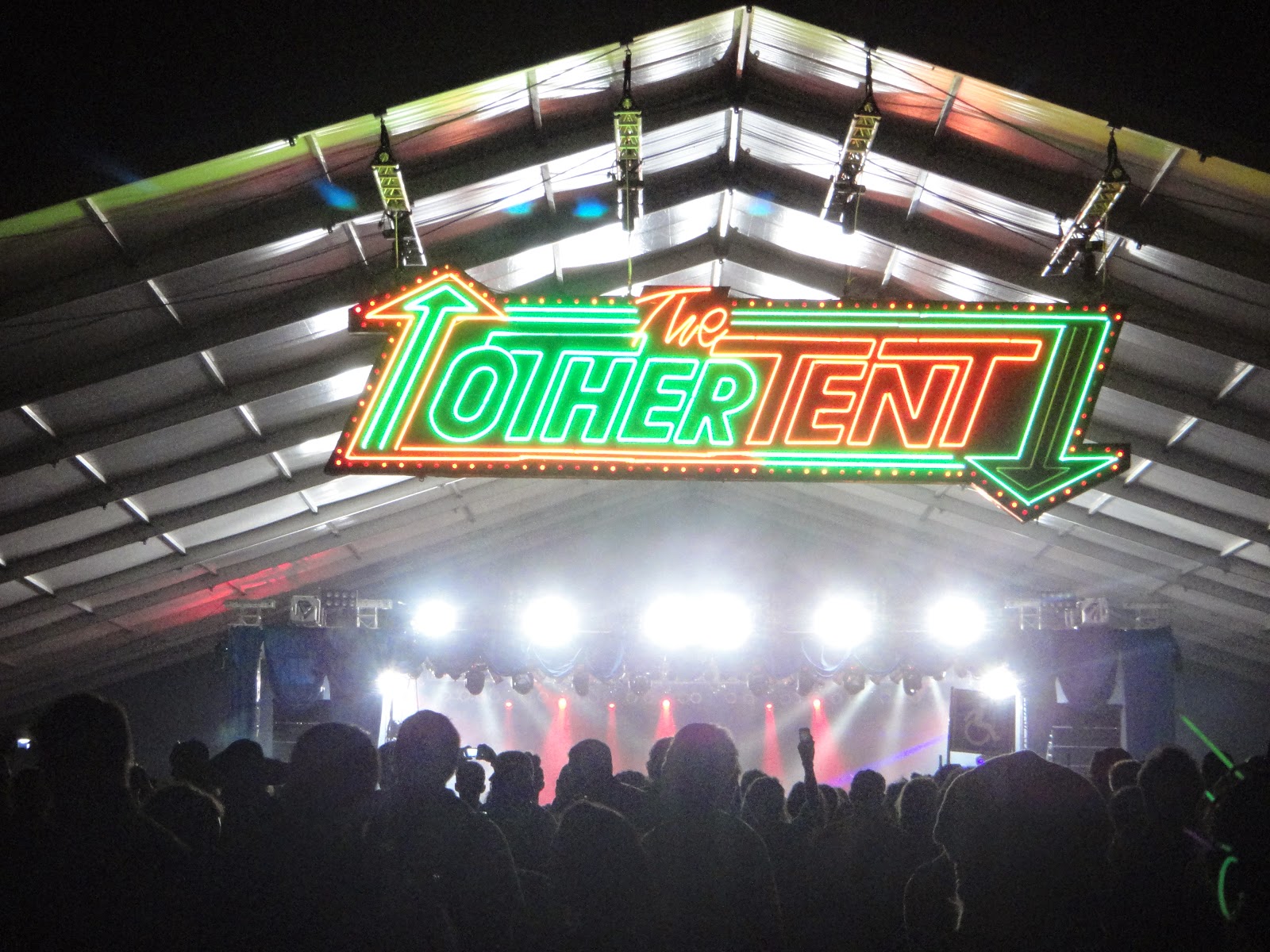 Billy Idol - 12:00 am
Just in time for 'Eyes with out a Face'. Godammit. AND he is also wearing a heavy jacket. Finally, he butches up the next song with some LA Woman. He continually inserts the word 'Bonnaroo' into his songs for enthusiasm. It's a bit much but I love me some Billy Idol!

Getting tired. Some great acts start soon, like Empire of the Sun and Bustle in Your Hedgerow but I'm spent and my feet are so angry. I must rest.