I was up and at the shower by 7 am. The water was hot but the pressure was limp and I had to switch showers mid-stream. Still, it was delightful to feel clean again. I grab a 'Morning Bender' sandwich from the Cracked Food Truck and a cup of coffee at the Planet Roo Cafe. Currently, I sit in the cafe, fascinated by the Acro Yoga folks, who keep trying progressively harder moves. I sip my coffee and marvel at how sore I am just from doing Bonnaroo stuff. Then, it's time to go to work. 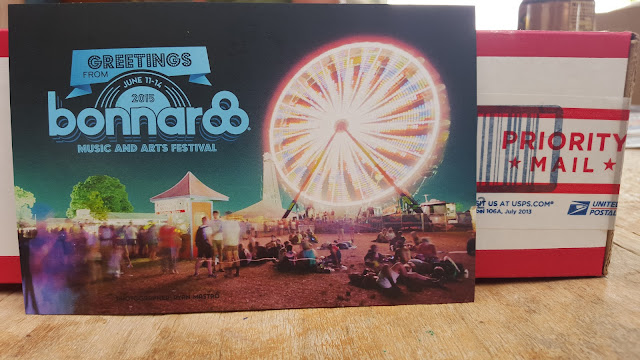 Working in the booth is easy as people are immediately drawn to the ShelterBox tent. "Where can I get one?" everyone asks. My answer is always a variation of "You can pay for it and it gets to go to someone who just lost everything they own." The point is always well taken. Today, we would receive a very generous $1,000 donation from a woman visiting from Washington D.C. It's an inspiring moment and the whole team is excited. #highfive

After my shift, I immediately go and soak myself under the fountain. The water is breathtakingly cold and I am now completely refreshed and awake. After a quick change, I head over to the Bonnaroo Post Office, where I continue my annual tradition of sending postcards from the festival. I also stop at the TO WRITE LOVE ON HER ARMS booth to see what's going on. At the start of the festival, they solicited attendees to write something they wished they had said or wished it was said to them. Now, in the second half of the festival, they encouraged me to read through and if I found one that spoke to me, take it home. So, I did. 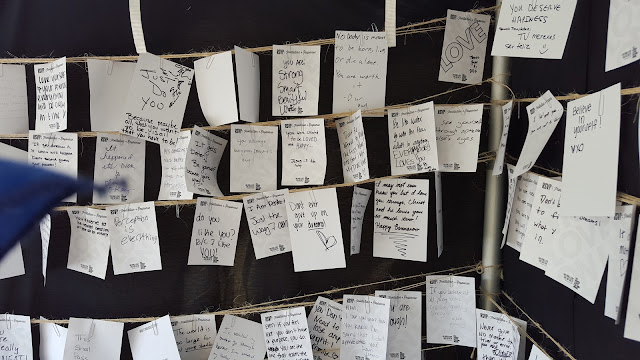 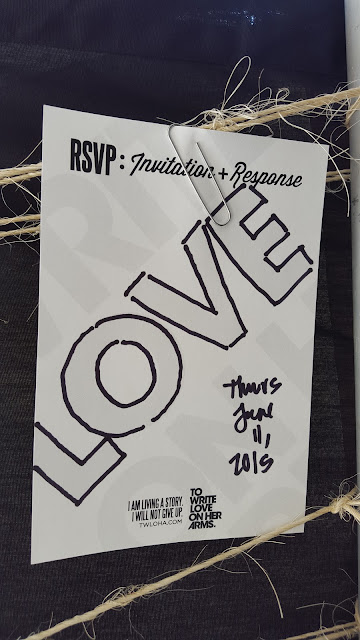 Afterwards, I find a shady tree near the Food Truck Oasis and take a beautiful nap. There is music in the background but nothing too loud. And the flitter of people talking, laughing and walking nearby is the perfect accompaniment to a tranquil sleepy time. Not soon after I get up, I am consumed in a flurry of poms poms and cheers. It pleases me to no end that Bonnaroo has its own cheerleading squad and they are delightful. At least, I assume they are with the festival. If they just show and do this stuff, I'm even more impressed.


It's time for a late lunch and a fish taco with an ice cold chia limeade hits the spot. In a little while I will chase it down with a banana, blueberry, strawberry and pineapple smoothie. So tasty and refreshing. Time for some music.

Bleachers is running late. It's a bummer as I can only stay for a few songs but they sound great and really get the crowd going.

I meet the guys from #dickindonut again and this time I stop to meet them and give them stickers. Trevor tells me about how they came up with the idea at Hangout Fest. Can't miss 'em. 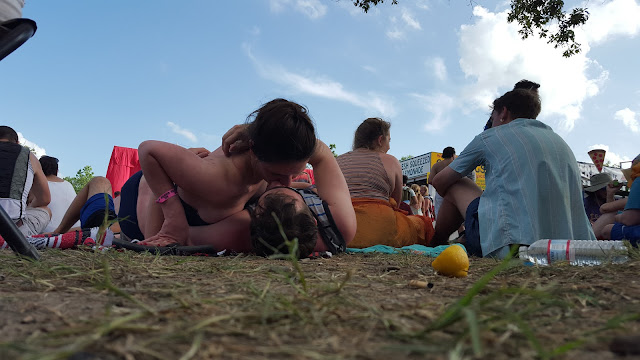 Now, I'm seated on the ground at the Which Stage, rocking out to War On Drugs, and a couple in front of me starts making out. Hard. The rest of us kind of look around and wonder, "Is this gonna happen?" And after a bit, they got up and head off, presumably to the campsite to bang it out. Good for them I say. More love, people. Less hate. 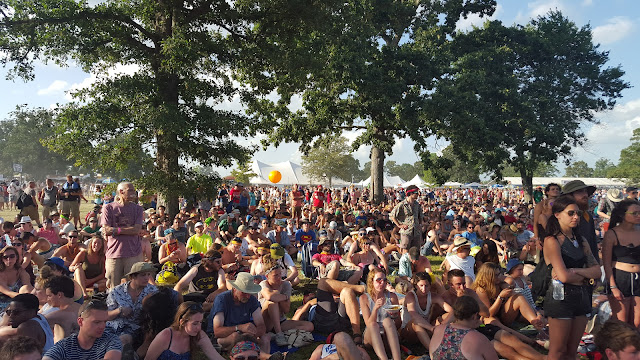 Between sets, I tracked down Danielle from 97X out of Tampa (Stupid me did not get a pic!). There was supposedly a Tampa Bay Lightning meet-up. I think I missed the meetup but I did get to meet Danielle and talk about the festival with her. It was her first time and she was impressed by the vibe.

It was fun to be a Lightning fan in any crowd and hear someone yell out "TAMPA!" because the rest of us would scream back "BAY!" and there were, surprisingly, a lot of us.

Next up was Wild Adriatic at the Tap Lounge. they actually won a contest to get in to the festival and my friend Alicia told me to check 'em out. They were great!


Some dinner at EatBox consisted of a rice bowl with black beans, spinach, broccoli and carrots in a garlic pesto. And some cajun roofries. Now, I'm back at the Which Stage to catch Gary Clark Jr. I've seen him a few times and the guy is just amazing on guitar.

I run into my friend Jerry and he shows me his latest invention. His totem is a pool noodle to which he has attached a fishing pool, with a reel at the bottom and guides going up to the top. On the other end of the fishing line are two bright colored helium balloons, which can be raised or lowered. Jerry sends the balloons high up above festival. "Our friends can find us, no matter where we are," he says with a grin. Bonnaroo Level: GENIUS.

Cut over to the Who Stage, newly and properly renamed, there were some great acts to see here. The first tonight would be X Ambassadors. I've been a fan of these guys for awhile so it was good to see them live. They did not disappoint.

I had to go see Slayer.
Their set time was misprinted in the paper schedule though it was correct on the website. The guys were ferocious and fun. Later, I ended up back over at the Who Stage to check out new act Mispers which turned out to a be great. I'll be putting these guys into rotation on my Spotify playlist.

And now it's time for the glorious Superjam!
The coveted show of shows at Bonnaroo, this year featuring Zack Galifianakis and Jon Hamm and so many musical guests. Too bad it was nearly impossible to hear most of it from music being blasted from the Kallopie Stage. The sound overlap was staggering. Guitars and percussion are simply no match for the relentless bass. The good news, I suppose, is that countless people turned away to attend other shows once they realized they couldn't hear. I moved closer and I could have moved A LOT closer but then everyone else starts doing the same thing. It's too late to fight the crowd and about halfway through I bail back to the tent. Gotta work in the morning.


I'm in the tent, with earplugs, and the Kallopie music is deafening. They've got it cranked all the way tonight, boys and girls. I contemplate making a run back to the campsite but my feet hurt and just laying down on a comfortable surface is doing wonders even if I'm going out of mind. Did I sleep? I can't be sure.

In the morning, when the beat stops, it's a huge relief. No more sleeping in Centeroo for me in the future, it's just way too loud.