I'm awakened at 5 am by the volunteers who are removing the exhibit tables from the vendor tents. There's one in my tent but I'm wrapped in my cot and the table has all my packed gear on it. Will they come and get it? They pass me by. I finally got a decent night's sleep though. I step out of the tent to the festival still being dismantled. Beep beep beep. It's a furious pace, just like Wednesday, and the Which Stage will be almost gone by the time we leave.

The rest of the team arrives in Centeroo by 9 am and we drop the tent and pack everything back in the van. Bye bye, Bonnaroo. 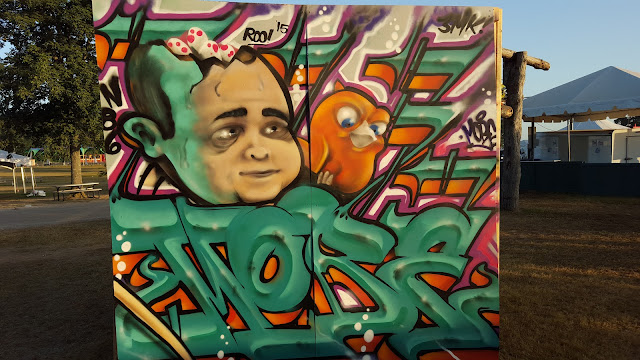 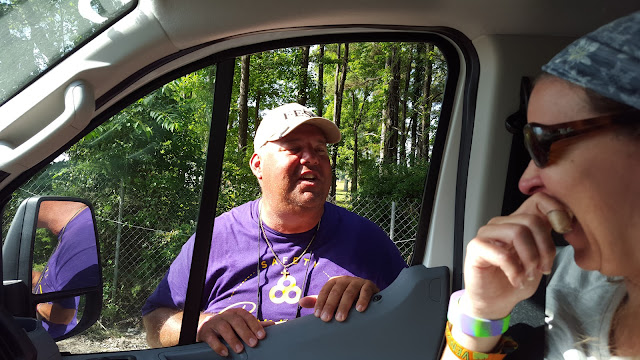 On the way out of the festival a member of the safety team stops to tell us stories from his life. He's a local, to be sure, and he has a great sense of humor. When the guy directing traffic stops to allow us to pass, our new friend says, "They don't want to leave yet. I'm finishing a story." 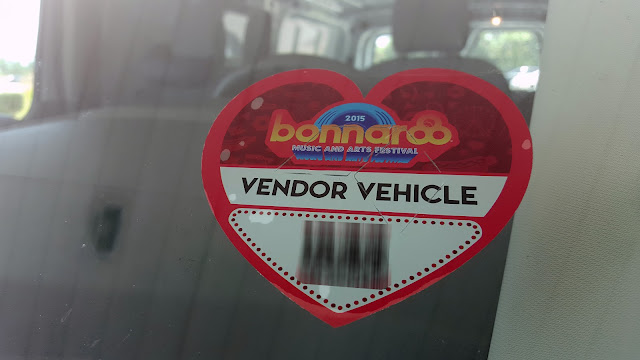 We stop for lunch at a Cracker Barrel just outside of Atlanta. After saying goodbye to Mike, Alicia and I take turns making the drive back to Florida. We make it back to town by 10:30 pm EST weary and each in need of a night's sleep. The Tampa Bay Lightning would go on to lose the Stanley Cup which is disappointing but we still love 'em. My ears ring as I lay in bed from Tinnitus. It's louder than usual due to my decision to sleep in Centeroo each night. Never again.


TUESDAY
It's a slow day as I peel off the vendor sticker and return the rental van. I have some seriously funky laundry to deal with and am eager to soak in the air conditioning. Later in the afternoon, I take a nap and dream of the festival, the crowds, the haze and the incessant repetition of bass in the background.