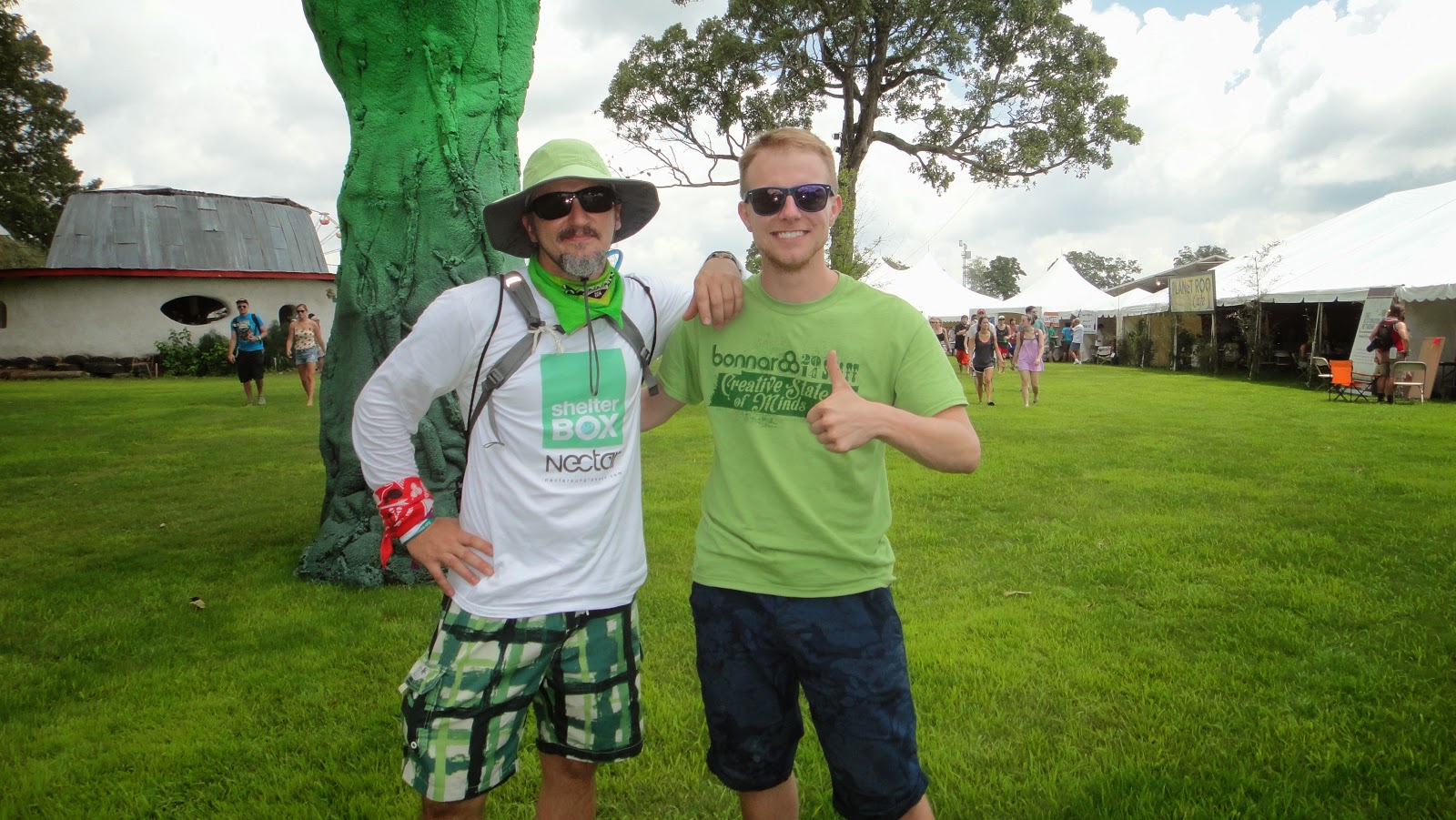 It's the first day of Roo!

I'm at the ShelterBox tent at 9 am eager to get the party underway. The gates open at 10 am and in come the flood of humans. It is quite a sight to watch.

It wasn't long before people started finding me at the tent. From all corners of the globe and in all states of sobriety, folks tracked me down. From this point, everywhere I went during the day, I was spotted and sought out. I tell everyone the story of ShelterBox and hand out goodies like stickers, wristbands, brochures and temporary tattoos.


I took a break to catch the Inforoo meetup at the B'rooers Festival.


I also made time to get a freshly glazed doughnut from The Amish Baking Co because they are outrageously fricking good. I might have diabetes from eating it but I don't care. Also, those Amish folks are from the city in which I live so I asked the guy at the counter how many employees they have so I may leave a sticker for each of them. "50", he said. So, that's what I left. And a quick stop to the Ford Garage for a bandanna filled with ice. And ... another quick stop to purchase goodies from Third Man Records.

During a dinner break, I got a quesadilla and began shoving it into my face when an Australian couple found me and introduced themselves. Fans of the festival and of me all the way from 'down under!

Got to hear some Omar Souleyman, (who I saw previously in 2011 at The Other Tent), and he was thumping along just fine.


By 11:30 pm, I was ready for some rock and roll and J Roddy Walston & The Business got to it under This Tent. The sound was great!

Bonnaroo 2014 Jazz Parade
Near the end of the set, I made my way back and was swept into a surprise jazz parade! Just so you know, when you're caught in a parade, you must dance. It's a blast. Funny, I'm spotted by Ethan and Kelly, (who were the first to find me in 2013), so props for THAT and for finding me at night ... in a parade.


I catch some White Denim at the Other Tent, pretty good.

Setlist: Pretty Green; Corsicana Lemonade; River to Consider; Come Back; At the Farm; A Place to Start; Anvil Everything; I Changed My Mind; I Start to Run; Limited by Stature; At Night in Dreams; Mirrored and Reverse; Drug; Cheer Up / Blues Ending; WDA; All You Really Have to Do; Mess Your Hair Up


And dream-walked back to my tent, misplacing my camera along the way ...