I'm up early.
I hit one of the lost & found locations, outside of Centeroo, not far from the clock tower. They have lots of cameras, phones and keys, but not mine. But while I'm waiting in line, a long lady is reunited with her iPhone. It's even recharged - the croo charges the phones if they can to help identify the owners. Back to the booth gearing up for the final day. And it's one baddass hot day. Still, tons of people are people finding me in the booth. The rest of the volunteers are now accustomed the craziness and we get people in and out of the ShelterBox tent. 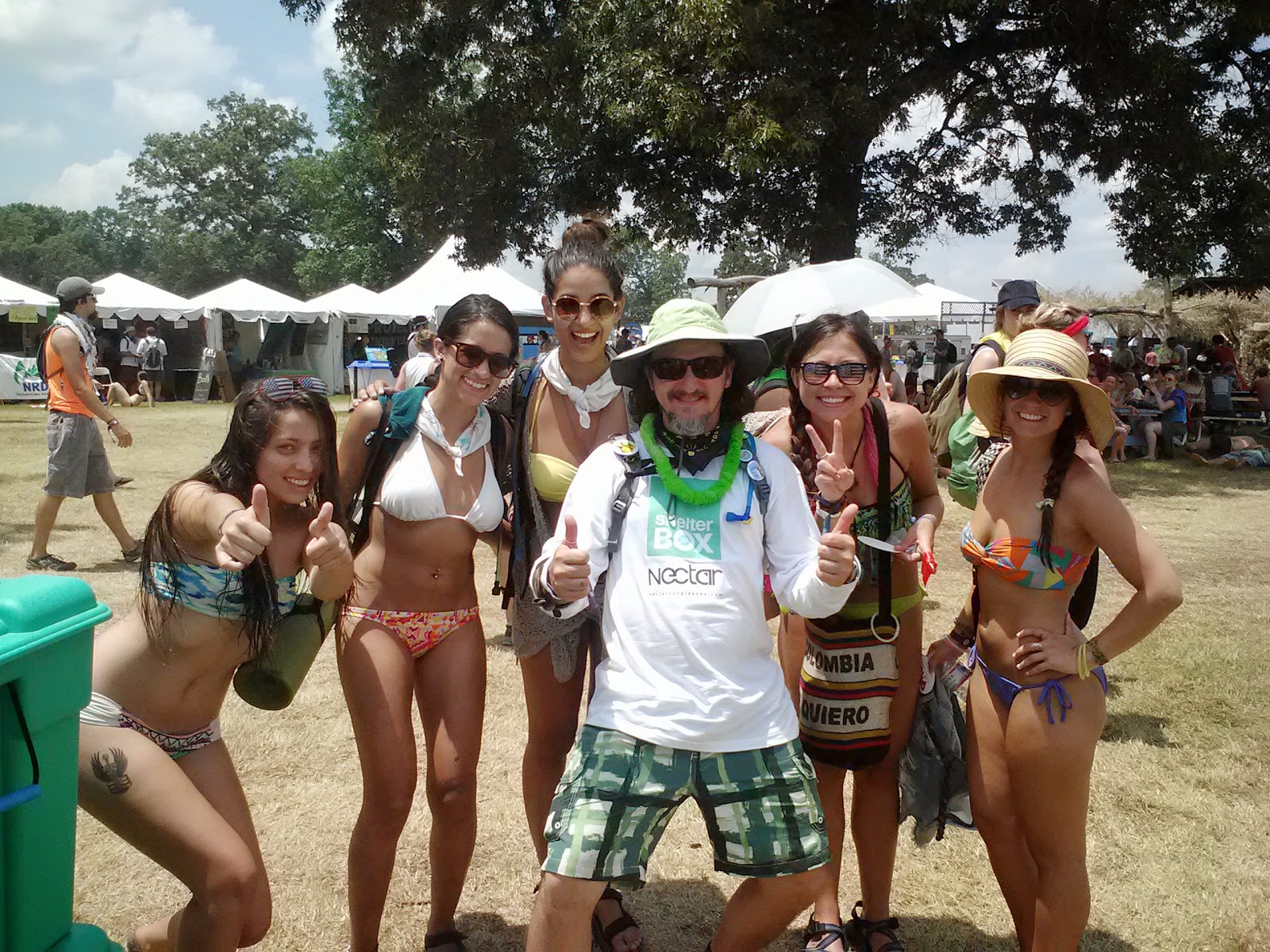 Arctic Monkeys
I was glad to see them for the first time. Good sound and that lead singer is a suave looking dude.

Setlist: Do I Wanna Know?; Snap Out of It; Arabella (with snippet of "War Pigs" by Black Sabbath); Brianstorm; Don't Sit Down 'Cause I've Moved Your Chair; Dancing Shoes; Library Pictures; Crying Lightning; Why'd You Only Call Me When You're High?; I Bet You Look Good on the Dancefloor; She's Thunderstorms; No. 1 Party Anthem; Knee Socks; Fluorescent Adolescent; One for the Road; I Wanna Be Yours; R U Mine?

The Avett Brothers
Another first-time act for me. Very talented guys. I am also introduced to the folks from Soberoo (Community for clean & sober fans of the festival).

Setlist: Colorshow; Slight Figure of Speech; Laundry Room; The Fall; Another Is Waiting; Down with the Shine; Talk on Indolence; Rejects in the Attic; Gimmeakiss; The Race Is On (George Jones cover); The Perfect Space; Just a Closer Walk with Thee ([traditional] cover); Live and Die; Vanity; Kick Drum Heart; Geraldine; Head Full of Doubt/Road Full of Promise; I and Love and You; Morning Song


Amos Lee
Stopped to catch some of this set. (And use the adjacent porta potties)

Wiz Khalifa
I had to see some Wiz.

Setlist: Bout Me; Maan!; James Bong; Work Hard, Play Hard; The Thrill; Look what I got on; Roll Up; Mezmorized; Up; We Own It; 23; Paperbond; Taylor Gang; Mary 3x; Young, Wild & Free (Snoop Dogg & Wiz Khalifa feat. Bruno Mars cover); On My Level; Like Jimmy; Black and Yellow; We Dem Boyz


Elton John
Never a huge fan of Elton when I was little but I appreciate his catalog of work now. And certainly, his mastery of the piano, as he plays familiar songs and speeds up the tempo and his fingers and wrists blur across the keys.

Everyone sang along to Tiny Dancer and then, during Rocketman, the infamous Buzz Lightyear balloon floated up into the heavens, blowing everybody's mind simultaneously. Elton also brought in Ben Folds for a song. It was a distinguished set for Sir Elton's first festival in North America.

Setlist: Funeral for a Friend/Love Lies Bleeding; Bennie and the Jets; Candle in the Wind; Levon; Tiny Dancer; Philadelphia Freedom; Goodbye Yellow Brick Road; Rocket Man (I Think It's Going to Be a Long, Long Time); Hey Ahab; I Guess That's Why They Call It the Blues; Someone Saved My Life Tonight; Grey Seal (with Ben Folds); Sad Songs (Say So Much); All the Girls Love Alice; Don't Let the Sun Go Down on Me; I'm Still Standing; The Bitch Is Back; Your Sister Can't Twist (But She Can Rock 'n Roll); Saturday Night's Alright for Fighting; Encore: Your Song; Crocodile Rock

Time to party back in the campsite, I guess. It rains a little. I hate the end so I get slizzard. Zzzzzz