I'm up early to an overcast sky. I need a cup of coffee. Turns out, it would be a beautiful day as it would be overcast but very little rain. Also turns out, my camera is no where to be found. I'm bummed ... but the party continues using my phone instead. Found there wasn't a line so I took an early, solo ride on the Ferris Wheel.


The beautiful views of the Farm are worth the 6$. You get to see how vast the the tent city becomes, (5th largest in the state). Grabbed some lunch at the Grazing Here truck which was a carnivorous delight.

Back in the ShelterBox tent to spread the word. The bone marrow folks in the booth nearby are not only doing temporary tattoos but now they're doing temporary BUTT tattoos. Hilarious.


I finish my shift and run into the chick dressed as Gold Bond powder. Brilliant costume. Soon after that, I run into Thor. When I ask if I can take his picture, he stops and says, "You're Bonnaroo Chris, aren't you?" A woman named Courtney found me for the "1st time in 5 years!"

Setlist: A Stillness; Punching in a Dream; Girls Like You; Rolling Waves; The Sun; All of This; I Kill Giants; Hearts Like Ours; No Way; Young Blood 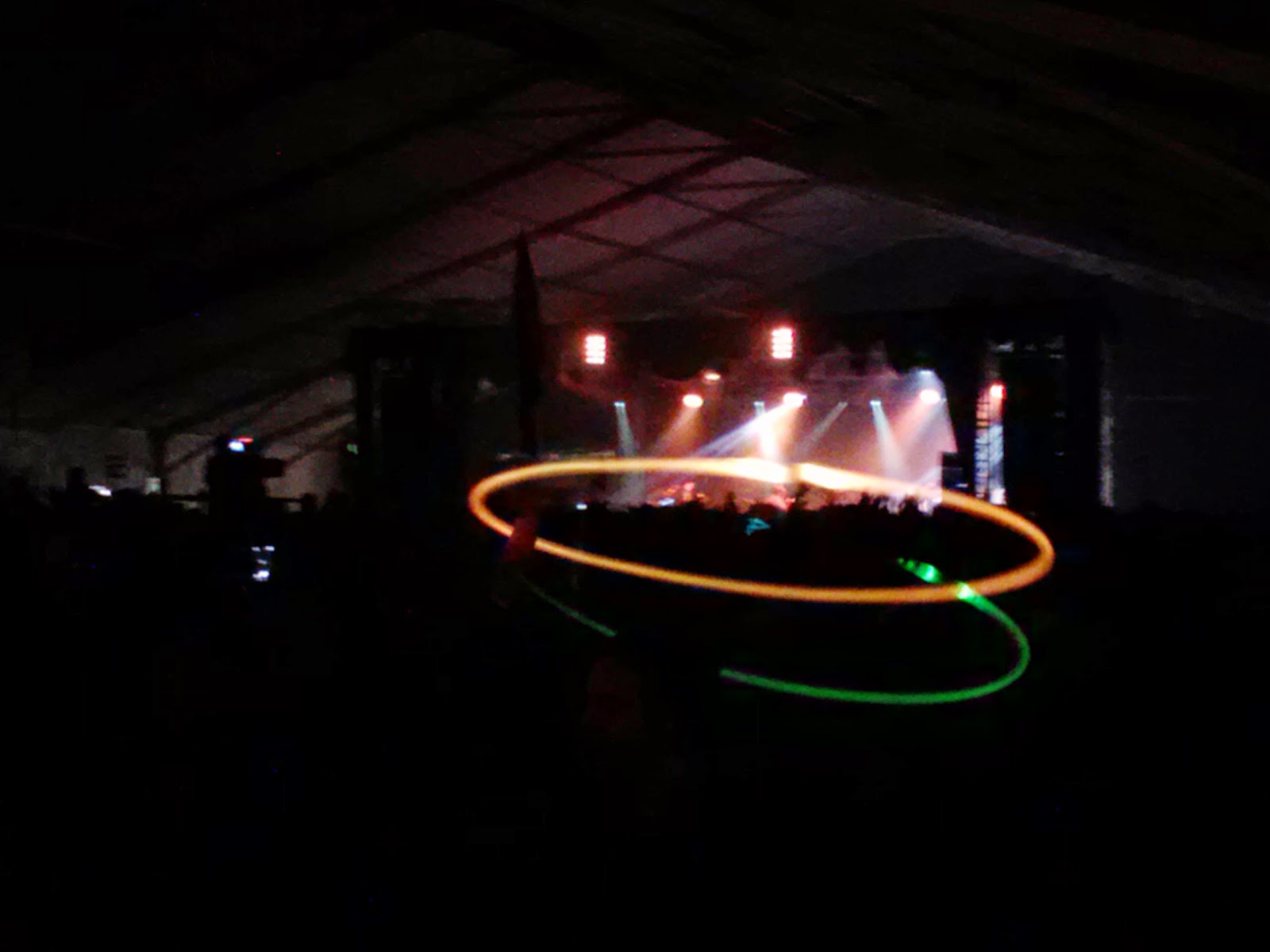 Ice Cube
Not sure if I thought being a movie star might have softened him up. Glad to see that wasn't the case. Solid sound and energy busting some of the original gangsta shit. Awesome.

Setlist: Natural Born Killaz; You Can Do It; Gangsta Rap Made Me Do It; Go To Church; The Next Episode; Gangsta Nation; Drop Girl; It Was a Good Day; Straight Outta Compton


I catch the Superjam w/ Chaka Khan which is pretty cool, but I'm deliriously tired and after a couple of beers I only just manage to get myself back to the volunteer tent.