I meet Lori & Kathy from Miami. They (and some other folks) drove a 30-ft RV up from Florida until it broke down. Twice. Since the company could not supply another rig due to lack of availability, the group had to rent two cars. One broke down. When they finally made it to Bonnaroo, they couldn't be happier. (I would see them periodically throughout the festival.)  Comedy Central came through and handed everybody seat cushions with their latest TV show printed on it. Finally, the ticket guy arrives. Back to the music! 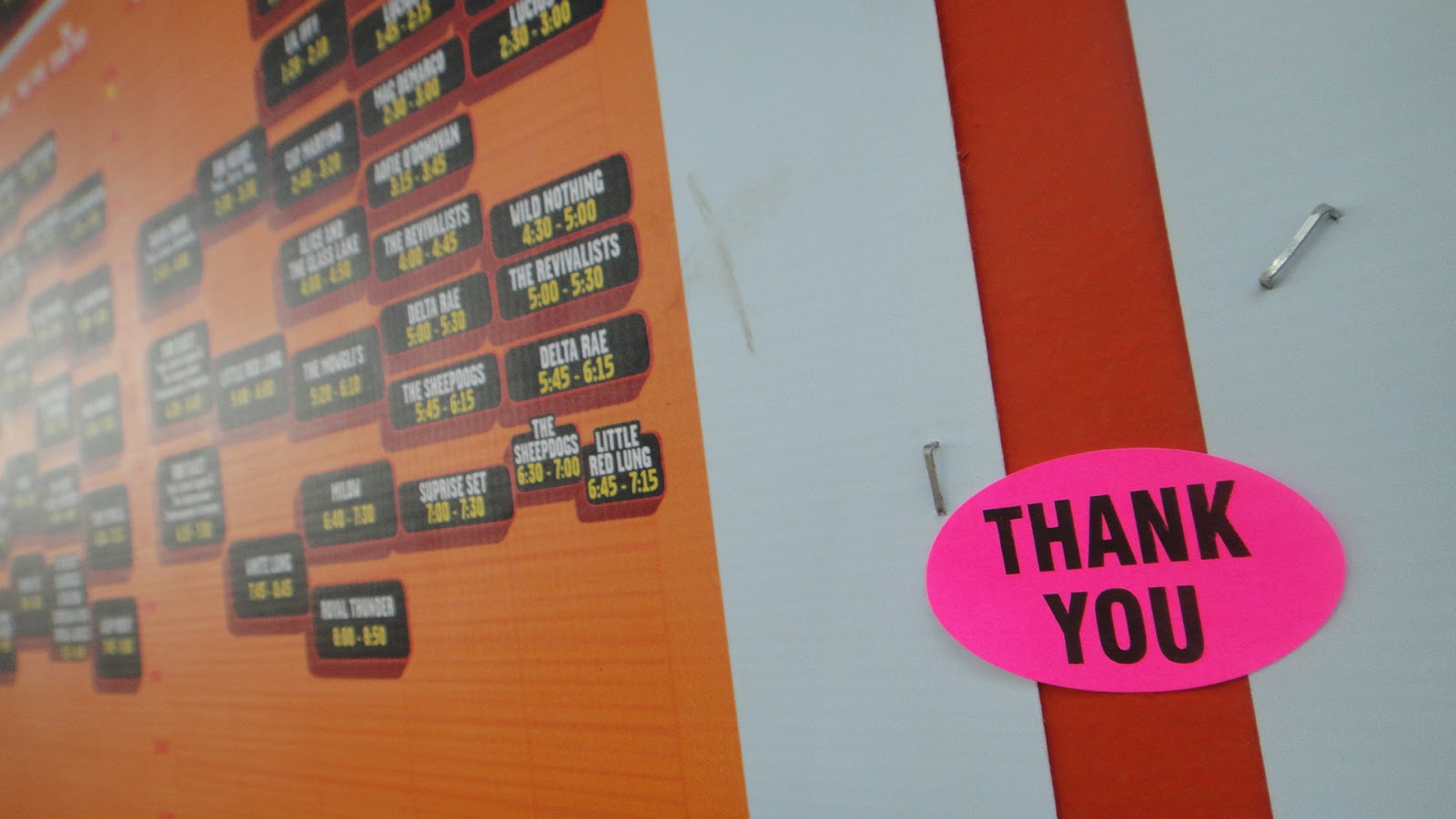 Macklemore & Ryan Lewis - The What Stage - 2:30 pm
Their new cd was in rotation on the drive up. I got to know the songs at least and seeing them live was great. The crowd was packed in tightly so I stayed back by the rear speakers. AND at one point, Macklemore is wearing a fur coat. I'm seeing a trend.


The Sheepdogs - The Which Stage - 3:30 pm
These Canadians do a damn fine job of rocking the Which and I'm in the VIP pit area loving it.

Setlist: Southern Dreaming; Right On; Feeling Good; The One You Belong To; Ewan's Blues; Who?; The Way It Is; I Don't Get By; Javelina!; Learn & Burn; I Don't Know; Catfish 2 Boogaloo; How Late, How Long 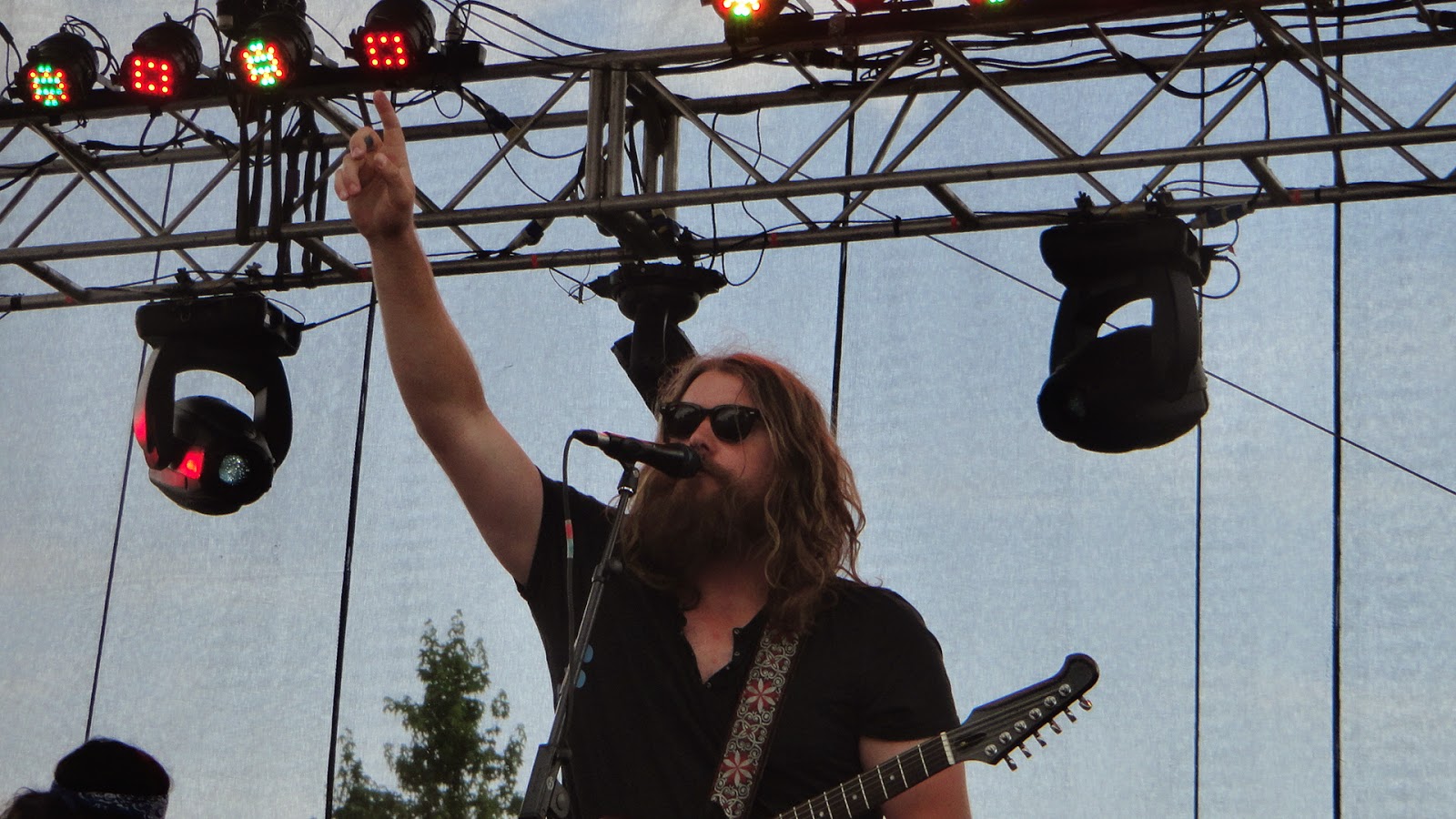 Jared Logan does a funny 30-minute standup set. The Improvised Shakespeare guys are hysterical, creating an entire scene with modern terminology but speaking with fluent poetry. They are insanely great at their craft.

Then, out comes Bob Saget. He is completely filthy in his act but funny as hell. He worked the crowd a bit and brought out a guitar to close it out. I left minutes before the show ended, which I knew he would notice, as I was in the second row. Of course, he calls me out and I laugh too as I walk away. I also missed John Stamos coming out for the last song and I totally deserved it.


Tame Impala - The Other Tent - 6:00 pm
Big fan of this band. When I show up, it's already crowded. I'm up by the tree on the right side and Buzz Lightyear is flying nearby. Somebody screams "Whose got the cocaine?" I'm sitting in a chair and the music is perfect. Giant Nic Cage head walks by.

Setlist: Led Zeppelin (Intro); Solitude Is Bliss; Apocalypse Dreams; Music to Walk Home By; Keep on Lying; Elephant; Feels Like We Only Go Backwards; Auto-Prog; Mind Mischief; Alter Ego; It Is Not Meant to Be; Half Full Glass of Wine

I stop in for my annual frozen mocha and run into the admins from Forever Bonnaroo, Zach and Taryn. Nice to put faces to names of people I interact with a lot. Viva la Bonnaroo!


Divine Fits - This Tent - 7:00 pm
Love these guys. and their live set was Bonnaroo worthy.

Setlist: Neopolitans; Baby Get Worse; Like Ice Cream; My Love Is Real; Civilian Stripes; Lost (Frank Ocean cover); Unknown; Ain't That The Way; The Salton Sea; What Gets You Alone; Flaggin a Ride; Sway (The Rolling Stones cover); For Your Heart; You Got Lucky (Tom Petty and the Heartbreakers cover); Shivers (The Boys Next Door cover); Chained to Love 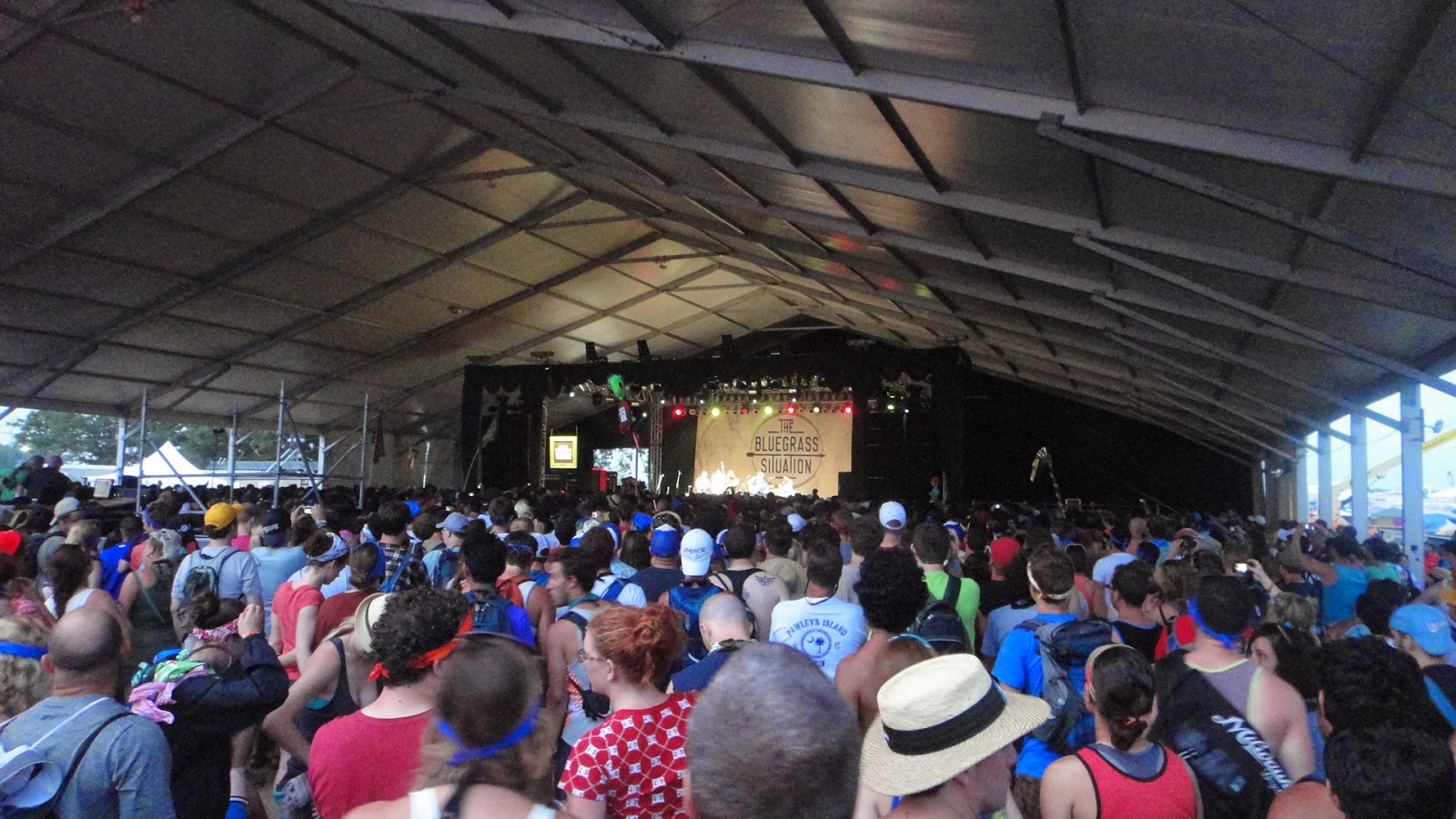 Ed Helms Bluegrass Situation Superjam - That Tent - 7:15 pm
Ed Helms is one talented musician and he brought a bunch with him. Their songs sounded perfect but you had to get close to hear 'em.

Setlist: Born to be with you; Mean mother blues; How mountain girls can love; Walls of time; More pretty girls than one; Boulder to Birmingham; Nine pound hammer; Man of Constant Sorrow; (Dick Burnett cover) (with Dan Tyminski); Angel Band


David Byrne & St Vincent - Which Stage - 7:30 pm
A fun performance that delivered some old school Talking Heads and a conga line with the singers and horn section. This was a gem of a show and I'm glad it found me.

Setlist: Who; Weekend in the Dust; Strange Overtones; I Am an Ape; Marrow; This just Be the Place (Naive Melody); The Forest Awakes; Like Humans Do; Lightning; Wild Wild Life; Cheerleader; I Should Watch TV; Northern Lights; The One Who Broke Your Heart; Cruel; Burning Down the House  Encore: The Party; Road to Nowhere 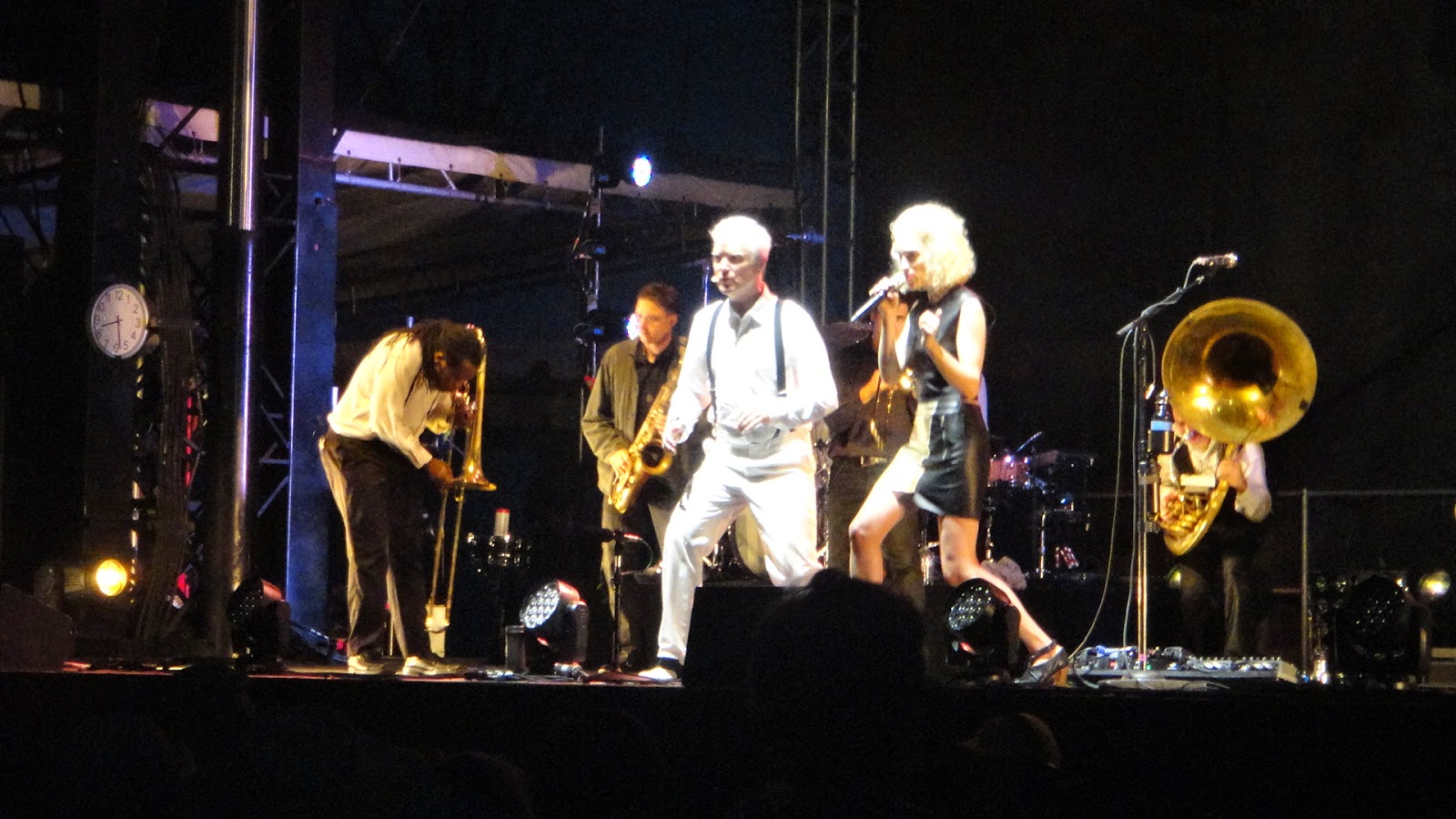 Tom Petty & The Heartbreakers - What Stage - 9:00 pm
Tom Petty came on stage to a blissfully happy and tired crowd, prepared to dance and sing to every song, one last time. Petty makes it effortless. It rains a little bit off-and-on but we tough it out with an umbrella and beer. It's a giant sing along and Petty drives us through the years of his catalog of music. I'm kinda drunk.

Setlist: So You Want to Be a Rock 'n' Roll Star (The Byrds cover); Love Is a Long Road; I Won't Back Down; Baby, Please Don't Go (Big Joe Williams cover); Here Comes My Girl; Mary Jane's Last Dance; Good Enough; Free Fallin'; A Woman in Love (It's Not Me); Listen to Her Heart; Tweeter and the Monkey Man (Traveling Wilburys cover); Rebels; Friend of the Devil (Grateful Dead cover); Learning to Fly; Yer So Bad; It's Good to Be King; I Should Have Known It; Refugee; Runnin' Down a Dream   Encore: Don't Come Around Here No More; You Wreck Me; American Girl 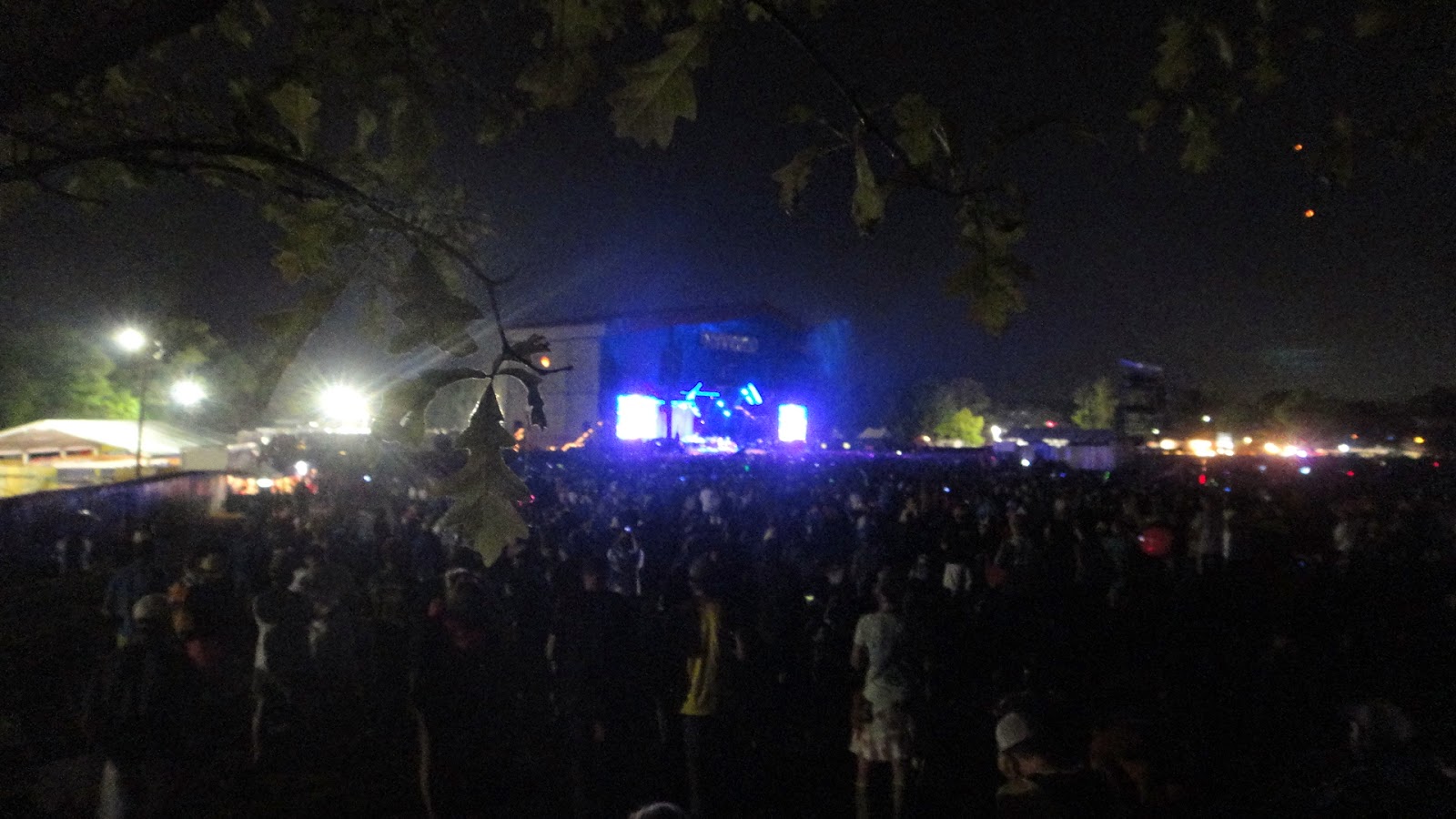 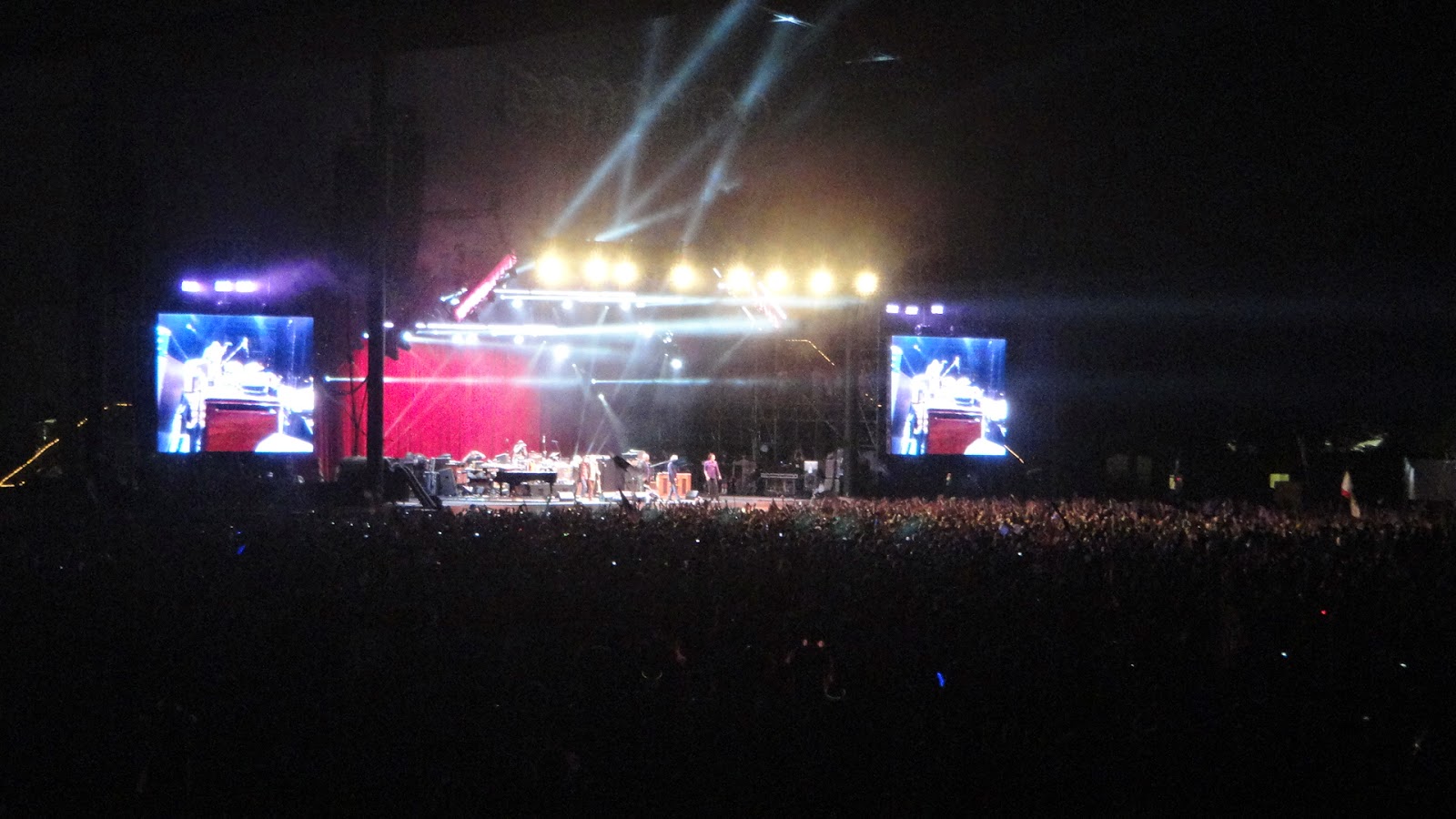 After-party in the VIP lounge! No, not really. But we bring beers over to a tent near the camping lounge, (which is closed), and start talking to people. Everyone wants to keep the party alive. More people join including a girl named 'Earth.' Some go for a walkabout to find adventure. I meet Brian from Bonnaroo Tips, who just happened to walk up.

We drink beer. At some point, I make it back to the RV and sleep.