Somewhere around 5am, with light shining dimly through the RV shades, the carbon monoxide alarm is going off over Raylon's bunk and it won't stop. He comes up front and sits down defeated. After a couple of tries, I manage to pry it from the ceiling and remove the battery. I finish the beer I must have left sitting out and go back to bed.

It's important to note that the alarm went off periodically over the course of the weekend but we were always able to hit the reset button to silence it.  I know that we didn't open any windows because of the outside noise but now know it needs to be done for ventilation. Close call, campers. CLOSE CALL.


Other than that, it is a leisurely Monday morning.  For entertainment, we watch the guy in the $350,000 motorcoach try to drive uphill after it had rained all night. He's trying to get unstuck and he's been at it all morning. (We heard he also got stuck on the way in.) He didn't get far until some folks helped out with a combination of 'rock and push' and moved it back about 25-ft.


We have breakfast and pack up the outdoor gear and then stow the indoor stuff. There is a large rig next us who makes a sharp turn to avoid the stuck motorcoach and pulls out off the field just as easy as you please.

The guy in the motorcoach has been given some pieces of 4x4 lumber which he is now jamming under the rear wheels. He's had multiple groups of people try to help and supposedly there is a tractor on the way to tow him out ... but no one really knows. I'm concerned about pulling our rig off the field, enough to walk the ground ahead and see where the mud and sinkholes are. But we make it to the road without incident. I feel bad for that guy, him watching the last rig in the field pull away and NOT get stuck.


The drive back to Florida feels endless and is filled with rain, gas stops and a dinner at Mexican themed 'Compadres' which isn't bad. We have a knack for finding mom & pop Mexican restaurants for our post-Bonnaroo meal and this place completes the ritual. The best thing about driving the RV/hovercraft is the cruise-control which we employ most of the way. We didn't stop to do a dump out since we used the toilet for #1 only and even then when it was most convenient, like the morning pee-pee. 'We'll just empty it later' we said. A week later, I greatly regretted that decision. 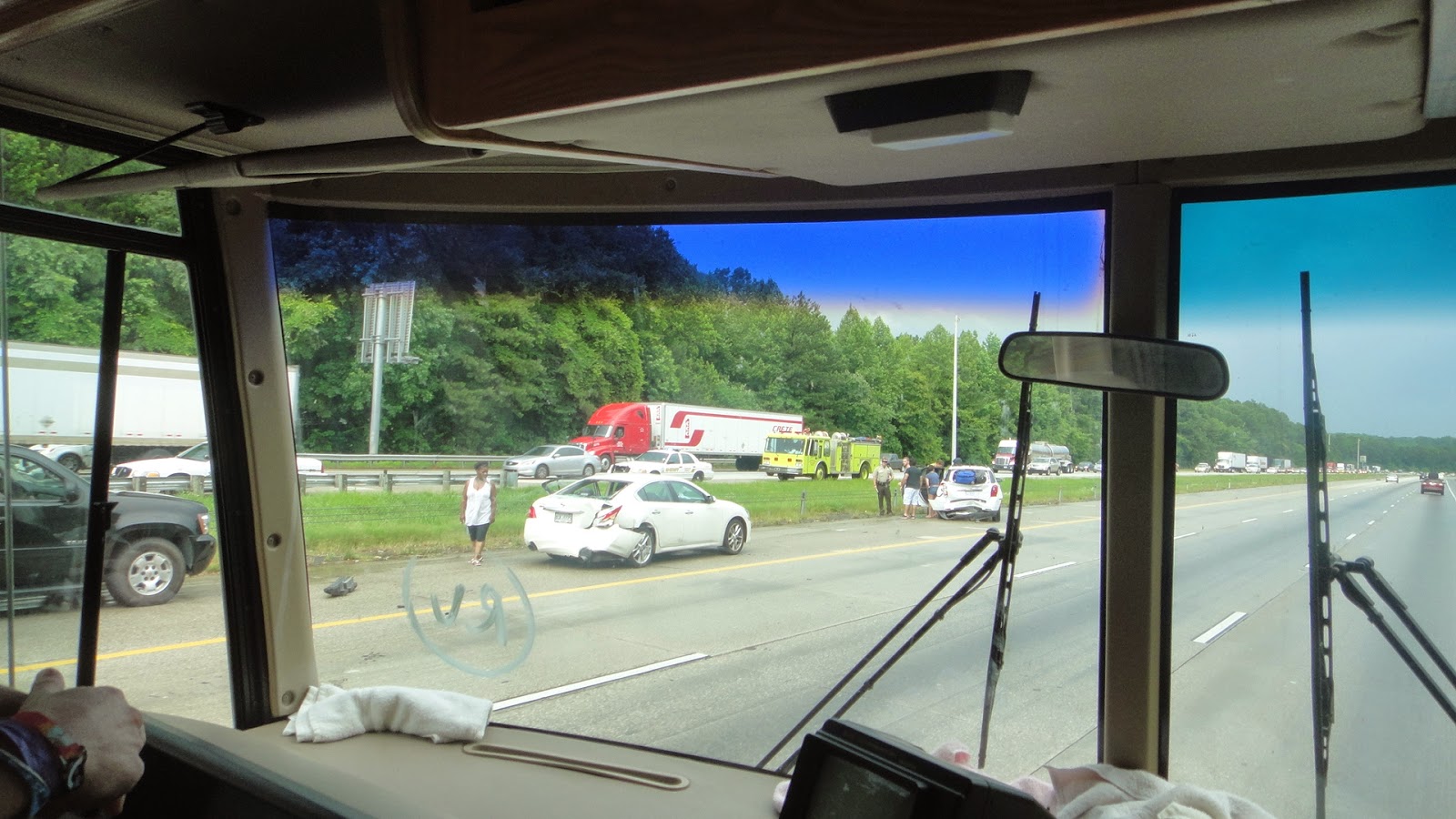 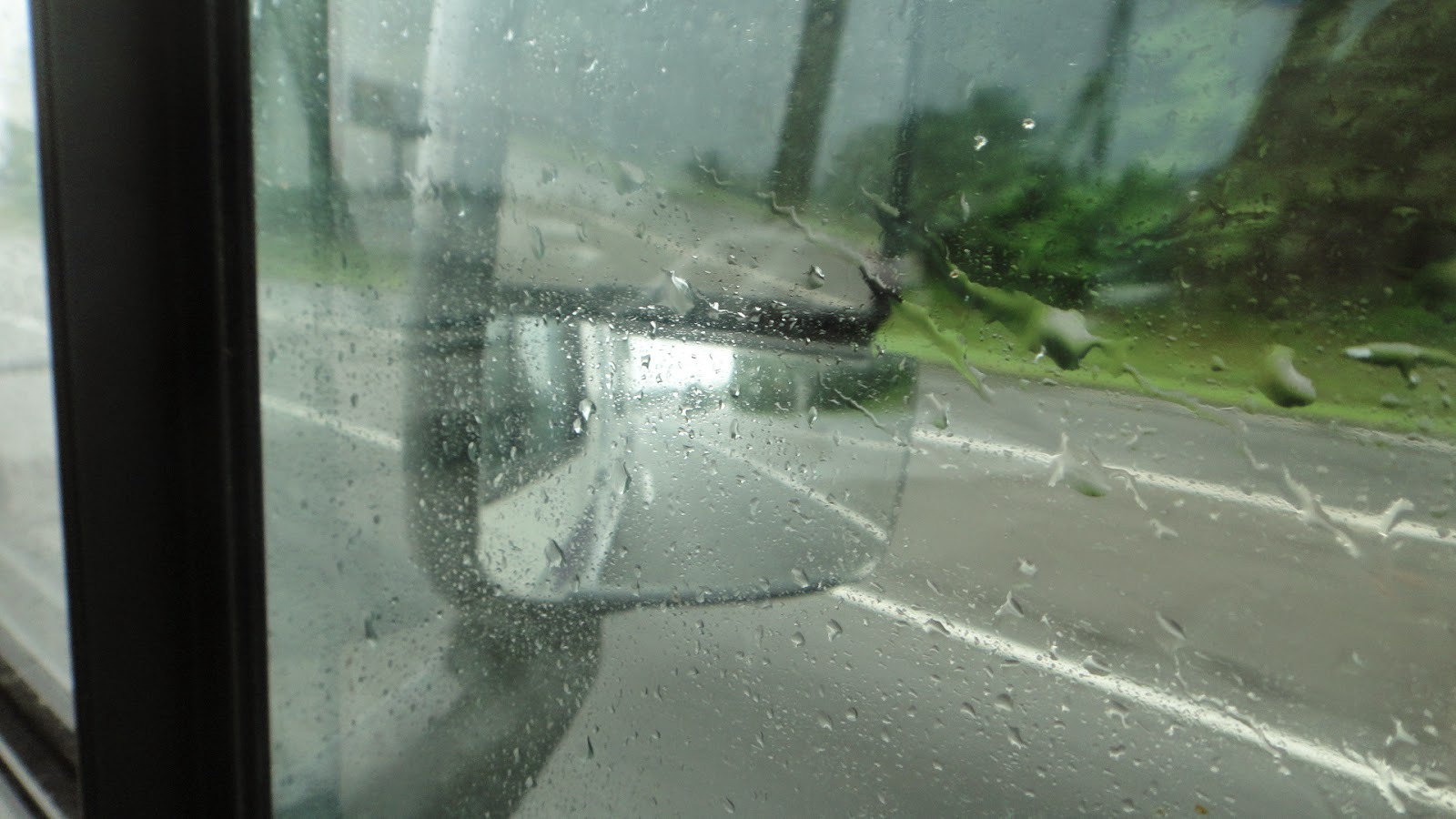 VIP Summary:  My first time this year, and I have to say it was worth every penny. Being camped less than a quarter mile away, rather than 4-miles like last year, was a lot easier. Plus, the entry line into Centeroo is immediate, with little or no lines ever. It's staggering to see the thousands in the GA line.

The What Stage viewing area has lawn chairs set down the hill with a bar at the top and bathrooms nearby. The hill is on the far side of Centeroo, so leaving a show takes a little longer. The Which Stage VIP areas are the best, in terms of proximity, but the Comedy and Cinema tent each offer nice perks too. Nothing found at This, That or The Other though.

Free showers whenever you want is nice, I waited in line only once and it was short. Air-conditioned bathrooms are great. Lounges each with a/c, internet (which gets crowded), seating, table tennis & puzzles, and a bar. This stuff sells itself, guys.

VIP offers accessibility to the major venues; camping proximity and quick entry into Centeroo; lounges and amenities on both sides of the fence; all of which makes the entire experience easier. The tradeoff is: GA is far more exciting as you actually engage with your neighbors and meet people passing through. VIP RV is eerily quiet, save for all of the generators buzzing.

The 2013 Bonnaroo Music & Arts Festival was a long, beautiful experience. I had the pleasure of meeting people from everywhere and I witnessed Sir Paul's legendary set. I had great food like the tots at Cracked, the Mac 'n Meat from Jim 'N Nick's and the $5 cookies I got from some guy during R. Kelly's set. I saw a lot of weird shit over the course of four days but the one thing I noticed throughout was how NICE everyone was to each other. I love that about Bonnaroo.  I also love the giant Nicholas Cage head. I love bodypaint and moonshine. I love the crazy bastards from Maine and the guy from Sweden. I love my buddy Raylon for joining me on this crazy trip yet again. I loved the mild weather this year. I loved that so many people found me!

Bonnaroo is in the heart, campers. Thank you to the staff and volunteers and all of you crazy, wonderful people for making this year the best yet.