Raylon and I actually drove to Shakedown Street for a cup of coffee and some scenery. Parked right next to a vendor truck, and they kindly wrote in the dirt on the car 'Park somewhere else', while we walked down the muddy street for some Joe and shopping.


Gary Clark Jr.
Gary is a monster with a guitar. His album contains a lot of slower songs, but live, he lays it down. His guitar solos alone are worth the price of admission. He's been compared to Jimi Hendrix. Go see this guy.

SETLIST: When My Train Pulls In; Don't Owe You A Thang; Please Come Home; Third Stone From the Sun; If You Love Me Like You Say; Third Stone Jam; unknown song; Things Are Changing; Bright Lights 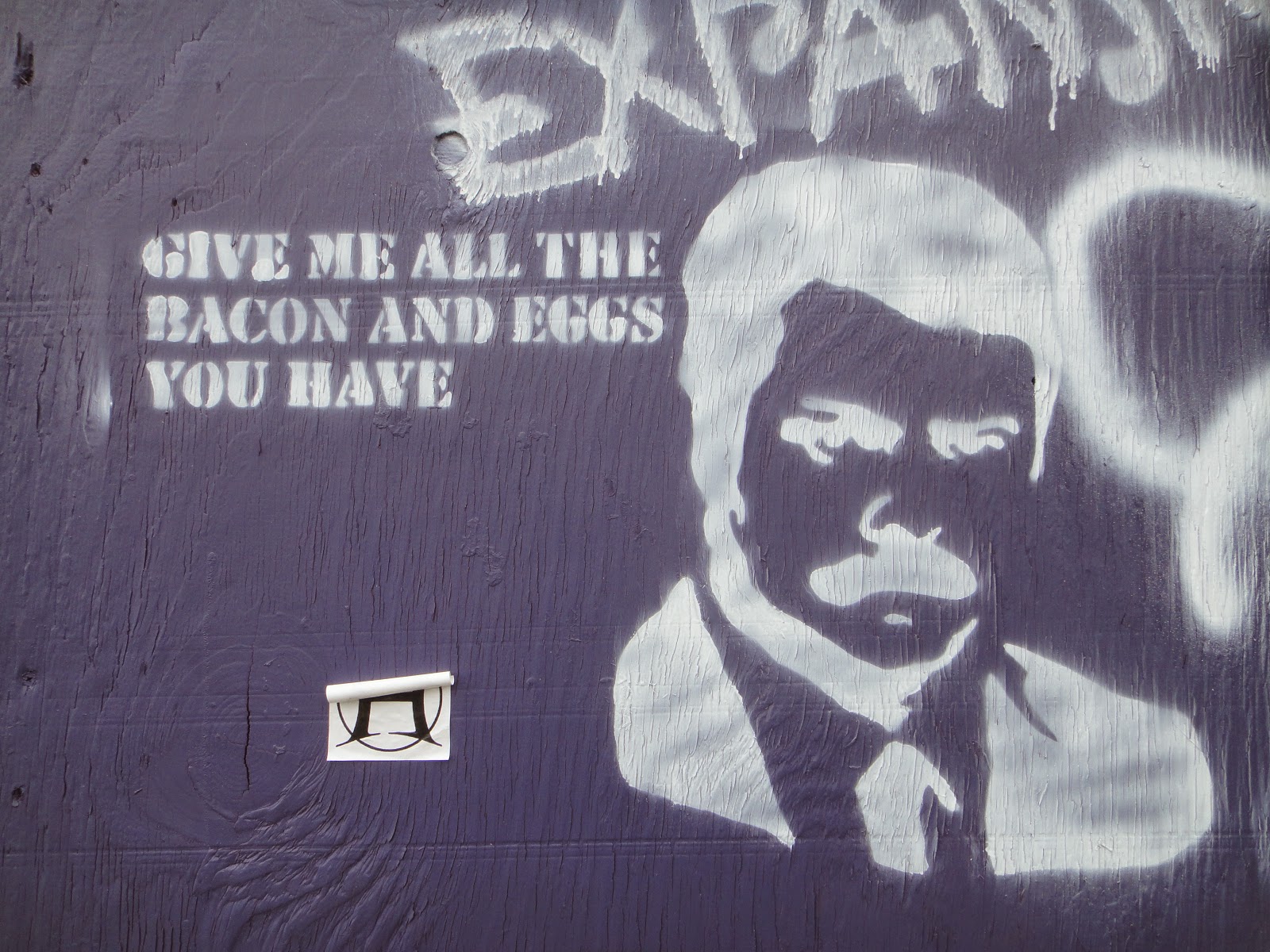 The Black Lips
I got to see The Lips at a show locally and instantly became a fan. They seem like insanely fun guys and their music demonstrates that, I think. I would have stayed longer but there were two other bands I had to see.

Grouplove
I've been listening to Grouplove quite a bit, which is good because they were fantastic live. They too, busted out with some Whitney Houston and the crowd went nuts.

The Beach Boys - 3:00 pm
Alright, I was actually not planning on checking out their set. But ... well, I've wasted too many an opportunity to see a band that no longer exists. They blew me away. The sound was loud and clear on the What Stage but what I noticed most was how many songs I recognized. Impressive stuff when the youngest guy in the band is 70-something. Plus, I got to have my picture taken with the guy who has half a beard.

SETLIST: Do It Again; Little Honda; Catch a Wave; It's OK; Surfin' Safari; Surfer Girl; Then I Kissed Her (The Crystals cover); Isn't It Time; Why Do Fools Fall in Love (Frankie Lymon & The Teenagers cover); When I Grow Up (to Be a Man); Cotton Fields (Lead Belly cover); Be True to Your School; Don't Worry Baby; Little Deuce Coupe; 409; Shut Down; I Get Around; That's Why God Made the Radio; Heroes and Villains; Sail on, Sailor; Sloop John B; Wouldn't It Be Nice; God Only Knows; Good Vibrations; California Girls; Help Me, Rhonda; Rock and Roll Music (Chuck Berry cover); Surfin' USA; Kokomo; Barbara Ann (The Regents cover); Fun, Fun, Fun


War on Drugs
They have a knack for making songs endless. (In a good way).


Ben Folds Five - Not a bad way to kill 30-minutes. Quirky and bouncy as always.

The Joy Formidable - 5:00 pm
I started listening to this band from the Spotify playlist. They put on an excellent show at the Farm.

SETLIST: The Greatest Light is the Greatest Shade; The Magnifying Glass; I Don't Want To See You Like This; Buoy; Cradle; Austere; A Heavy Abacus; Anemone; Whirring

The Shins
I only caught a couple songs by these guys. They sounded great. I debated on staying but I really wanted to see the next act. 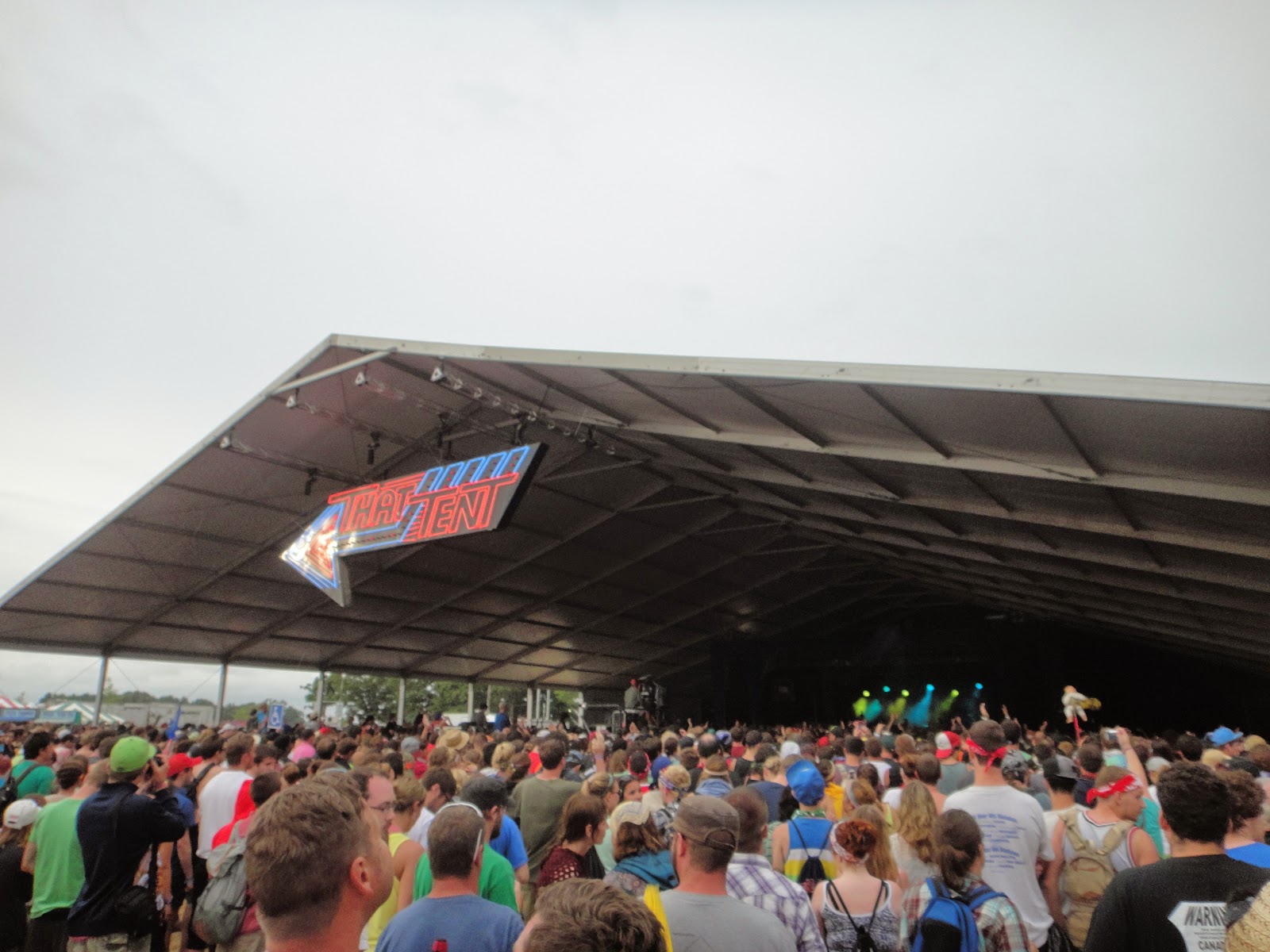 Fun. - 6:45 pm
Fun really lives up to their name. If you haven't heard their song on the radio, you need to get out more. Closing the set with The Rolling Stones was a nice touch.

SETLIST: One Foot; Walking the Dog; Why Am I the One; Light a Roman Candle with Me; All Alone; It Gets Better; At Least I'm Not as Sad (As I Used to Be); Carry On; Me and Julio Down by the Schoolyard (Paul Simon cover); The Gambler; All the Pretty Girls; Barlights; We Are Young; Some Nights; You Can't Always Get What You Want (The Rolling Stones cover) 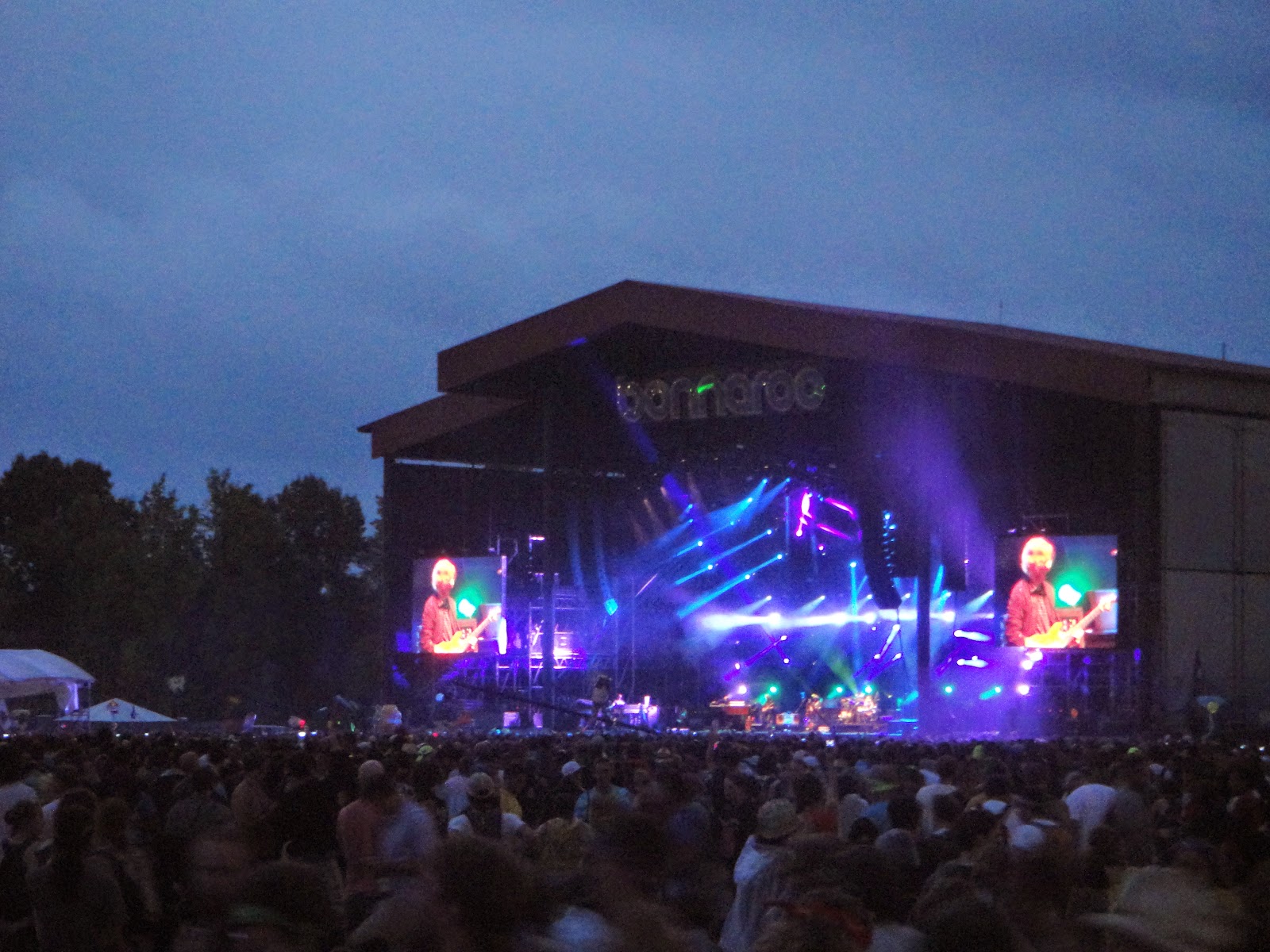 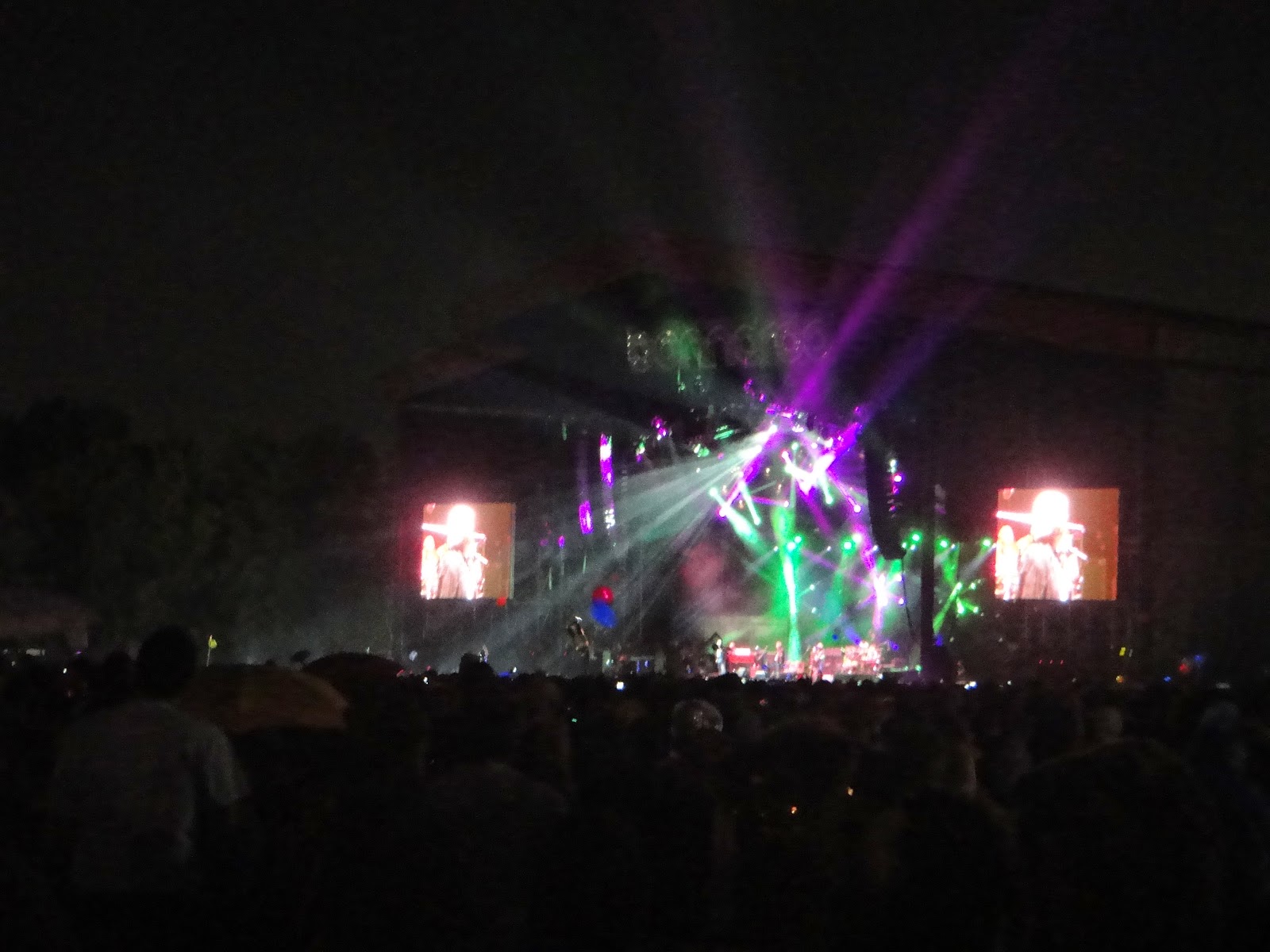 Phish
This was my third time seeing Phish. The first was in '96 at The Clifford Ball, the second was the 2000 NYE millennium concert in the Florida everglades. Two pretty amazing shows actually but this time didn't feel as engaging for me. They brought out Kenny Rogers for a rendition of The Gambler, which kicked ass. But by the end of the first set, the rain had started and as it became clear that it was going to be around for awhile, parts of the crowd shifted toward the exit. I'm sure the hardcore fans were in slippery, glowstick-throwing bliss but I was happy to go back to the campsite to recap the weekend. And when midnight struck, and Phish said goodbye (and it was still raining), the longest firework display I've ever seen started. It was loud, dazzling and put an exclamation point to a perfect weekend. Also, Chinese lanterns don't work in the rain. Give it up, people.

We stayed up, having a drink and making a late night meal, enjoying the last evening at our favorite festival.