We wake up to steady rain. After breaking camp we drove over to the showers for a good exit scrub where I promptly got the RV stuck in the mud.

After an hour of waiting for a mysterious service truck, Raylon and I found pvc pipes in a dumpster and used them as shovels to clear the back tires.  A little back-and-forth action and ... success! 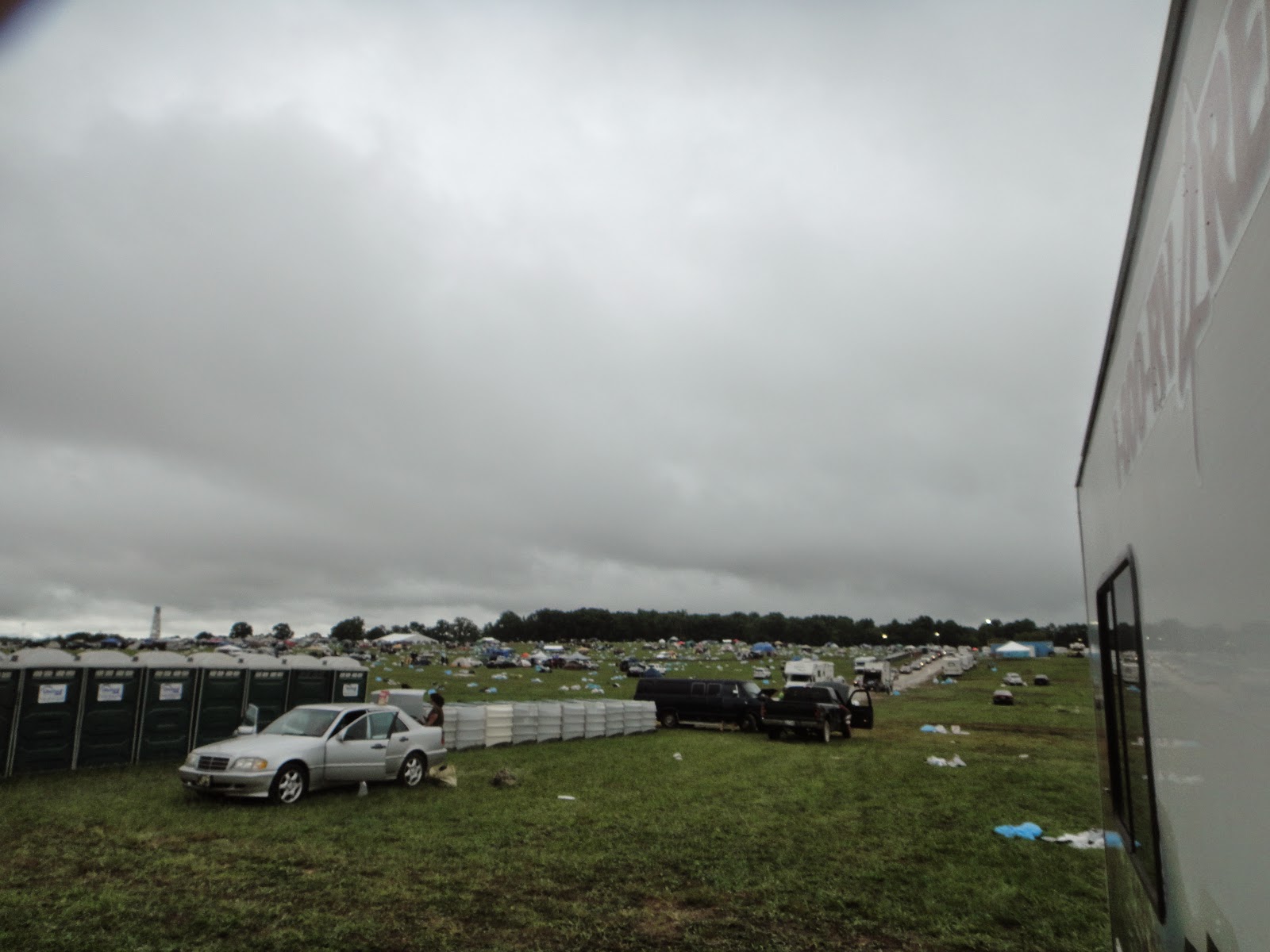 Then it was off to Atlanta for dinner at R. Thomas Grill followed by a party for local band The Constellations, (who have played Bonnaroo before.), at Smith's Olde Pub. It was the cd release party for their second album, 'Do It For Free'. They're cool cats and the they have a great live act. Catch 'em when you can. 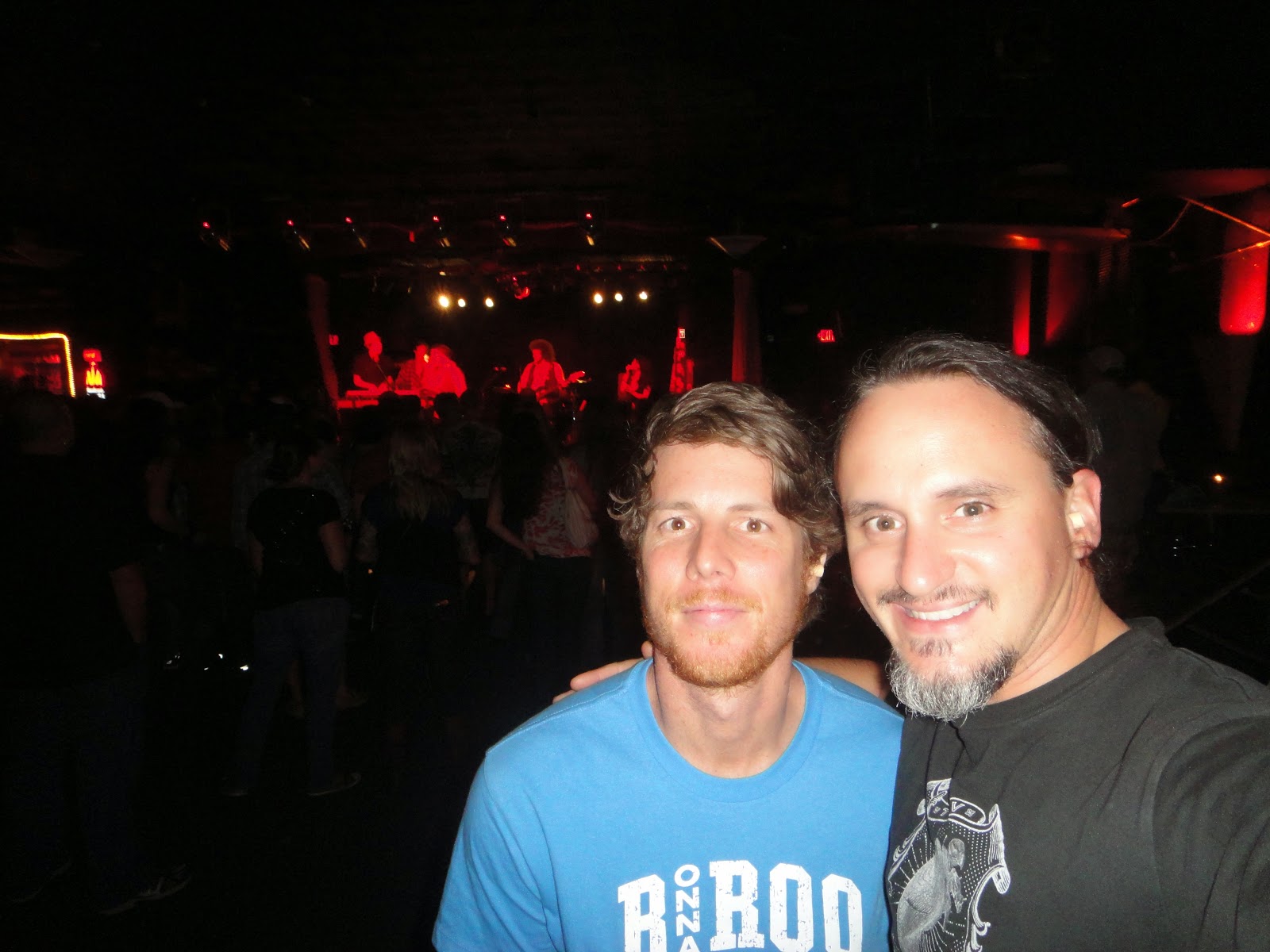 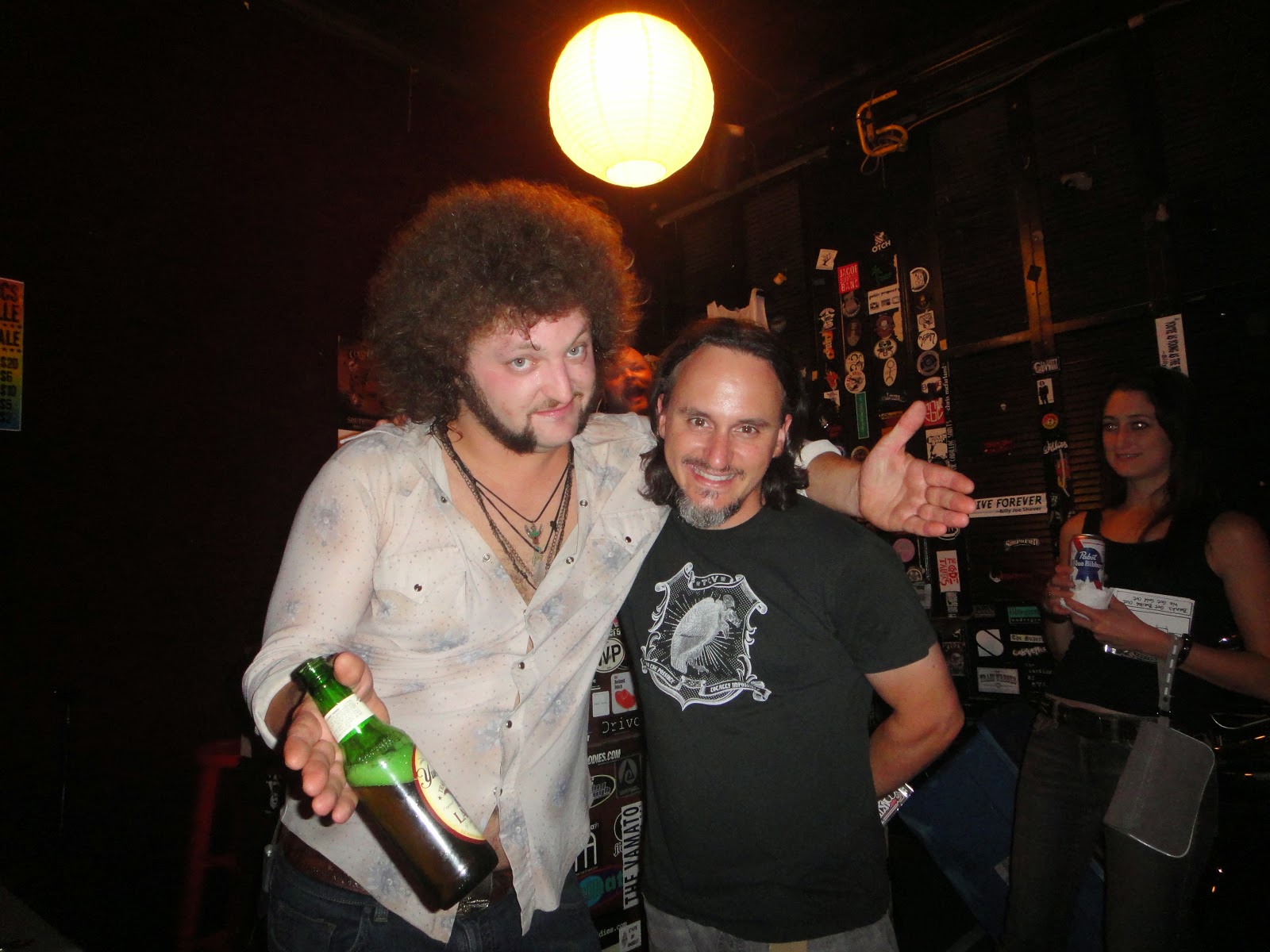 The Constellations rock! The band was preparing to embark on the Vans Warped Tour and we tried to give them a proper send off. The cheap PBR's helped. Luckily the RV was a parking lot away. The next morning we lugged ourselves back to life with the help of some Starbucks and headed back to Florida. :D

I handed out and strategically placed 500 stickers on the Farm this year. If I took your picture, you'll find it in my Facebook gallery. Say hi. If you took a picture of me or a sticker, email it to bonnaroochris@gmail.com. I'll give you photo credit, naturally.

The 2012 Bonnaroo Music & Arts Festival was phenomenal. The festival operators were well prepared and worked tirelessly. The weather was amazing. And while the shows were crowded, the festival overall was not crowded, as it was in 2011. All of this made for optimum conditions.

Plus: Deliciously awesome food vendors. Lot's of quality choices, from arepas to falafel, to spicy pizza to Petro's Chili.

Awesome people. I met an army of music lovers of all ages and from who-knows-where ... The Bonnaroo vibe was fantastic. Courtesy was abundant, as was generosity. A guy, at the Puscifer show, caught a second bag of peanuts from the band and tossed them to me. A thick wallet found in the pit between shows was passed to the security guy and taken to lost and found. People handed out bottled water to strangers.

It was inspiring to see and made the experience even more enjoyable. Happy Bonnaroo!