Friday is hot and steamy which means shade and hydration. The occasional trip to the porta pottie. Man, its hot.

Commerce takes place as salesmen roam the campsites selling wares. Drugs, t-shirts, posters ... all kinds of crap. I check out a tie-dye t-shirt a guy is selling. It's not great quality. He moves on.

Matt & Kim are ferocious. They give off blistering energy so early in the day and the crowd loves it. It is inspiring. We find a shady spot under a tree nearby. After their set its off to see Warren Haynes at the Which Stage. I'm a big fan but the sound is not great. This would become problematic for the Which Stage for years to come.


I hear Atmosphere playing This Tent as I pass by. Then I stop in to see the beginning of Wanda Jackson's set. Jackson, at 74, belts it out with a warm charm. The crowd showed her some love. I walk back to the Which Stage to catch Ray Lamontagne.  His sound would be the best of the weekend on that stage. His smooth voice came out loud and clear. I could only stay for a couple songs. 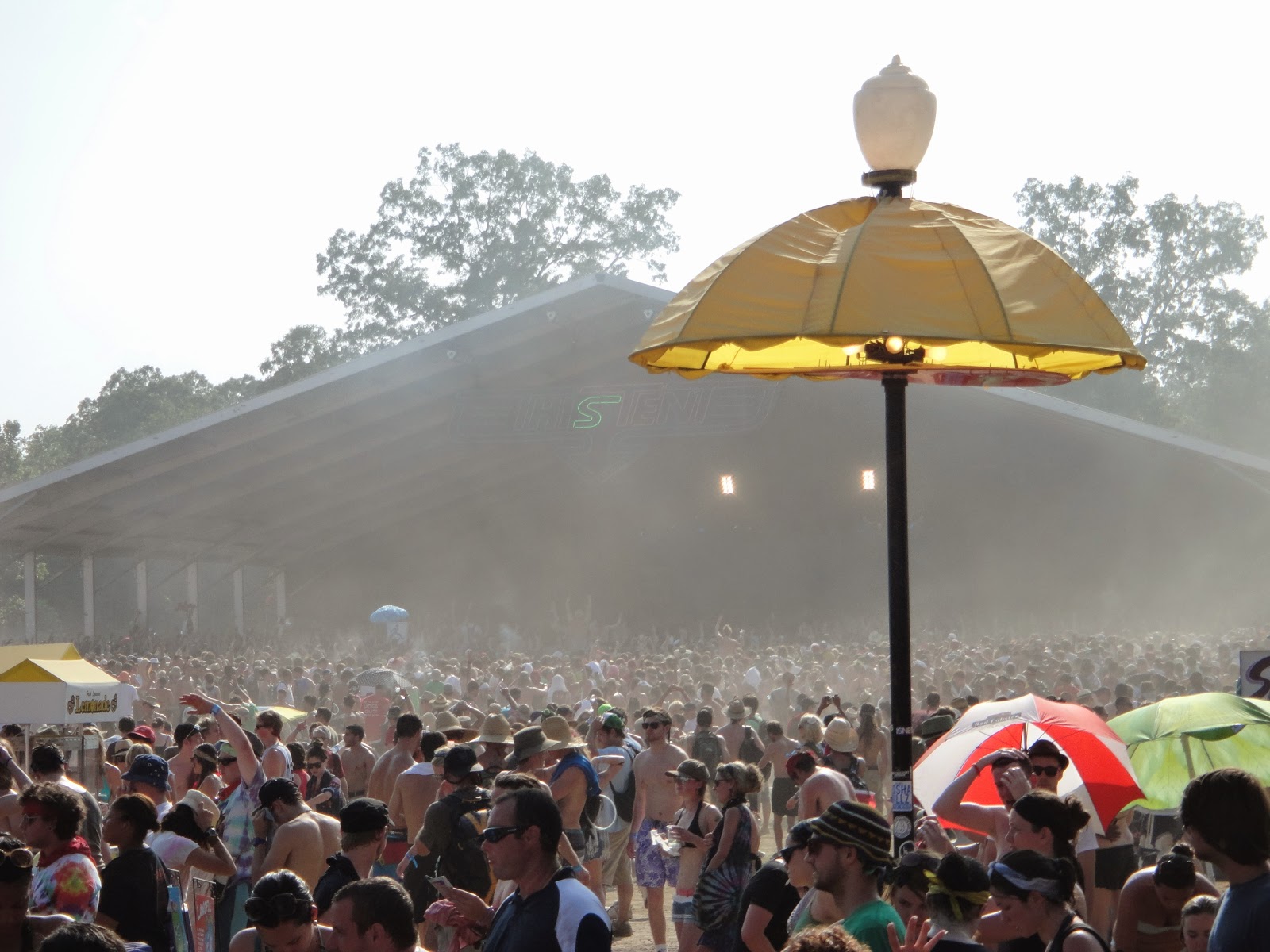 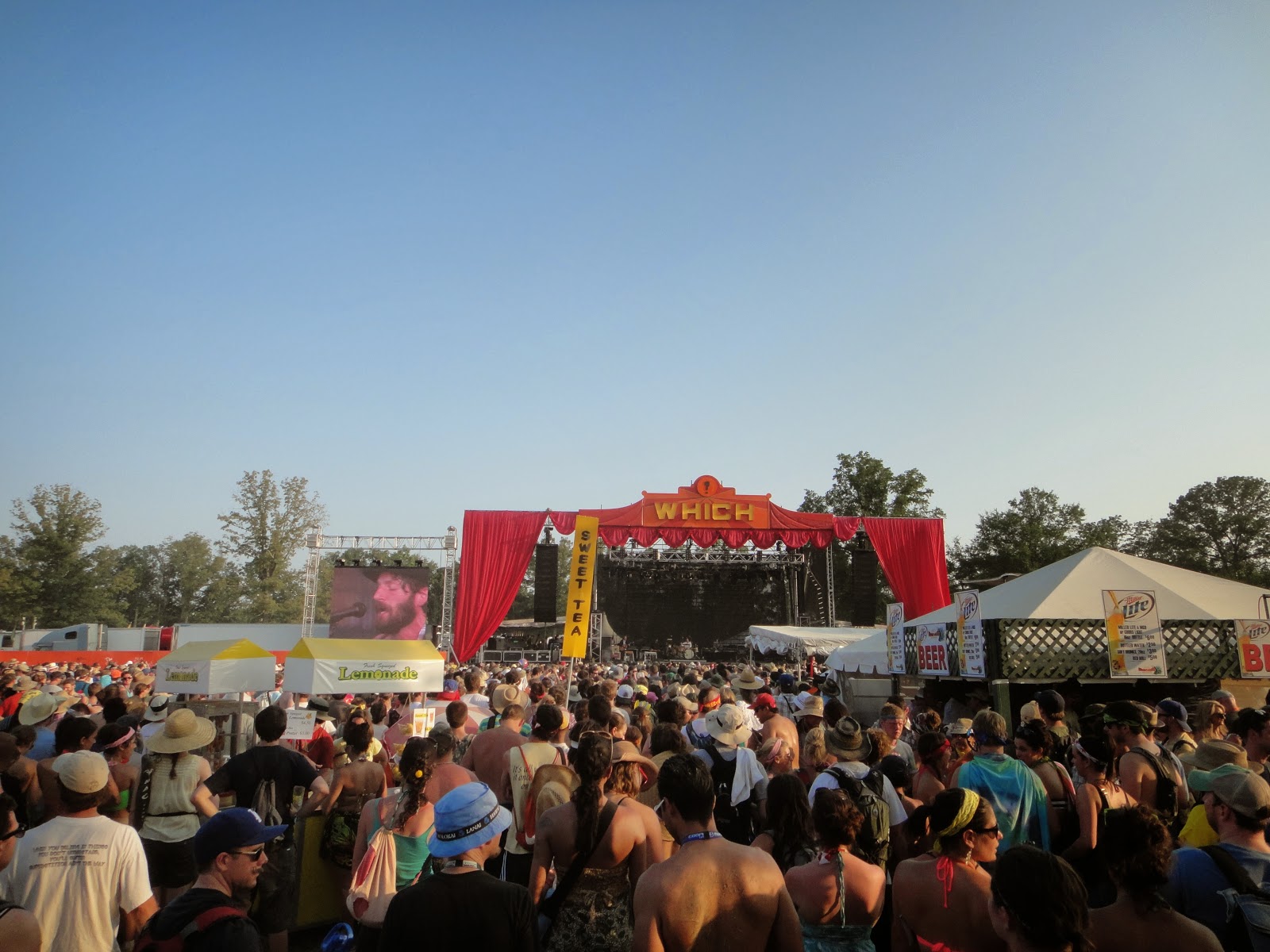 The crowd swells. I show up early to watch Florence + the Machine at This Tent. In years past, the tents and stages were always crowded but the distances between were relatively open. This year the sea of people was endless and the continuous action of swimming through the masses was draining.

I stayed for Florence's entire set. It was crowded and hot. But the music was great and the relentless sun was setting, making for a picturesque moment.

Back at the campsite for a groovy dinner, some of Koko's chocolates and an ice cold #9. I now wear a handkerchief over my face when traveling back and forth because of the dust. A lot of people do. We look like a bunch of banditos. Also, I'm sweating my ass off, it's so fucking hot. Even after dark.

We head back in, through the arch entrance, and notice a shimmer in the sky. It's hard to figure out what's going on. Turns out it's guys with parachutes, dropping paper helicopters that flutter to the ground with a blinking light attached to each one. They blanket the sky in a mesmerizing purple glow. I'm not sober enough to capture it on camera.

It was called Mission Icefly and it was an extraordinary moment. Video: https://www.youtube.com/watch?v=Rh-6owRbFvQ 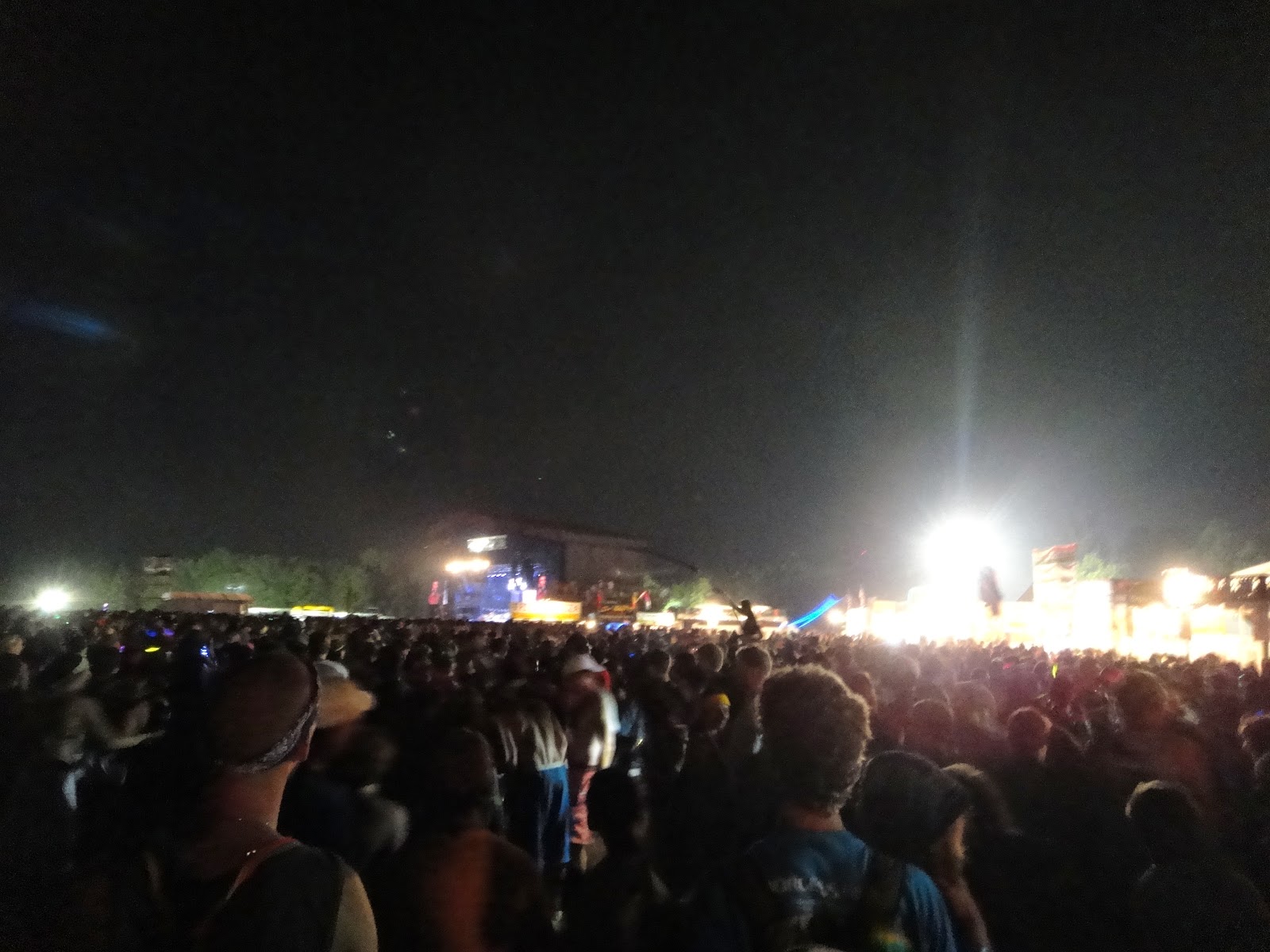 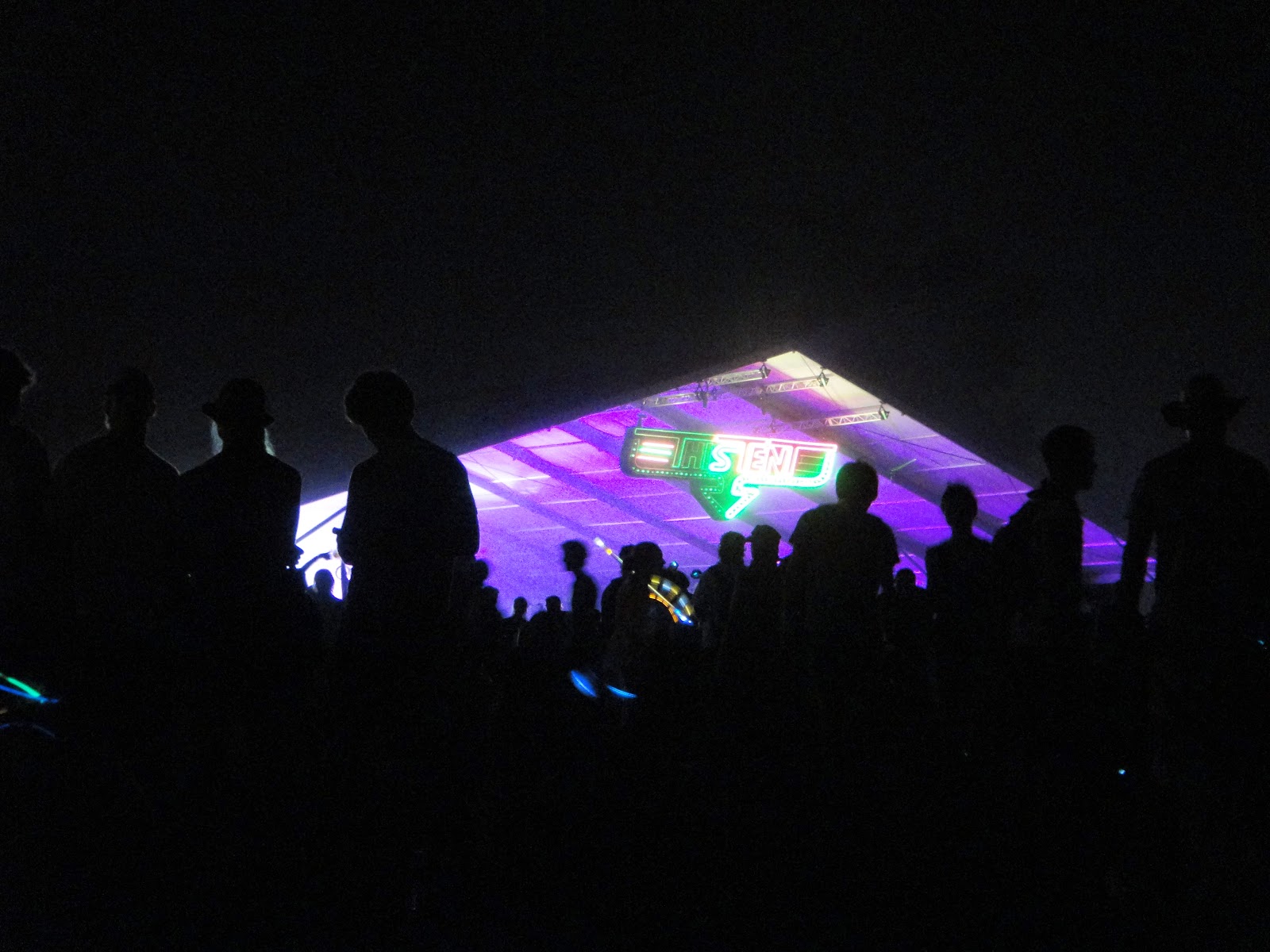 Primus is playing and for the first time in my life, I'm actually getting the point of his songs. Centeroo is awash in people - walking, dancing, standing, sitting, sleeping. We get our bearings and set up at the What Stage for Arcade Fire. No sound issues here. The band is ultra clear.
"Alright you fucking hippies, let's do it."

The crowd dances. We stay for the entire set and want more at the end.

We end up watching the rest of Bassnectar's set with crazy-loud bass and a dizzying color lights display. In front of us is a young man with two identical light sticks, (they are 3-ft long and battery powered.) He dances in perfect symmetry with them, seamlessly making it look like one long stick and alternately a hinged machine. We refer to him as the 'jedi.' He is tireless.

Lil Wayne is now loud and swearing. Binoculars get misplaced. Time to go back to the tent for the post-concert review. Later, I put in my earplugs and have really weird dreams.