Saturday morning brought no rain but great cloud cover which kept everything nice and cool. Everybody took advantage of it. But, by the afternoon the clouds gave way to sunshine and humidity. We stayed relaxed and got in some extra nap time. We are on vacation, aren’t we? 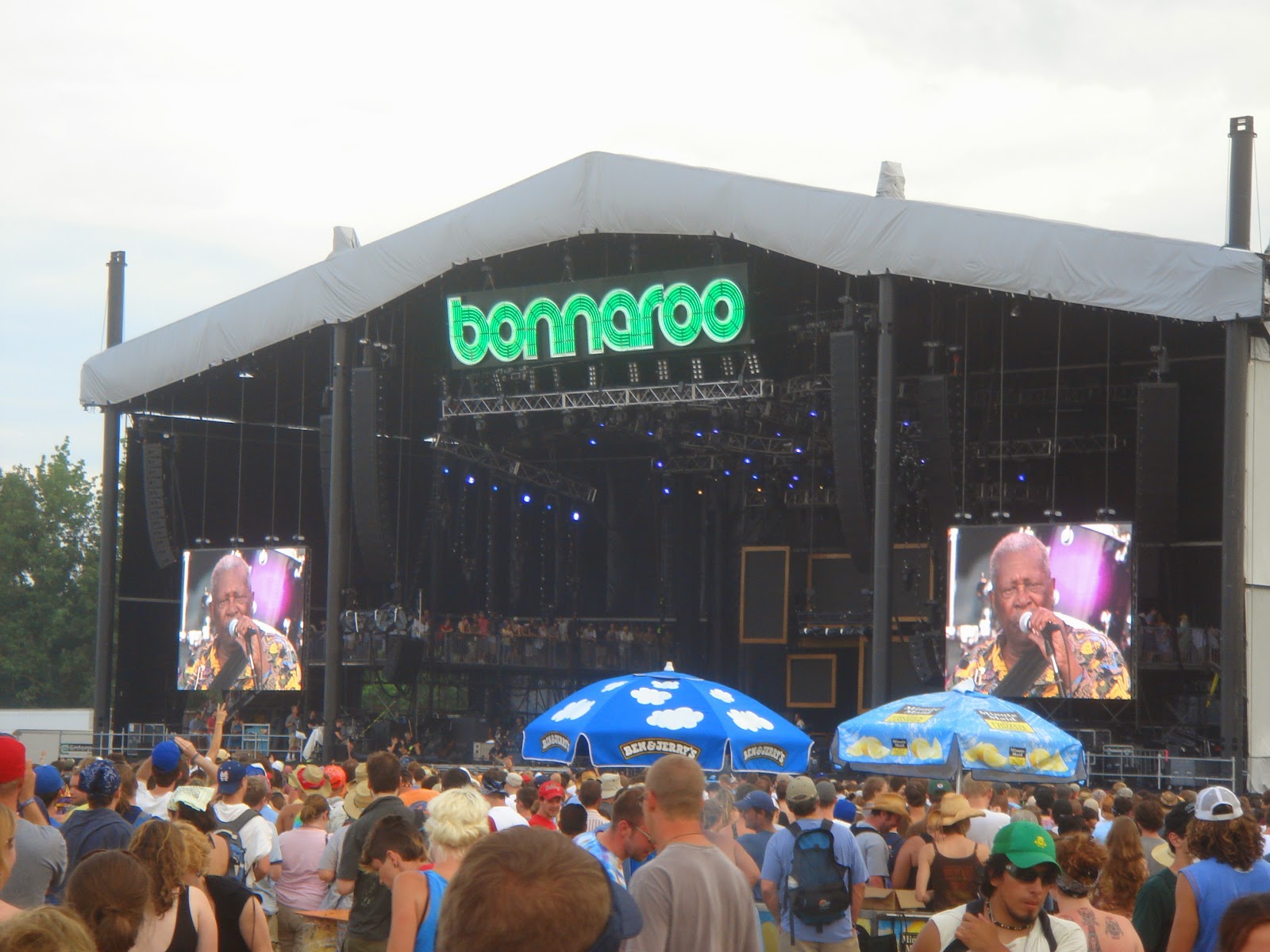 And after an early dinner of steak, garlic mashed potatoes and a brownie - we went in to see the legendary BB King. The man is 82 years old but is just as humble and feisty and talented as you please. He played a song for the ladies, inducing the crowd to sing “My Only Sunshine.” Then he played one for the boys, roughly called “Just Because I’m Over 50 Doesn’t Make Me a Dirty Old Man.” He made references to Viagra. He ended with 'Thrill is Gone" to a pretty big audience. He repeatedly thanked the crowd and offered a lot of love. And the crowd loves that stuff, man. 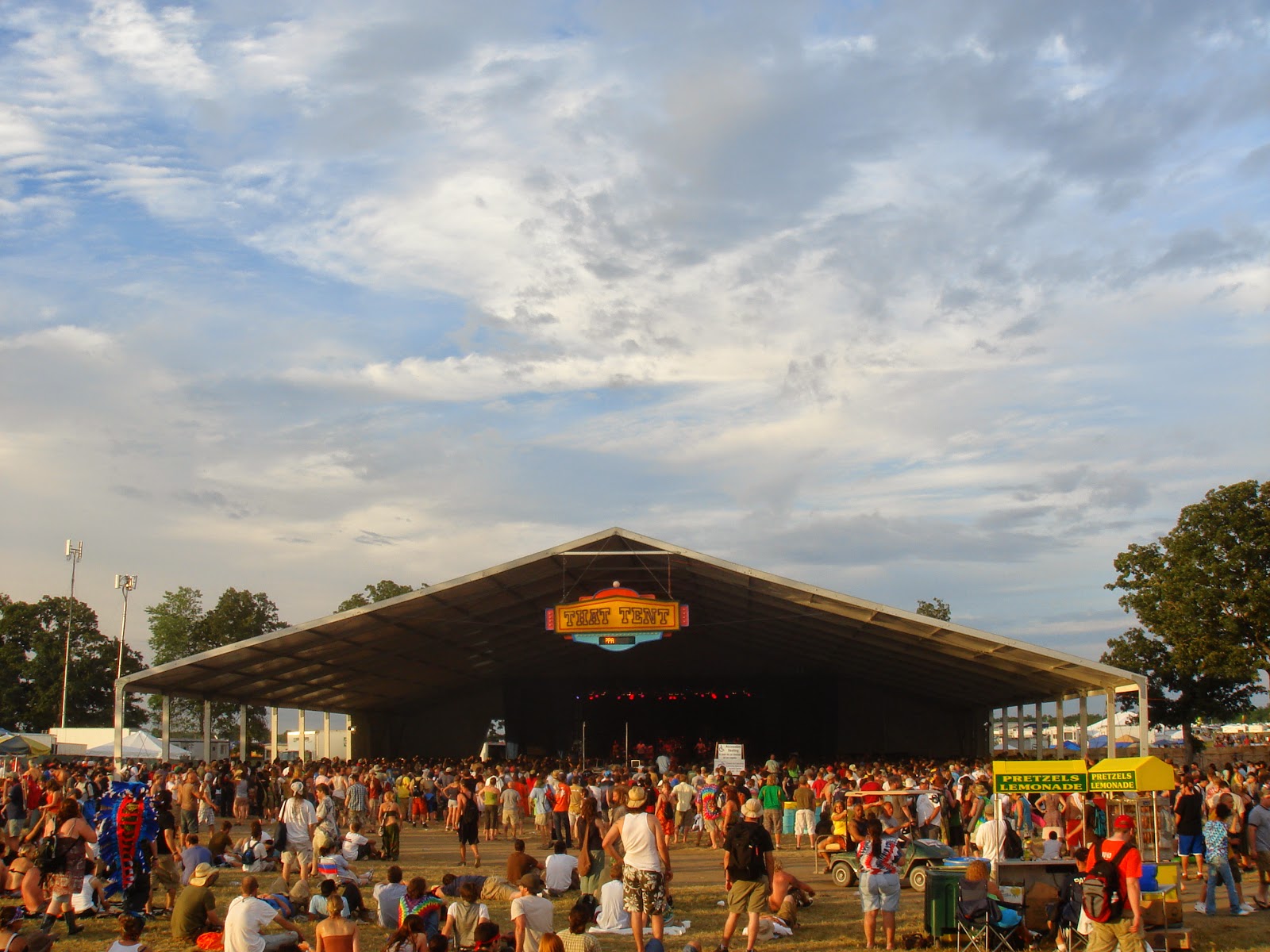 After BB, it was off to see some of Zappa Plays Zappa. Zappa Jr plays Zappa Sr’s music. It was very ethereal, non-sequential music. Not saying its bad, it’s just unique.

And then, because my friend E-d suggested it, we watched Levon Helm and the Ramble on the Road. This was a truly talented group of individuals who played to an overwhelmingly enthusiastic crowd. Levon took a turn playing the drums (while singing). A great musical act.

We went back to the campsite for a cold beer and a brownie then came right back to watch Pearl Jam in action. We stayed farther back in the crowd this time. (And closer to the beer tent.) Pearl Jam started at 10:25 pm and were scheduled to play until 12:15 am. They played an hour longer. They played a cover from The Who. They played three sets featuring amazing versions of “Rearview Mirror,” “Crazy Mary” and “Alive.” They played "Evenflow," "Animal," Life Wasted, "Daughter," "Black," Betterman, and "Elderly Woman ..." Not necessarily in that order. 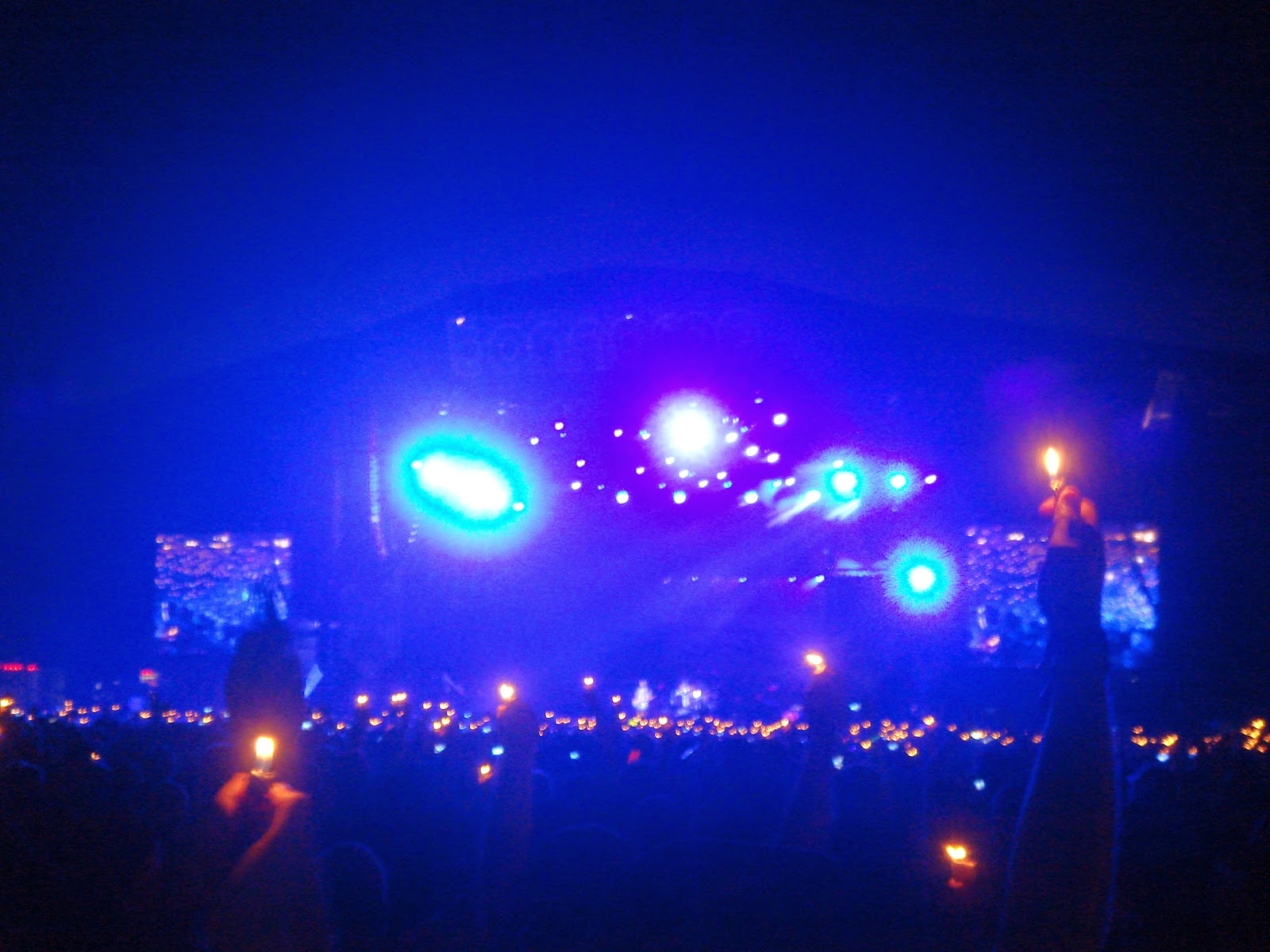 They also played a song called “No More War” that Eddie Vedder dedicated to
Thomas Lyons. Lyons, is an Iraq vet who is wheelchair bound and recently went into coma.

They closed their set with “All Along the Watchtower” by Jimi Hendrix. This band showed some grit. And aside from Eddie’s short political rants – it was a long and amazing performance.

Back at the campsite we debated on staying up to see Kanye West perform. He was scheduled to go at 2:45 am. I awoke from a nap in time to go but decided to go to back to bed instead. Good thing. Kanye didn’t go on until 4:25 am. Blame was placed on Pearl Jam’s late performance and the difficulty of setting up Kanye’s elaborate set, but even that was done at 3:30am and the artist still failed to show up until an hour later. Supposedly he failed to address the crowd about anything, much less the delay.

The next day I saw port-o-lets, walls, signs and people painted with the slogans “Kanye Sucks” or “Fuck Kanye.” Chants of these same slogans could be heard throughout campsites and concert fields for the duration of the festival. Bad Kanye. Bad.