8:30am. Not feeling good. There are small sheets of sandpaper under my eyelids every time I blink. And my throat feels raw and painful. A sure combination of yelling and the inhalation of smoke, dirt, muck and who knows what else. I had noticed some people wearing bandanas over the faces the night before. Now I know why. Curiously, I found that salty potato chips soothed my throat. I threw in a brownie for good measure. It's the last day of Bonnaroo.


I stayed shaded for most of the day, heading out to see Wolfmother at 2:30pm. We pulled up sorta close to the stage, which was already crowded. By the way – these guys kick ass. They are all about rock & roll and sound like they just stepped off a bus from the seventies. It is quite a unique sound…

But the sun and my throat were annoying me so I retreated, planning with Mike to meet after the show. I ventured into Centeroo – still listening to the show – but wandering in and out of the shops, (and in and out of the shade!), inspecting the various wares. There were odd articles of clothing, pottery, hand wax molds, hammocks, environmentalist groups, music shops and mom & pop vendors. But big business was represented as well. Coleman had a huge tent to showcase lanterns, stoves and most notably, inflatable furniture – which were filled with bodies in various states of consciousness. Trojan stood nearby handing out free condoms. Gibson Guitars displayed lots of wares in the Sonic Village, which offered its own small, bluegrass stage. And in the very center of Centeroo was the fountain, a popular hangout in the hot sun. Wolfmother wrapped up their jamming set, and Mike found me near the giant bobble heads that look cartoonish and strangely familiar. Not sure why.

We headed back to the site for shade and refreshment but popped right back around 7pm to catch the eccentric The White Stripes. Jack and sister/former wife, (they are not actually siblings and have been married and divorced. She was later the maid of honor when he remarried.), ripped into an amazing set. They played the new “Icky Thump,” “Blue Orchid,” as well as the Napoleon Dynamite song “Were Gonna Be Friends,” ending with the pounding “Seven Nation Army.”  Jack might be a bit weird – but with a guitar in hands, he sounds like he was born with it. There were only two of them on stage but they made a hell’va lot of noise. I look forward to seeing more of them. It was during this segment that a young red head with green-eyes pulled up next us. Her name was Meagan and she was too short to see the stage over the crowd. I took a picture and showed her the camera LCD remarking, “This is what you’re missing.” “Funny,” she said with a dry but friendly smile.

Widespread Panic was playing in the distance. A notable band and one of the true veteran bands of Bonnaroo, (I think they’ve played each one…), but Mike and I headed back to the site. We were tired, dirty and thirsty. Bonnaroo had kicked our ass. It was on the way home that night that constant foot traffic stirred up so much dirt that it looked and felt like a sandstorm. Blurry figures emerging from light and dark…

Luckily, the fucking chafing had gone away. 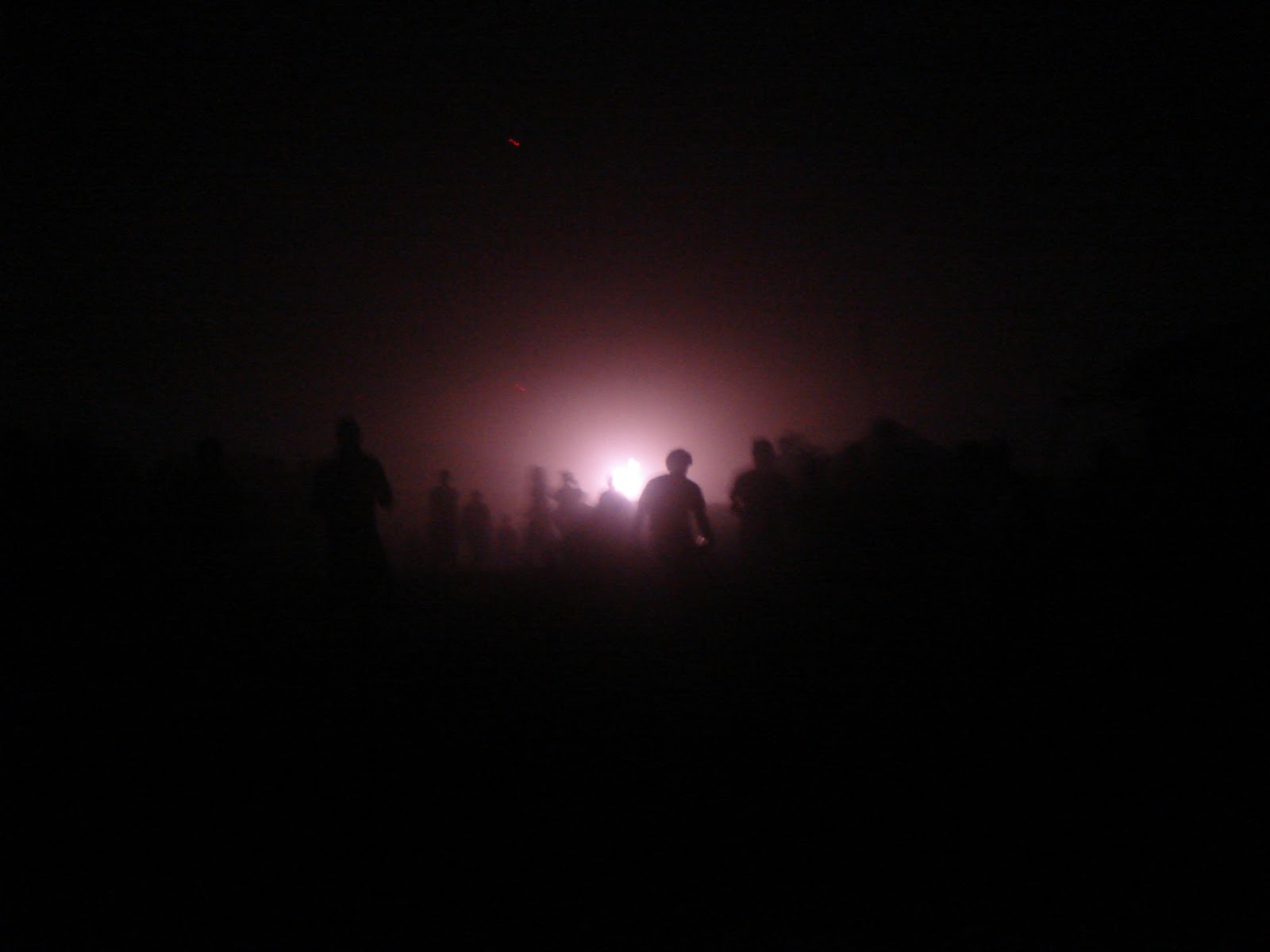 I feel asleep listening to Widespread Panic. They were the last band to play Bonnaroo, you see – and being the faithful veterans they were, they did not disappoint. They played an extended set. For everyone else that ended early, they played longer – into the wee hours. I didn’t have a watch on at the time and couldn’t tell you if it was 1am or 3am. But I heard the finale. I heard the song crescendo and the overwhelming burst of the crowd. I smiled, alone in my tent. True, I was not there – with the crowd. But I was here, at Bonnaroo, sharing the same small patch of earth that would, incredibly, be the state of Tennessee’s 6th largest city for the weekend. (No kidding) And as the crowd came bustling back into the campsites, (hello sandstorm), they cheered back and forth. All it took was one person to shout “BONNAROO” and the rampage of cheers reverted – louder than the day we arrived. If I had had the energy I would have got up and given every single one of them a high five.