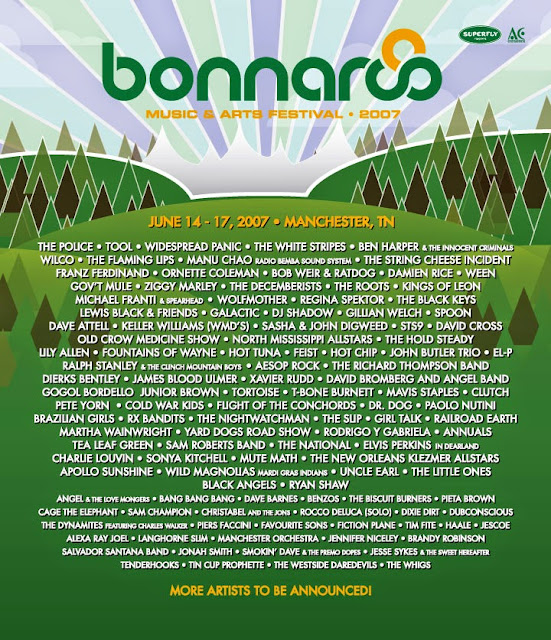 My buddy Mike and I were up until 1am loading the truck, (just barely - we had to leave a couple things behind), and making final preparations. We got a couple hours sleep and hit the road at 4am sharp. The drive north from South Florida was fairly uneventful. It took 10.5 hours to reach Manchester and we traded driving duties every time we filled the gas tank. We crossed from Georgia into Tennessee, back into Georgia, back into Tennessee, over mountains and gained an hour as we entered the Central Time Zone.


We hit the line of cars entering Bonnaroo about 14 miles from the entrance. They direct Bonnaroo traffic onto the road’s right shoulder to clear the interstate. We expected the long wait and had stopped a couple exits prior to top off the tank and visit one last real toilet. The line moved slowly, as expected, until we sat still for well over 40 minutes. We realized, along with our fellow Roo'ers, that a broken down RV had held up the line, blocking the view of the actual line which was now way up ahead, (this happened a lot actually). It took us about took 4 hours to get in. (There were rumored reports the some people waited 18 hours!)

Once in the site, we were directed into lines where cars were alternately searched. The big thing about Bonnaroo is NO GLASS. What’s funny is that so many people choose to ignore such a simple rule. Many cars were seen, pulled over, pouring cases of warm, bottled beer into milk jugs. All that work did not appear fun and only served to hold the line up longer.


The young female volunteer who was to search our car, first asked standard questions:
“Do you have glass containers of any kind?” and,
“Do you have any LARGE amounts of drugs?”
I was delighted to tell her no on both counts and that we took pride in the fact that we converted all of our packaged food to Tupperware and not only did we not have any glass, we would have very little garbage to dispose of as well. Music to her ears. Certainly searching our truck would have been a serious undertaking. It was completely full. We had left behind a lawn chair, guitar and bottles of water as they simply wouldn’t fit. She gave a cursory inspection and waved us on.

We stopped to have industrial armbands applied, which would serve as our all-purpose tickets to everything in Bonnaroo. Do NOT remove them, we were warned.

Then it was back to the line of traffic, on dusty roads, which curved around soon-to-be packed campsites. We were loaded into our site, (later we found out to be Camp Boba Fett), and let me tell you, they pack ‘em in there like squash. Car, tent, car, tent – a sea of metal and canvas.

We setup up two flags on top of the truck, Bob Marley and the Florida Seminoles, respectively. We had a large sun tent for shade, complete with table, chairs and stereo. (Bonnaroo puts on its own radio station on 101.5 fm, playing music from past and upcoming performers so you get a taste of everything.) One of the neatest things to witness was the instant camaraderie. All it took was someone to scream out “BONNAROO” and the hoots, hollers and yells spread out like a wave. From everybody. Every time. Me included.

Before I go much further… I have to explain that Tennessee, (like Florida and many other states), is in the middle of a drought. The ground is a mixture of dusty grass and some of the roads are simply bare dirt and rock on hilly terrain. The ground was so hard that a tent stake would not go in without a pounding from a mallet. And even then it bent 50% of the time. And most noticeably in the walkways and roads – the ground was rippled, like water. As a result, dirt was everywhere and covering everything.
We had the camp setup and cooked dinner by sunset. Dinner consisted of hot dogs, chips and salsa, a cold beer and a brownie for dessert. Everything was super cold in the coolers. Thanks, igloocoolers.com!

The first band we were seeing, Clutch, didn’t start until 11:30pm, so we wandered into Centeroo in the late evening. We saw a drug deal along the way, (the first of many), horse mounted security, possibly the biggest tarp I have ever seen in my life, and a gorgeous cowgirl. 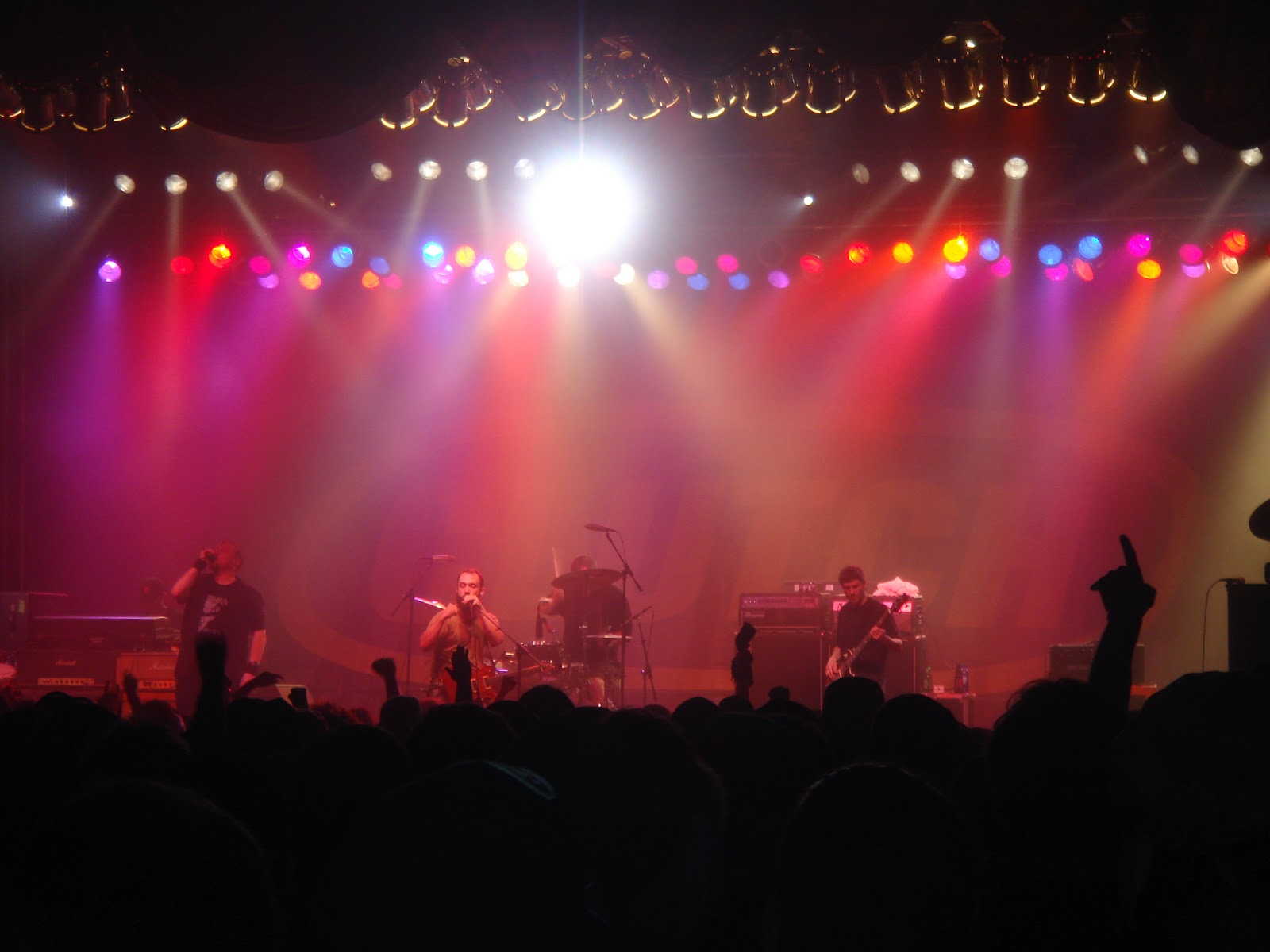 Centeroo has only two entrances/exits and they are gated with security staff that searches each person upon entering. I suppose it's a necessary process to keep out machine guns and bongs but it does create quite a logjam. Once in, you are free to roam to an abundant amount of activities:

Two main stages: the What Stage [capacity 100,000 people] and the Which Stage [capacity 30,000];
Three “Tents” which are actually permanent structures: This Tent, That Tent and The Other Tent; as well as actual tents that encompass vendors, comedy clubs, video arcades, cafes, bars, a jazz club, and a movie theater. And while the music might not be playing full time, Centeroo is open twenty-four hours a day.

We watched Clutch at This Tent, (everybody is suddenly Abbot and Costello when you ask for directions), and the band put on an explosive show and it was a great warm up for the weekend.